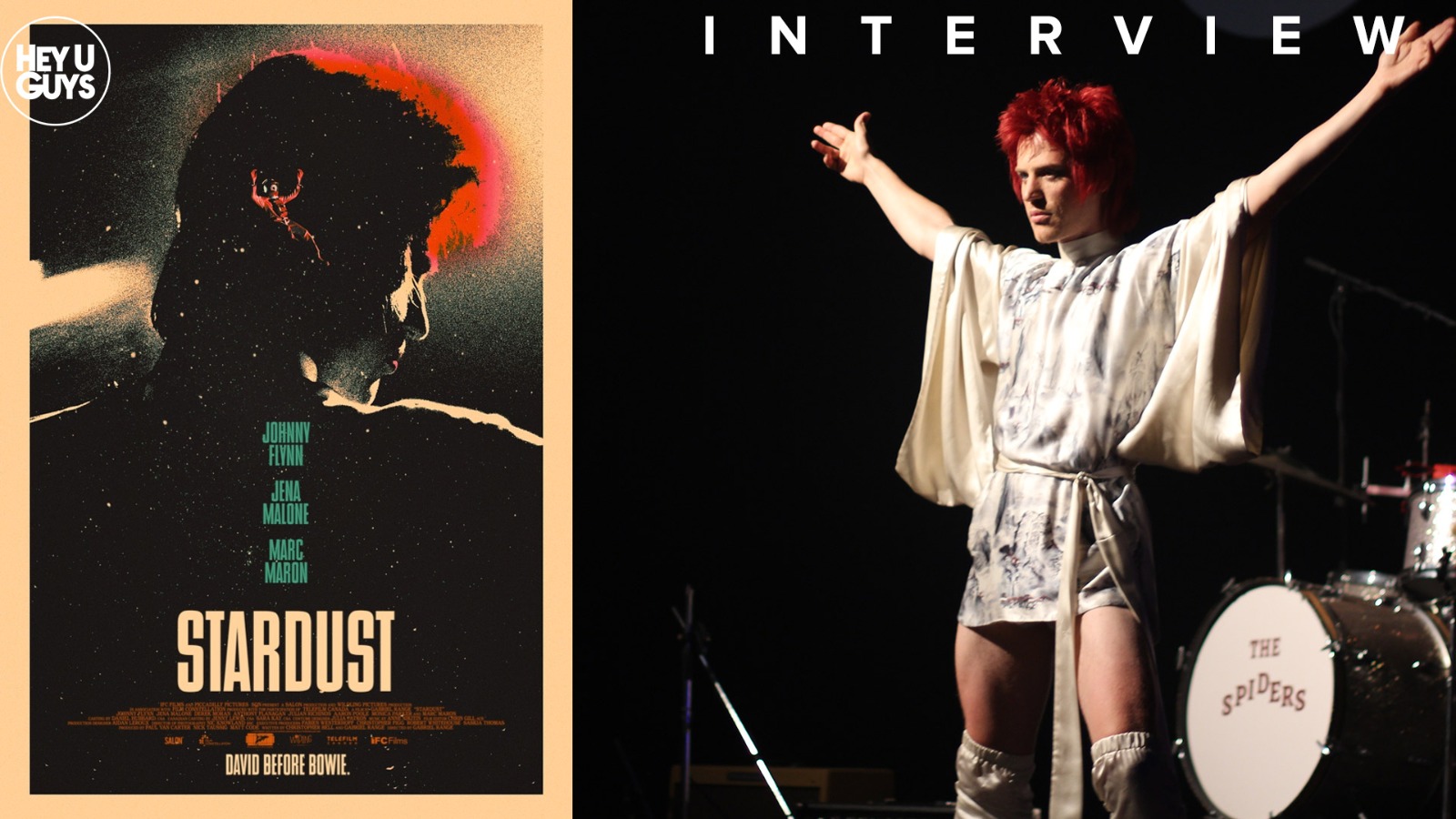 There comes a certain degree of pressure when bringing the story of David Bowie to screen, or even in the case of Stardust, a small part of it. But leading star Johnny Flynn and director Gabriel Range don’t seem particularly phased when we spoke to the duo last week on Zoom, though one thing we did discover during our chat: don’t call this a biopic.

Flynn talks about getting in to the head of an elusive presence like Bowie, and whether his own relationship with the artist’s work has changed as a result of this project. He also tells us whether understanding the anxieties of Bowie has helped him come to terms with his own. Meanwhile Range talks about what changes he made when he signed up to the project, and what it was about this specific part of Bowie’s life that appealed to him. Given the lack of collaboration with the family of the subject, we also asked about the score and how they went about capturing the essence of the musician, without using any of his actual music.

Watch the full interview with Johnny and Gabriel here:

Singer David Bowie reinvents himself as Ziggy Stardust while touring America to promote his new album “The Man Who Sold the World.”

Stardust will be released on digital platforms from 15th January