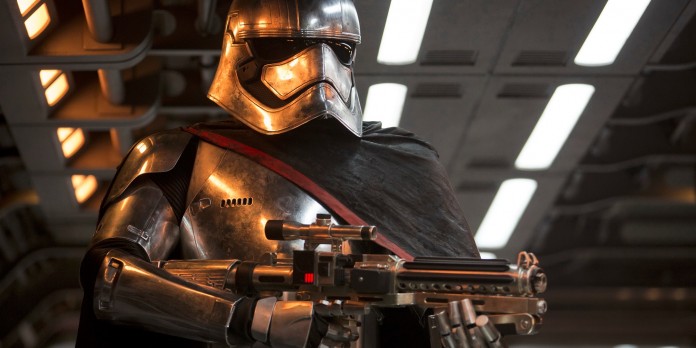 Star Wars: The Force Awakens isn’t just the most highly anticipated movie of Winter 2015; it’s also the most secretive. There have inevitably been some leaks (Lucasfilm can’t have been happy with all the concept art and potential spoilers which have been doing the rounds), but for the most part, we all still know very little about what’s to come in this new trilogy.

Even after all that, we still have a long list of unanswered questions about the J.J. Abrams directed movie. Unfortunately, we don’t have the answers to them, but if you guys think Disney has revealed too much, here you’ll find the ten biggest mysteries which likely won’t be resolved until Star Wars: The Force Awakens hits the big screen this December…

What were the best and worst toys from Force Friday? You can find our thoughts right here.

10. Is Rey A Member Of The Skywalker Clan?

J.J. Abrams has already teased that there may be a very good reason why Rey’s surname has yet to be revealed, but could it be that she’s the daughter of Han Solo and Princess Leia? Luke Skywalker’s narration in the second Star Wars: The Force Awakens teaser seemingly featured him telling someone that they too had the Force like everyone else in his family, so many fans have assumed that he could have been talking to his granddaughter.

Someone doesn’t need to be a Skywalker to have the power of the Force of course (Rey might be a descendant of Count Dooku; there was a rumour that one character would be after all), but it’s pretty hard to imagine this new trilogy not having a new Skywalker to focus on.

Star Wars Day Mouth Off: What the Future holds for the Galaxy far, far away