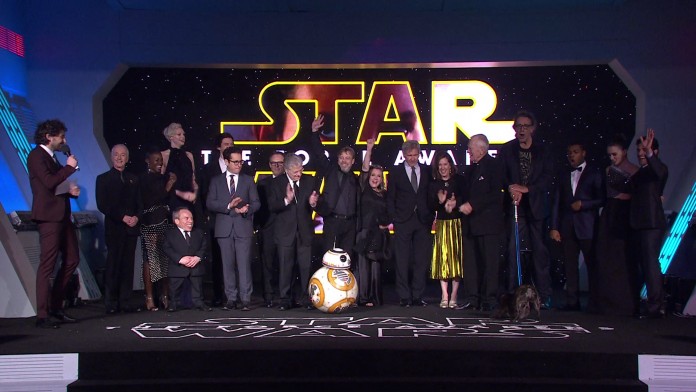 It’s finally here. The long dark night of the Solo has ended and we are on the eve of release for the almost mythic Star Wars Episode VII – The Force Awakens.

We’ve seen the film and our non-spoiler review is up here.

We’re seen trailers, teases, TV spots and a promotional campaign unlike any other we’ve seen before and now Star Wars is everywhere. But to be more specific London is our far, far away this evening as the cast and crew descended to three of London’s Leicester Square cinemas. It is an unprecedented show of force for Disney’s shiny new franchise.

Our stormtroopers Cassam Looch and Colin Hart are on the carpet to chat with the cast and director. Here’s how they got on…

More interviews will be added shortly.

You can watch  the entire livestream of the event right here.