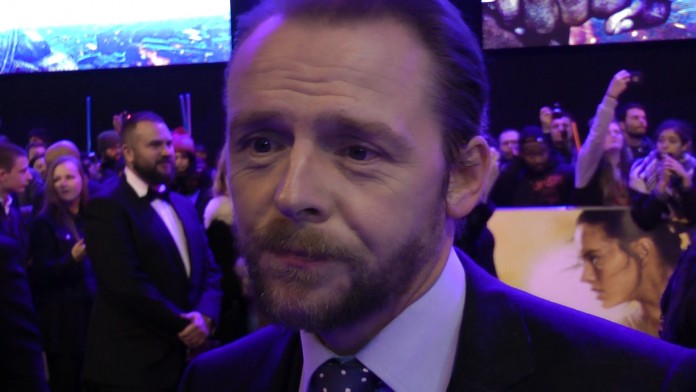 Earlier this week we had our first look at Star Trek Beyond, the third in the newly minted sci-fi series, with the release of the first trailer.

Replacing J.J. Abrams in the director’s chair is Justin Lin, whose well-known work in the Fast and Furious franchise was leaned heavily upon in the first trailer, to the annoyance of some fans.

It was an action-packed trailer to be sure, and given that we’re in an age of instant reaction/judgement (particularly for ‘first-look’ trailers) the disappointment voiced has been defended against by Lin, and now by the film’s writer, Simon Pegg.

At the European premiere for Abrams’ Star Wars The Force Awakens we asked Pegg about his feelings on seeing the trailer. His surprise at the tone of the trailer is clear, as is his wish that Star Trek fans understand that there’s ‘more to it than [the action].’

Here’s the clip, and you can check out all of our premiere interviews for Star Wars The Force Awakens here.

Simon Pegg at the Star Wars The Force Awakens Premiere

Skip to 1.14 for the Star Trek Beyond Trailer discussion.

Idris Elba, Will Packer & Baltasar Kormakur on Beast & the future of original blockbusters