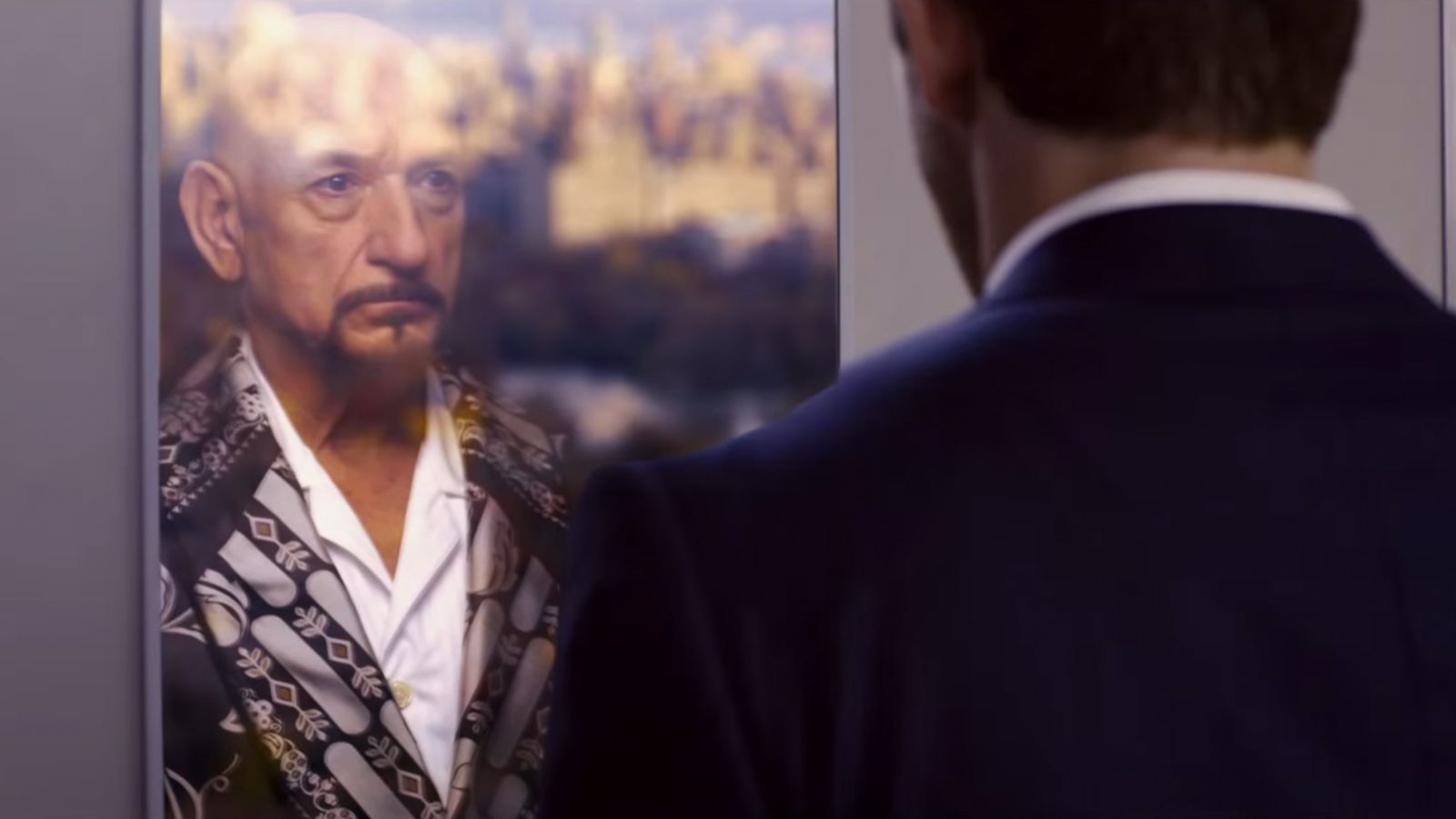 There are some engaging elements in this idea-heavy conspiracy thriller, but none of them are all that original. In fact, the film seems to only really function properly when closely mimicking other, superior thrillers from the past.

Billionaire business man Damian Hale (Ben Kingsley) is putting his affairs in order and preparing for his final goodbyes. He’s led a full life, and only regrets not being there for his daughter more. As cancer takes a firm hold on him, Hale only has loyal friend Martin (Victor Garber) to rely on, but all his money is of little comfort now.

Damian has explored every avenue to find a cure, but just as he is ready to accept his fate, an intriguing offer comes his way. What if he could live on in another body?

The mastermind behind this technique is genius geneticist Albright (Matthew Goode). Assuring Hale that the body he is to inhabit has been farmed in a lab, Albright’s services don’t come cheap but are the only escape.

Faking his death, Hale is placed in a machine which is to transport his brain into a younger, fitter body. The procedure is a success and to his own amazement, Hall is now in control of a man in his thirties (Ryan Reynolds).

As he acclimatises to the new vessel, Hale begins to experience vivid hallucinations which Albright says are normal and that can be suppressed by taking medication.

And so the opening act sets up a clever story which treads very lightly around questions of ethics and immortality. The introduction of Reynolds is infused with witty energy and smart writing. The character does pretty much what we imagine most pensioners would do if they woke up in the body of Ryan Reynolds.

The film doesn’t end here though, far from it. The visions Hale suffers from hint at something more sinister in the whole project for regeneration although treating this reveal as some sort of spoiler is a mistake. We know what it is all along, and the forced tension is a waste of time.

The creepy look at the unfortunate life that Martin is living, which we learn through a series of unlikely set-ups, is the most effective pay off in the movie.

Kingsley conveys the anguish of a man who has it all yet remain unfulfilled particularly well. Reynolds gets to look confused and pretty at the same time, something of a speciality in his earlier works.

For all the smarts that Goode’s Albright is supposed to employ, its really his English accent that is the signal of something untoward as well as above average intelligence (at least to American sensibilities anyway).

The film thinks it is going down some dark corridors and asking big questions, but ends up fudging most of these. The performances ask for better, but director Tarsem Singh is unable to deliver on this occasion.

It’s surprising to learn that the man behind visual feasts such as The Fall and Immortals is responsible for something as bland as this. Even the flawed J-Lo movie The Cell went out of its way to dazzle but here everything is muted.

Michelle Dockery barely get a look-in as Hale’s daughter. To describe the other characters in the film would be to overshare, but Natalie Martinez matches up to her male co-stars in terms of delivering a performance that is far superior to the film itself.

Movies like Seconds or even Soylent Green spring to mind when watching Self/less, although the gimmicky spelling of the latter suggest that this is not nearly as credible as those earlier classics.

Some very good performances let down by two thirds of a serviceable script.