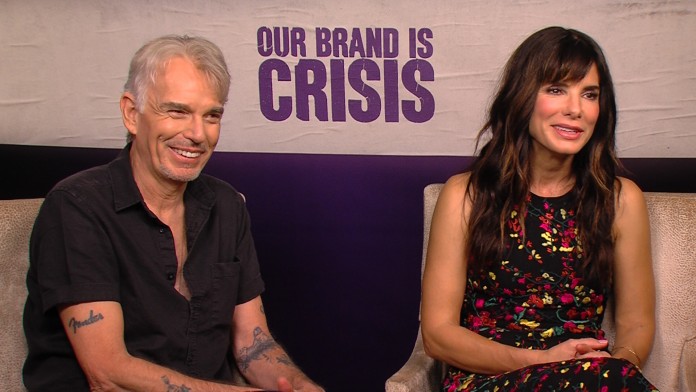 In this interview we get to hear from lead actors Sandra Bullock and Billy Bob Thornton, who take opposing sides in this tale of US political teams moving in like a shiver of well-dressed sharks on the 2002 Bolivian Presidential Election race.

With a wealth of experience Bullock and Thornton bring a gravitas to the absurdity which permeates the entire process, captured so well in Green’s film. Your interviewer for today is Caroline Feraday. Let’s watch on.