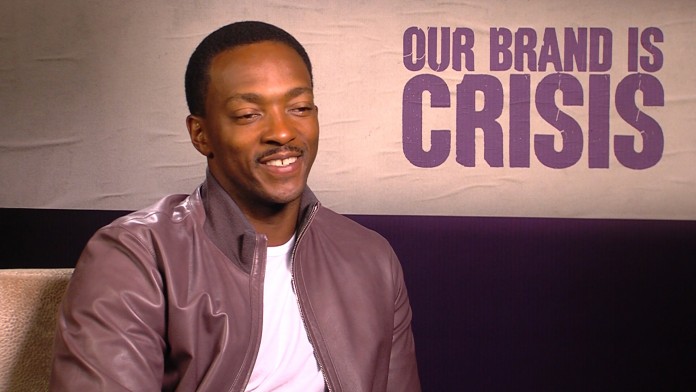 Today started off with Sandra Bullock and Billy Bob Thornton and now we take our turn with Anthony Mackie, who is an integral part of a US political team bought in to avail a Bolivian Presidential candidate in the country’s 2002 election.

Mackie’s recent outings in the Marvel films – watch out for him to play a big part in Captain America Civil War this year – may attract a new section of fans to Green’s political comedy, and he’s very solid in this, very different, arena.

Caroline Feraday sat down with the actor to talk all things Bolivian presidential elections.

Anthony Mackie Interview for Our Brand is Crisis