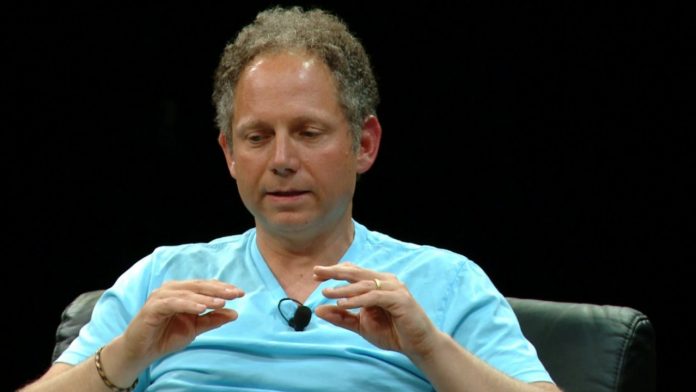 Having sold his movie for several million dollars to Netflix, Rob Burnett is bringing his comedy/drama to both the big and small screen.

We spoke to the director, who also adapted the screenplay from the novel of the same name, in Edinburgh prior to the movie’s release.

The story focuses on Ben (Paul Rudd) who comes to terms with a personal tragedy by throwing himself into a new career as a care-giver. His first job is to look after Trevor, a teenager who has Muscular Dystrophy and is confined to a wheelchair.

As the pair bond, they are forced to come to terms with their own issues as they embark on an epic journey across the country. During our conversation we also spoke about the ending of the movie, so if you want to avoid spoilers before you watch the film, don’t read the final part of the interview.

We began by discussing what goes into making a road movie like this one.

Well that element was in the book. It was the format of it already. It was a beautiful metaphor for  moving while remaining stationary. The road, in America at least, is full with promise and possibility undercut by the mundane.

It’s quite a romantic notion, travelling on the road, so is it difficult to not give that impression and get across the fractions that can occur when you’re in that confined space.

Road-trips are often romanticised, mainly because you can edit them. You can take out the traffic and the staring at the space. The idea of two guys moving and not moving is beautiful.

I love doing them though. I’ve travelled across the country 3 or 4 times myself. The last one was while I was scouting for this movie in New Mexico. I had my daughter, who is 17 with me, and we drove from there to New York.

You made Ed before this, which is one of my favourite shows ever, do you find many people still know the show?

We have a very passionate fan base. They call themselves Ed Heads. They used together once a year in New Jersey, where we shot the show, and have like a Star Trek type convention with less people. We had a screening of the film in my home town and the Ed Heads came.

The show can’t be seen. It has never come out on Blu-ray or DVD. There were two companies that made it and they have never been able to agree on how to release it. People always ask me ‘How can I see it?’ Every once in a while someone syndicates it. Its not on Netflix. “Hey Netflix, you’re probably reading this…”

What was funny was that Ed was where I really cut my teeth. I learned how to direct there. It was a one hour show, shot on film for $2 million. It was like making a small film every week.  We wrote it  ourselves and edited it too. One hour TV is great training. The schedules are so punishing and you learn quickly how to compromise your dreams without compromising quality. I go in extremely prepared with detailed shot lists.

How did Netflix get involved in this project?

How it worked on this was that we had a research screening before the film was finished. It was the most terrifying part of the experience where you are showing the film to an audience and it there with green screen and a temp score.

You have no idea how it will go, but it scored off the chart on however you do these things. It went so well we thought we would go and finish it and do it again with buyers and an audience. It played huge again and we got into Sundance from that screening.

Netflix came on board after after the buzz around the film, but they were only offering the streaming rights. It was a Netflix acquisition and it started to turn things on their head. They bought Tallulah for $5 million, and then us for $7 million – that’s reportedly, but is fairly accurate – so it was the third window after theatrical. The distributors started to focus and of course Fox Searchlight had to get Birth of a Nation.

The investors on our film were happy. We played well at Sundance but theatrical offers were very muted because we had already sold this part of it. It’s not much of a money maker any more, so we were looking at limited day and date theatrical screenings before Netflix could stream it.

I was a little uncomfortable with 10 cities on 10 days, day and date. I thought it might look like a failure and there was no possibility for it to grow. It wasn’t a platform release, but without even asking the other part of Netflix saw the film and said they couldn’t understand why this wasn’t a Netflix Original.

They offered us a bunch more money, again great for the investors, but for me it was a thrill. The door opened and it went from me booking Selena Gomez’s ticket to Sundance and making reservations for hotels to this in the hands of experts. One thing after another, they really know what they are doing.

At the end of the day you want as many people as possible to see your film. The idea that this small movie, and it is a small film with a big cast, will be seen in all those countries is a thrill.

Would the Netflix money have effected how you made the film if you had it from the start, whilst you were still in production?

I think filmmaking is filmmaking. It is interesting. I did a $1 million dollar movie before this. I did Ed which was like a $2 million dollar movie every week. My daughter Lucy just finished a High School film which probably cost the price of the Subway sandwiches I went and got for craft services on this movie.

I’m good friends with J.J. Abrams and I went on the set of his Mission Impossible film and the truth is is that it is all kind of the same. They have different rules but really for me as a director the bigger budget just really gives you more time.

You get more takes. More time with the actors. I think it is never enough money, never enough time. I’m sure if you ask Inarritu he would say “I wish I had three more days on The Revenant!” and I think really? You had like two years on that. But it’s true. It is never enough.

We shot in 23 days. I’m super happy with the way it came out. You work with what you have. We had great people on board and I wouldn’t want any other cinematographer or cast.

Now that you have done this one, are you keen to do more maybe bigger things, or do you wan to tell similar stories?

That is the question I am grappling with right now. Off the success of this movie I find myself in conversations that I wouldn’t have been in before. Big studio films with big stars attached. They aren’t here for me to say yes or no, but I am in the conversation. There is something appealing about that but there is also something appealing about saying lets just find another book or write something original.

I now have the power to fund a movie off the back of this. I have to love the thing. From a career stand point I have been sent a lot of very enticing movies from the studios that are quite bad honestly. I can’t believe they get that far down the road with big stars attached. My way in would be writing and directing.

Most of them are not fantastic. The stars get slots of availability and in my mind you keep working on it until it is ready. Paul Rudd as an actor just does stuff he really likes. He did Prince Avalanche, then my movie and then Ant-Man. There are directors do that as well like Adam McKay he did Anchorman and then The Big Short. I like the idea of pushing and putting myself in those uncomfortable positions.

The end of the film sees Ben writing what we assume is the final chapter in his book. In it, he describes how Trevor has a seizure with and dies… only to then reveal that it was just the latest prank in a long list of pranks that we have seen throughout the film.  I wondered if the ultimate prank was one that Ben is pulling on the audience, and that Trevor actually did die from the seizure.

That is really interesting. I’ve had that thought myself, although you are the first person to say that to me. The ending changed. The original was simply him writing about Trevor in the past tense saying he WAS handsome and cool. It was completely vague. Timeless. You didn’t know when it was. Once we tested it, and the film tested really well, it was the ending that the audiences found bothersome, they wanted resolution.

I got the idea for this ending. The intention is that it isn’t ambiguous, but it has occurred to me. What I love about it is that we still give Trevor the last word still. I do think the reaction from the audience is that we have tricked the audience several times already. In the screenings there have been applause in the earlier scene where they prank each other.

The Fundamentals of Caring is on Netflix from June 24th