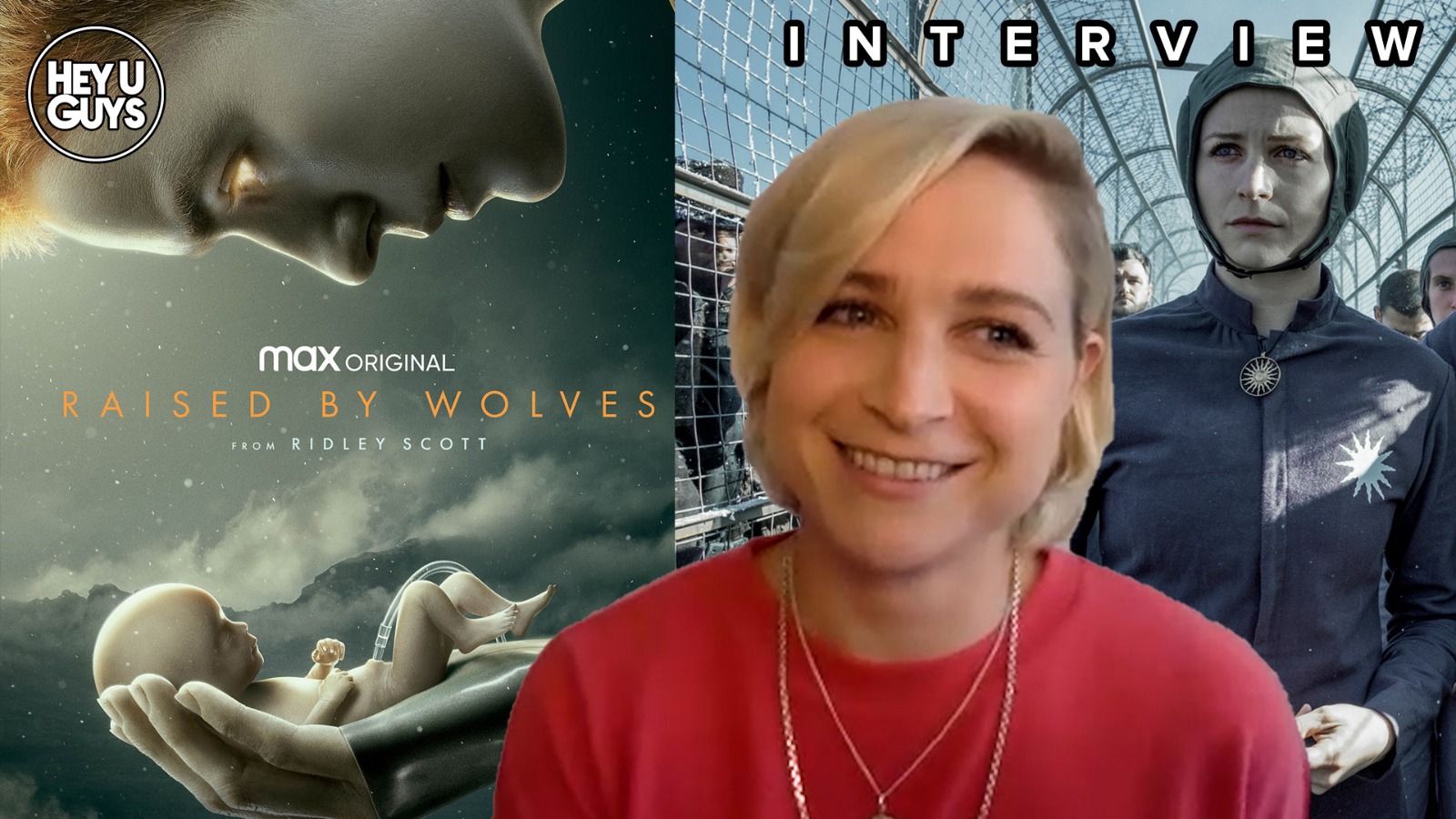 Niamh Algar has had a whirlwind couple of years, which exceptional performances in the likes of Shane Meadows’ drama series The Virtues, and gritty drama Calm With Horses, alongside Cosmo Jarvis. She can now be seen in sci-fi series – helmed by Ridley Scott, no less – Raised by Wolves. Though she plays characters with such intensity and conviction, she’s a complete charm in real life. Well, on Zoom anyway.

We asked her all about her experiences shooting this ambitious TV series, and how her characters fits into the narrative. We ask her about working alongside Ridley Scott and if she gets starstruck on set. She also compares his style of working to that of Meadows, and to Guy Ritchie – who she recently collaborated with on Wrath of Men.

We also discuss Algar’s time spent back home with family during Covid, whether she takes (well, steals) memorabilia from her projects, and we even give our resident puppy Minnie her first outing in a HeyUGuys interview…

Two androids are tasked with raising human children on a mysterious virgin planet; as the human colony threatens to be torn apart by religious differences, the androids learn that controlling the beliefs of humans is a treacherous and difficult task.

Raised by Wolves is on HBO Max.