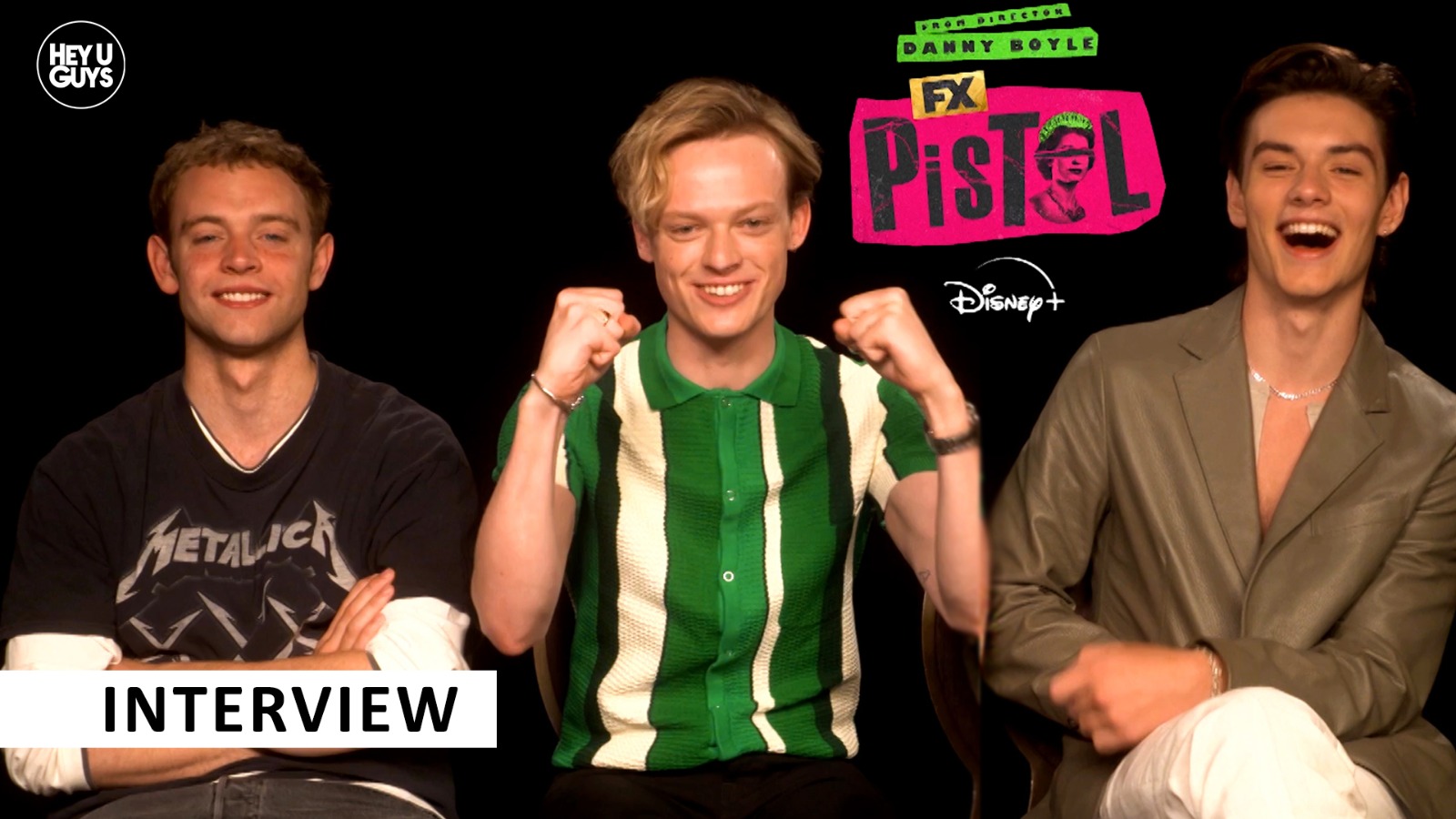 Coming from the brilliant mind of Danny Boyle, Pistol is a new series chronicling the creation and subsequent rise of punk, through the eyes of The Sex Pistols. To mark the launch of the series, which comes to Disney+ on May 31st, we had the pleasure of of speaking to Anson Boon (Johnny Rotten), alongside with Jacob Slater (Paul Cook) and Louis Partridge (Sid Vicious).

But it wasn’t just the men who illuminated the punk scene, as we spoke to the actresses playing the women of that world, chatting to Emma Appleton (Nancy Spungen), Sydney Chandler (Chrissie Hynde) and Talulah Riley (Vivienne Westwood). Be sure to watch both interviews in their entirety, below.

Based on Jones’ memoir “Lonely Boy: Tales from a Sex Pistol”, the limited series “Pistol” is the story of a band of spotty, noisy, working-class kids with “no future” who shook the boring, corrupt Establishment to its core, threatened to bring down the government and changed music and culture forever. The furious, raging storm at the centre of this revolution is the band Sex Pistols — and at the centre of this series is Sex Pistols’ founding member and guitarist, Steve Jones. Jones’ hilarious, emotional and at times heartbreaking journey guides viewers through a kaleidoscopic telling of three of the most epic, chaotic and mucus-spattered years in the history of music.

Original series PISTOL will be available on Disney+ from 31st May.