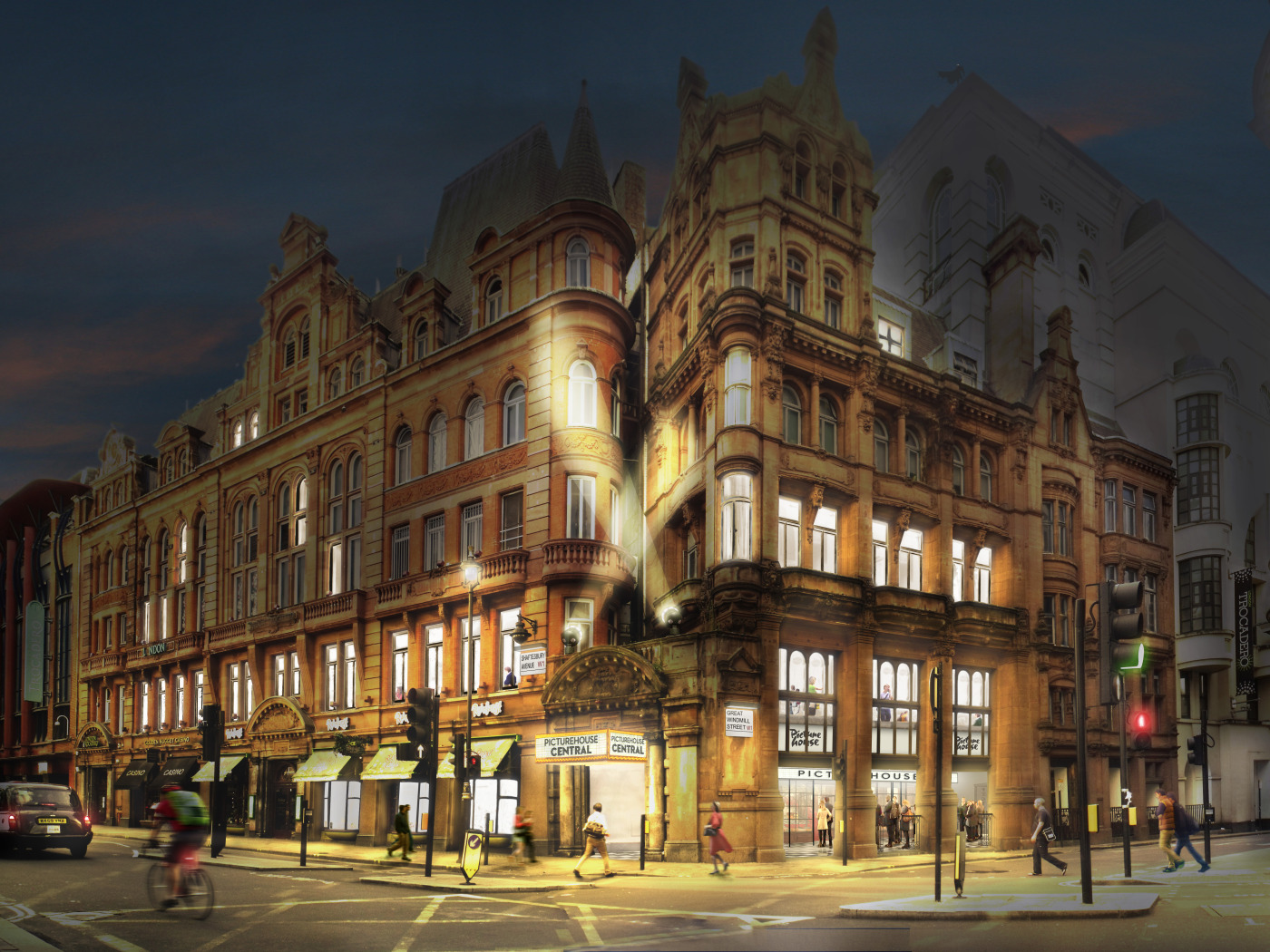 Light the beacons! Picturehouse Cinemas have just unveiled new plans to turn part of the Trocadero in central London into a 1000 seat seven screen cinema.

The art-house chain have been granted full planning permission by Westminster Council to transform the former Cineworld multiplex on Shaftesbury Avenue into a West End flagship cinema, due to open in late spring 2015.

Picturehouse Cinemas’ managing director Lyn Goleby said: “This is much more than a refurbishment, we are building a brand new cinema in the heart of the West End.”

However, this doesn’t just look like a mecca for cineastes and film aficionados. The vibrant programme and fantastic location as well as the bars and cafes will make for an exciting new social hub which caters for everybody.

Picturehouse Central will include a New York-style deli open to the public on the ground floor, with a grand staircase leading to a first floor café-bar with views over Shaftesbury Avenue. Moreover, Picturehouse members will be treated to exclusive bars on the second and third floors as well as a roof terrace with views over London.

Picturehouse’s programming is traditionally eclectic and you’ll be able to view a wide range of independent, foreign and art-house films alongside blockbusters and more mainstream fare. Also the cinema will show live broadcasts of productions from the world’s best arts venues as well as film maker Q&As and more!

Perhaps most exciting of all are the plans to cut down on screen advertising and replace Kevin Bacon trying to sell you faster internet, with short films and new trailers.

Exclusive: Sally Potter on her complex, personal new film The Roads Not Taken