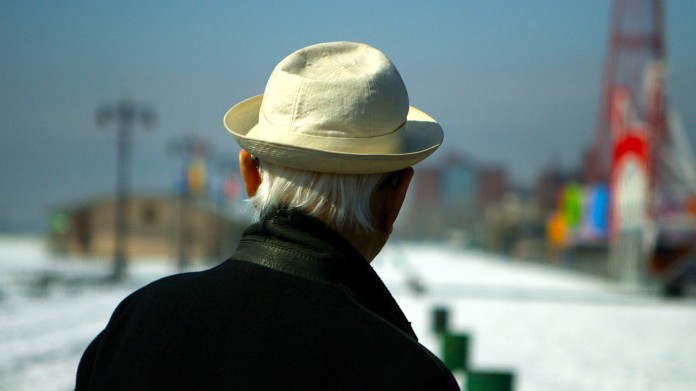 Were it not for the likes of sitcom giant and legendary screenwriter Normal Lear modern American television would be an almost unrecognizable landscape.  Lear is a man who shattered the old TV model, essentially set the standard for modern-day television, and is the subject of Sundance 2016’s Day One Documentary Premiere Norman Lear: Just Another Version of You.

In the film directors Heidi Ewing and Rachel Grady tackle the task of taking an incredibly iconic figure (Lear), and casting him in a very human light.  From the start, Lear stresses that he sees himself not as a genius, not as some unassailable TV messiah, but as a common man.  His story is one full of meeting both success and failure, grief and laughter, and how humanity’s biggest struggle is sometimes the thing we find staring back in the mirror at us.

Lear’s compelling personal story could easily fill up hours of TV miniseries time, but Just Another Version of You chooses to skim over some of the finer details of Lear’s life beyond filmmaking, and instead focused almost primarily on his copious amount TV success.  However, Lear is a man that exudes charisma from ever pore in his body.  His natural skill and competence as a storyteller instantly captivates his audience, and were this documentary only to consist of Lear narrating his weekly grocery list, it would still be enough to hold the attention of even the most impatient of moviegoers for the film’s 91 minutes.

There was a point in Lear’s career where six of his shows simultaneously held spots in the televisions top ten ratings, and this documentary focuses primarily on this stretch of Lear’s life.  Shows like All in the Family, Maude, and The Jeffersons took uncomfortable, and oftentimes neglected, social and moral issues and using comedy as a vehicle to create a discussion in the living rooms of households all over America, discussions that incited immeasurable amounts of social change over the ensuing years.

Though shows like All in the Family and The Jeffersons have been off the air for decades, new generations of viewers can still find echoes of Lear’s amazing work in almost everything on television today.  His unique voice is one that stands ageless against the test of time, and is one that is at all times both relatable and lovable.

Norman Lear; Just Another Version of You had it’s world premiere this week at the festival and should most definitely be on everyone’s 2016 film radar.

Watch The Opening Scene of Freakonomics