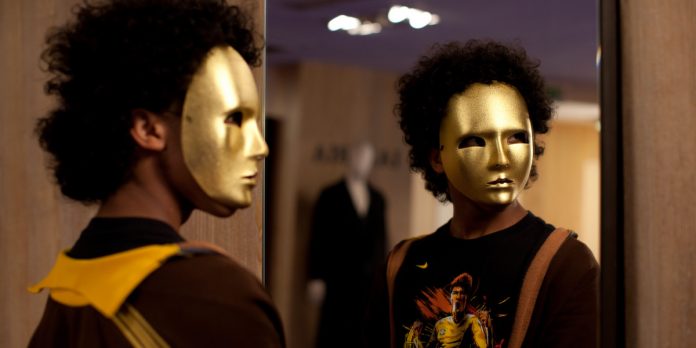 Rejected by both Cannes and Venice film festivals this year, Bertrand Bonello’s Nocturama deals with a searingly reminiscent subject matter. The film follows a group of young French students who scrupulously devise and execute a string of terrorist attacks across Paris. It’s clear to see why Nocturama was shunned, but it’s much more complex than its basic premise gives credit for.

The first half of Nocturama revolves around the meticulous planning and execution of the gang’s coordinated attacks as each member of the group remains mostly silent and expressionless as they carry out their designated tasks. One of the teens sets fire to a statue of Joan of Arc, another murders an important businessman, and the rest plant bombs in a government building and an office block. In a series of flashbacks, we discover how the multi-ethnic youngsters met and how the attacks were planned by political activist Greg (Vincent Rottiers).

Sadly, this extended scene is a bit of a slog to get though. There’s next to no characterisation, no discussion of the group’s exact motivation and practically no dialogue either. Although this parallel-edited sequence is meticulously put together the insistence on vagueness becomes frustratingly disengaging and tedious.

The group’s simultaneous attacks leave Paris in a state of chaos and the vastly superior second half of Nocturama deals with the teens’ withdrawal to a fancy department store for the night. They decide to hold up in the store until everything’s blown over, trying on luxurious clothes, playing with expensive toys, blasting out brash pop music and generally basking in the materialism of the bourgeoisie life – the very thing they looked to have been attacking.

The slower pace and restricted setting is a welcome change after the frantic, sprawling first half, giving us time to connect with the characters more fully. Although Finnegan Oldfield shines as the authoritative David, injecting his role with real verve and intricacy, the rest of the group remain largely wordless and enigmatic. It’s their expressive body language, faces and individual interactions with the luxuries of the store that helps arouse our interest and empathy. Yet the film’s stance towards the youngsters never feels sentimentally sympathetic nor coldly disconnected, it neither condemns or advocates their actions. Instead the audience are left to chew over these troubling ambiguities.

Inevitably, things soon catch up with the students and a tense conclusion ensues. The skilful choreography of these last 20 minutes is the thing that really sticks with you after the closing credits. Bonello has a masterful grip of spatial awareness, using fragmented time and differing perspectives to increase the visceral impact of each singular moment of action. He also uses security feeds shrewdly to present a scene which unfolds over multiple rooms in just one cut.

Although the lack of characterisation and context is initially off-putting, this is an altogether provocative, compelling piece of work with an expertly-staged, thrilling finale.