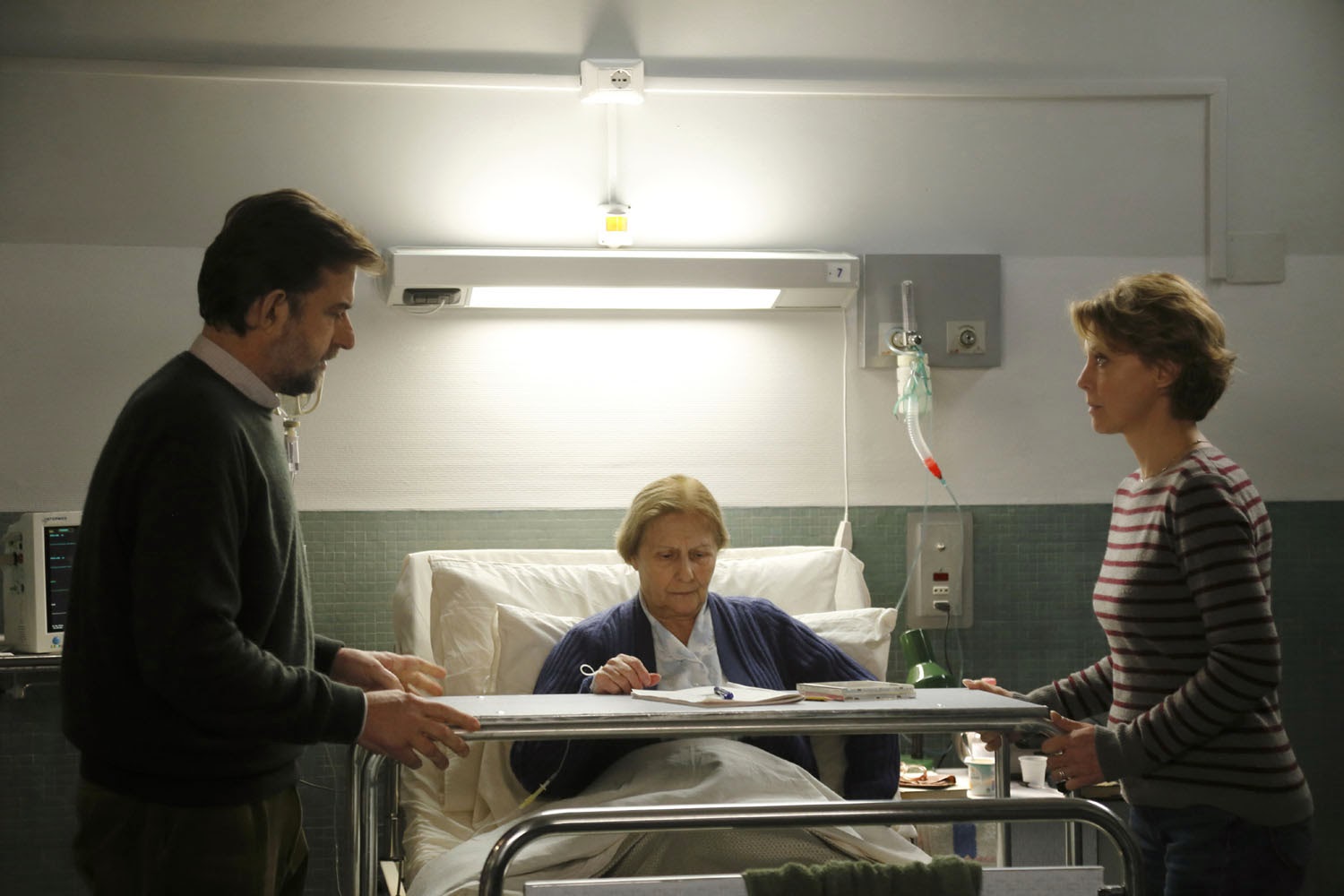 Nanni Moretti has been much feted at Cannes over the years, winning the coveted Palme d’Or in 2001 for La stanza del figlio. He returns in competition with My Mother, a semi-autobiographical account of his own mother’s death.

Moretti regular Margherita Buy is Margherita, busy shooting her new film – a political drama about a factory closure – and caring for her hospitalised mother, Ada (Giulia Lazzarini), as well as being a single mum. She and her brother Giovanni (Moretti) share hospital duties and there is some nice sibling rivalry as each brings their mother culinary treats to keep up her appetite.

Giovanni always seems to win these little battles: he is more present and more on the ball. Margherita is stressed out, veering between exasperation and her constant denial in the face of her mother’s deteriorating health, repeatedly asking Giovanni to explain the doctors’ clear prognoses.

On set, she is pushed to the limits with the arrival of Hollywood actor Barry Huggins (John Turturro). Basking in his Italian-Americanism, he infuriates Margherita with his histrionics and complete inability to get a line out correctly. Our heroine is also now trying to disentangle herself from a relationship with one of her actors.

Moretti could be accused of navel-gazing here: he has stated he even brought in his mother’s books to recreate the parental home and that many of the scenes came from his direct experience of watching his own mother die. Yet this is where the film’s strengths lie: the brother-sister jostling rivalry and Margherita’s relationship with her daughter and mother are all portrayed with great tenderness and authenticity.

We see Margherita with daughter Livia, trying to explain why Latin is important, and mum and uncle trying to help out with Livia’s homework, affectionate scenes that will resonate with many. As Livia, Beatrice Mancini produces the most heartrending moment when the dreaded phone call in the night finally comes. We hear her father’s voice in the hallway, but Moretti trains his camera on Livia, awake and weeping for her grandmother.

Margherita Buy always just barely conceals a beautiful fragility, which she puts to good use here. And if she represents Moretti, then he is being very open about his defects, both as a director and in his most intimate relationships. And he turns in a fine performance as the disaffected brother.

Where the film loses authenticity is in the filmmaking scenes. Billy’s presence does not make a lot of sense here and Moretti would have made a better film by leaving out the film-within-a-film storyline and sticking closer to Margherita’s personal trajectory that leads her to some self-realisation.

Despite this flaw, Moretti will touch many audiences with his account of a mother’s death, and many viewers will see more than a little of themselves and their own experiences in the characters and storyline of My Mother.