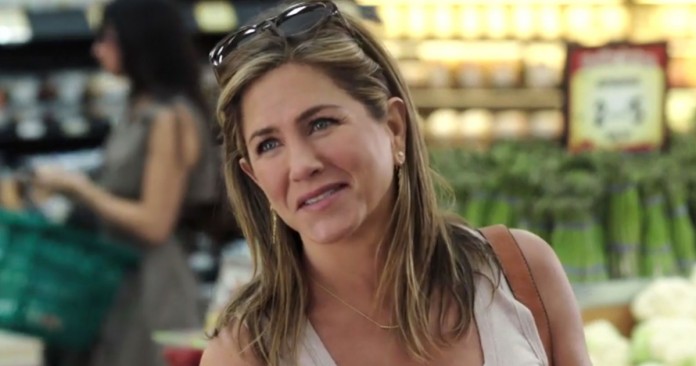 Writer-director-producer Garry Marshall has been in the game for quite some time now. The 81 year old has had a long career, giving us some great films, some bad films, and some utterly atrocious pieces of cinema – but Mother’s Day is something of a new low from the man whose previous output includes titles like Valentine’s Day, Beaches and New Year’s Eve.

As with his other holiday based movies, Mother’s Day is about a group of A-listers with tentative links experiencing some sort of crisis in the lead up to the big day. Mother’s Day line-up includes Kate Hudson as a woman who is lying to her parents about her Indian husband (has her Mum never heard of Facebook?) and Jennifer Aniston as a mother threatened by her ex-husband’s hotter, more attractive fiance. Then we have Jack Whitehall as a stand up comedian (a huge challenge for him I’d imagine) who has a wife with commitment issues, Julia Roberts as a QVC style TV host and Jason Sudeikis as an ex-marine who lost his wife and has now adopted the role of the mother.

Four screenwriters take credit for Mother’s Day, a rather astonishing amount considering how dull and cliche the movie is and one imagines that the four co-operated very little until the final stages, where they all met to decide how they could shoehorn in some sort of connection between the characters to rally them for the grand finale.

The biggest problem with a movie like Mother’s Day though is that it’s set in a world with which we cannot relate. A middle America whose biggest problems are the fact that the Mother’s struggle to use the phrase ‘tweet it’ without sounding silly. It’s difficult to really side with, or care about these people. Marshall tries to get across some liberal messages across within this production; such as the lesbian daughter struggling to tell her parents about her sexuality, and the same applies for an interracial couple, but these characters and their issues get little screen-time and one can’t help but think that Marshall, whilst trying to have some liberal sensibilities, is too scared to challenge a more conservative target audience.

Mother’s Day is to its credit unapologetic in its approach, it knows exactly what it is and who it is aimed and makes no excuses for that, and if you are in that target group then you may find some enjoyment here. The film effectively amounts to a cringe inducing live adaptation of a Hallmarks card. Norman Bates murdered his mother, stuffed her and then dressed up in her clothes… I’d rather spend Mother’s Day with him than with this sorry bunch.