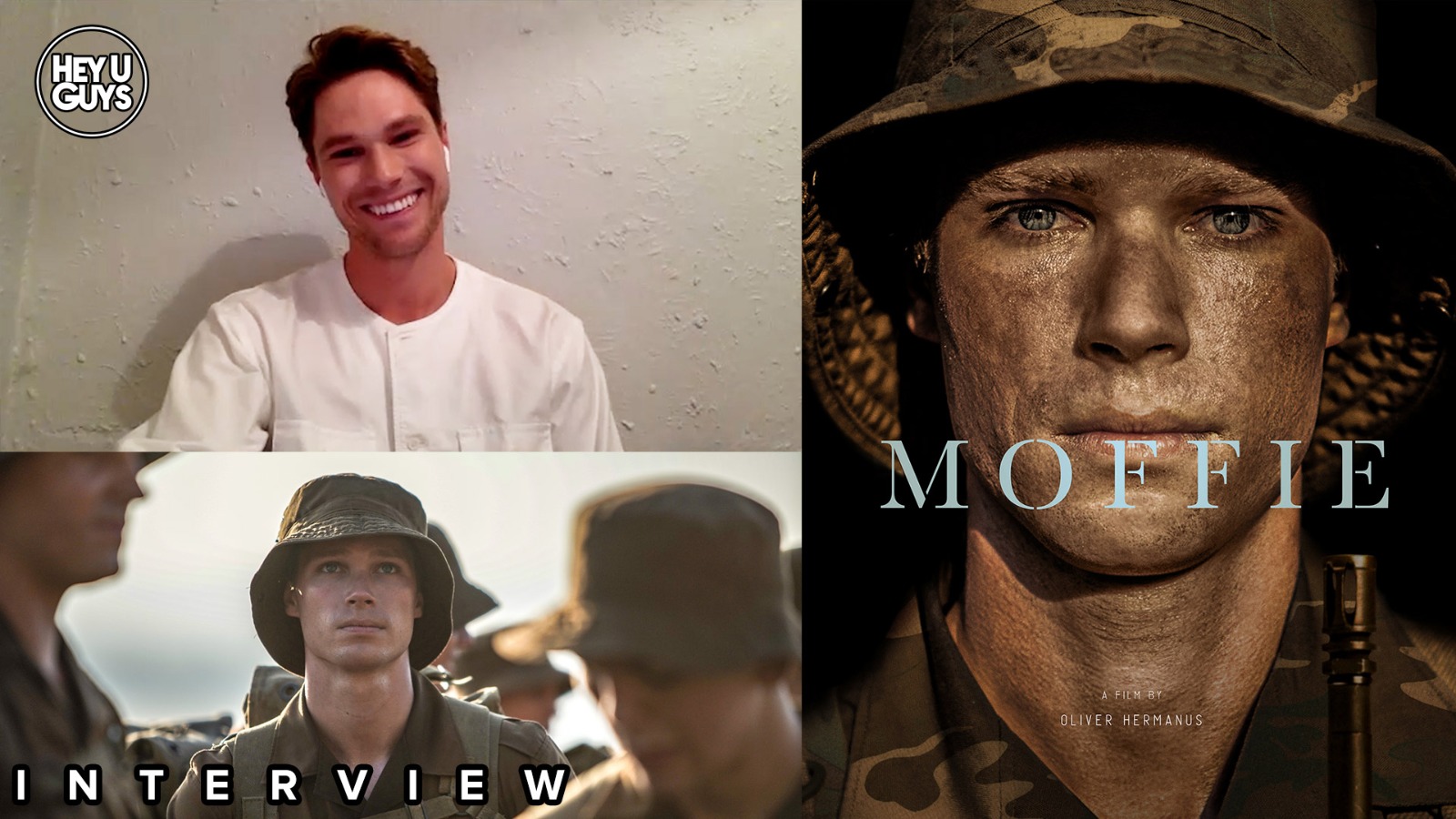 Moffie has been on the circuit for a couple of years, picking up awards and acclaim everywhere it goes. Now it finally lands in the US, and to mark the occasion we had the pleasure of speaking to the film’s leading star, Kai Luke Brummer.

The South African actor discusses playing a lead role without a huge amount of dialogue, and the rewarding, if challenging aspects of shooting a film of this nature, both mentally and physically. He speaks about South Africa’s recent history, and what he learnt from conversations with his father, and comments on how much the Apartheid is taught at school, and what this experience also taught him on the nation’s history. Finally we speak about the film’s controversial title, and he tells us why he’s soon moving to London (and whether he’s going to pack a coat!).

A young man drafted into South Africa’s military, but he knows he is different and must keep himself hidden. However, when another recruit develops an intimate relationship with them, they are now both in danger.

Moffie is released by IFC Films in select theaters and on digital and VOD platforms, from April 9th.