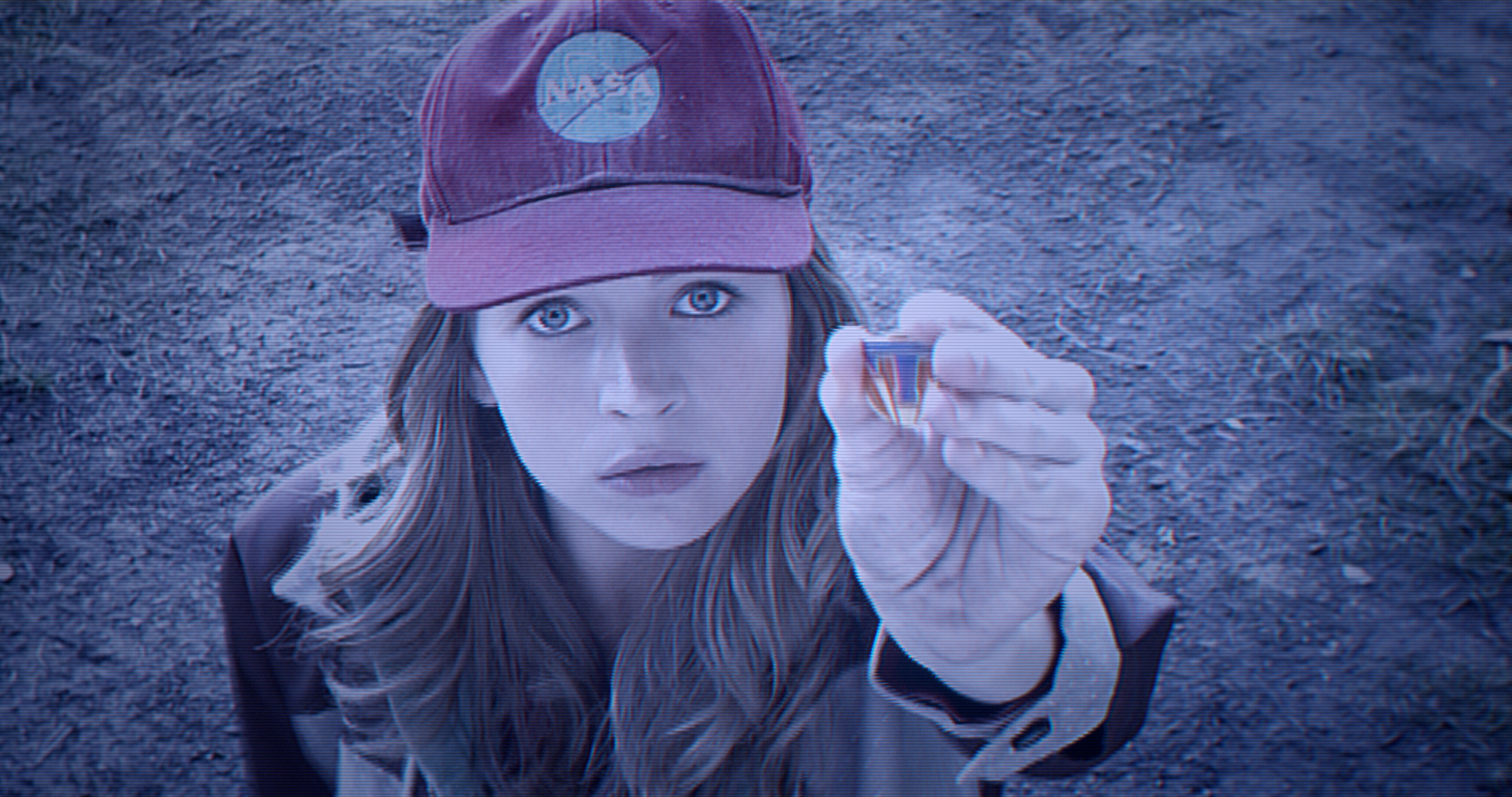 Tuesday 26th May provided bleak news for Disney, and indeed for cinema. Brad Bird’s latest live-action flurry Tomorrowland: A World Beyond is by definition, a flop. Clawing a tiny $32.9million across the three-day Memorial Weekend in the United States, and fairer even worse internationally ($27.5million), the science-fiction adventure from the House of Mouse has a fair way to go to fulfill its near-$200million price tag.

Certainly not aiding the case is the fence-sitting critical reception; which at current sits exactly at 50% according to Rotten Tomatoes. Publications have been quick to penalise and over-inflate particular themes running throughout, thus tainting the mass perception of what the film is about and represents.

There is no doubt that in years to come, audiences will revisit and claim it to be a cult classic – a running trend in postmodern filmmaking – but by then it’ll be too little, too late. As we edge ever-closer to the brow of 2015, we have some serious heavy hitters on the horizon which will likely decimate the multiplexes, and in the process push Bird’s misjudged movie from the mind. This is why one has decided to stand up for this wonderful cinematic achievement and hope to ensure wider viewers take the plunge and catch it on the biggest screen possible.

What do we actually receive for our price of admission to the cinema? A seat, a prolonged montage of aimless adverts and forthcoming movie trailers, a film? Well, technically not; your £10-20 (nearer the top price if seen in IMAX at the weekend) buys you a memory. One in which many will hope was worth burning into their subconscious 120mins later. Ironically, Tomorrowland’s promotional tagline beautifully lends itself to this as it reads ‘Remember the Future’.

In a market utterly engulfed with mindless remakes, reboots, prequels and sequels, surely everyone – regardless of age, gender or preference – would like to witness, experience and ultimately remember, something original; something pure and untainted.

Sure, Bird and co-writer Damon Lindelof’s film borrows its title from a Walt Disney World attraction, but besides this, audiences are welcomed into an environment intrinsically designed and nurtured by the duo’s combined imagination. We embark on a journey across space and time whilst remaining wholly grounded by the brilliantly complex and humane characters who populate the frame, and personally investigate alongside them as we progress through the bread-crumb layered narrative which smartly unlocks like a Pandora’s Box.

When we reside within the eponymous location, Bird’s visual spirit soars as high as young Frank Walker strapped to his jetpack. Elegantly gliding through the network of skyscrapers, whizzing past rocket ships and twisted wires, his camera allows the screen to be utterly swallowed by futuristic wonder.

Everything is meticulously designed and framed; ensuring it can all be experienced and admired whilst keeping the primary focus on character and plot progression. This couldn’t be more true of the extended sequence in which Casey Newton (the sublime Britt Robertson) squeezes the transporting ‘T’ pin and relishes in all the beguiling oddity laid before her.

Using an unbroken tracking shot, the auteur tilts and shifts in sequence with our protagonist – it is as awe-struck, perplexed and overwhelmed as both she and we; a truly ingenious means of projection that only someone of Bird’s talent, and more importantly passion, would think to present.

Furthering detail on Casey, the script perfectly constructs her as a positive and optimistic young woman; one with drive and ambition who is channeled by mental stability rather than glamour or popular culture. She is a bit of a rebel and bares a delightfully cheeky tongue, but her humour steams from the desire for knowledge and change.

For audiences of all ages to witness a young female founded upon such dense and admirable values is beyond a treat, and more should be praising the exceptional work provided by the writers and particularly Robertson.

Newcomer Raffey Cassidy wholly deserves further recognition too; for such an inexperienced performer to provide a screen-turn as emotionally and sociologically complex as this is quite frankly unimaginable on paper, but in Bird’s tender hands, it is water off a duck’s back.

Tomorrowland could have so easily lost footing when providing deeper details into Frank (George Clooney) and Cassidy’s automaton Athena’s relationship. We could have started to witness something deeply uncomfortable unveil but instead their story is carved with respect and understanding. The end result is something both poignant and life-affirming. Plus Athena serves as the principal action hero throughout; a head-snapping, high-kicking, ray gun-evading 10 year old who expertly works through the stunts and scene. Sounds mad? Well actually no, it’s thematic brilliance.

Clooney too provides a fantastic performance and really is beginning to embrace older age intelligently. His Frank is a wallowing grump; one whose ambition and strive saw him cast aside. A huge contrast to his younger self, a distance compounded by Casey who is currently experiencing all the things he relished many moons ago. When Clooney is cast alongside a younger woman, more emotive, almost paternal shades begin to surface from his trademark smooth-guy pallet. His last three sensational roles have all fit this bill: Up in the Air – Anna Kendrick, The Descendants – Shailene Woodley and now alongside Robertson here.

Besides the sequences helmed within Bird and Lindlof’s futuristic metropolis, the film also benefits from some majestic and exceptionally inventive set pieces. The teased home invasion in the third trailer gives potential viewers a taste of this (and trust me, the full scene is littered with zany wonder as the duo attempt to evade threat), but various other moments throughout stun and surprise thanks to expert design and aesthetic composition. For a film that pretty much lacks an antagonist – Hugh Laurie’s David Nix could be considered, but he is hardly a villain – it is impressive the levels of peril enforced which birth many of these sequences.

More importantly than amazing visual effects, brilliant ensemble performing, Michael Giacchino’s rumbling score and inventive camerawork is this: Tomorrowland is a picture with something to say. It has a purpose for its inception, and unlike many other major Hollywood blockbusters, this is not purely financial.

Bird is a dreamer; a filmmaker who dares to believe and thrusts the heart and soul through everything he deems could be possible. His latest utterly sings with this belief and consequently, achieves as such. This film is not ‘preachy’ as many have lazily labelled, nor is it some modernistic advertisement for the environment; it is actually about asking ‘why’. Why should we accept something bad, something unrewarding simply because it is easier to do so? Why do we accept war, chaos and desolation simply because the world presumes it is inevitable?

These are seriously ambitious and audacious arguments for any picture to tackle, but for a multi-million dollar Disney movie aimed at the widest family demographic to take a stab at it…well, that is beyond commendable. Rather than belittling this mesmeric picture, we should be celebrating and supporting it. Just like it asks why should we accept something lesser, why should audiences accept endless money-spinning nonsense controlling their silver screens when we have entertainment this important and innovative to witness next door?

Rarely is cinema this forward-thinking, immersive and immediate, and I for one wish all movies took a leaf out of Bird and Lidelof’s book. If you haven’t seen Tomorrowland yet, run and purchase this memory now because the future really is worth remembering.

Tomorrowland: A World Beyond is out now on wide release in the UK.