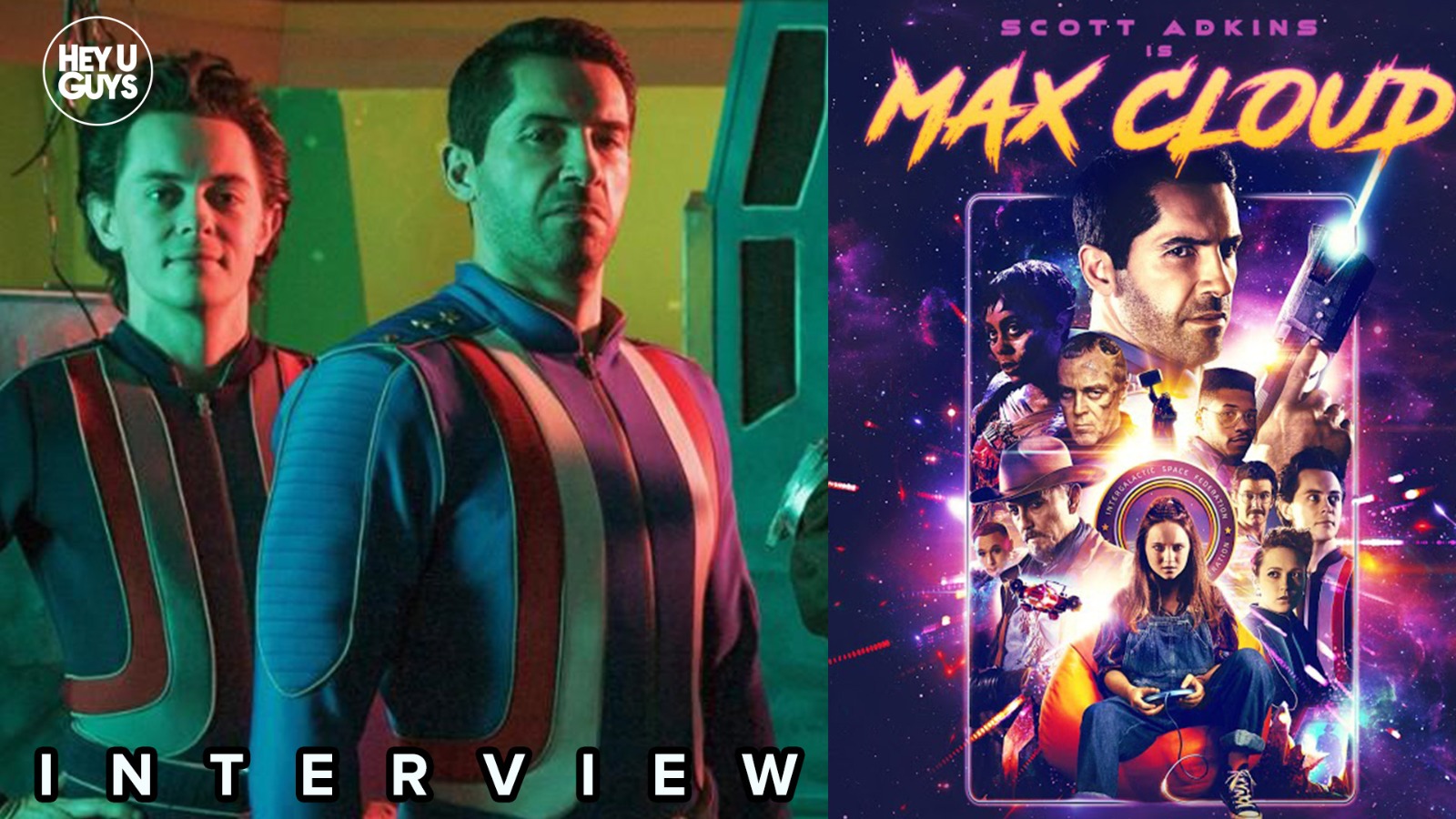 We’re self-confessed geeks with an unashamed love for nostalgic – so needless to say that Max Cloud is a film that is right up our alley. Celebrating a digital release in the States this side of Christmas – and coming to British audiences in the New Year – we had the pleasure of speaking to two of the film’s leading stars, Elliot James Langridge and Scott Adkins, to celebrate this fun-filled sci-fi flick’s release.

You can watch both of our interviews in their entirety below, starting off with Elliot James Langridge, as he tells us about the joy in playing such an entertaining character, and connecting with his inner 16 year old girl (not as weird as that sounds). He also comments on his fruitful working relationship with the director Martin Owen, as the pair are set to be collaborating yet again on Twist. He also looks back over his breakthrough role in Northern Soul, and tells us whether he can still dance…

After that be sure to watch our chat with Scott Adkins, who talks about his first true foray into comedy and whether he’d be keen to explore this genre further in the future. He also speaks about getting in (and out) of that tight outfit (ooh err) and tells us why he’s decided to remain in the UK, and recalls his time spent working with the action hero icons of cinema, when he took part, and deservedly so, in The Expendables franchise.

When a teenage gamer accidentally opens a portal into her favorite side-scroller, she becomes trapped in a notorious intergalactic prison, home to the galaxy’s most dangerous villains. To escape, she must finish the game with a little help from her not-so-savvy friend on the outside — or remain a 16-bit character forever.

The Intergalactic Adventures of Max Cloud is on UK digital, DVD and Blu-ray from 18th January 2021.