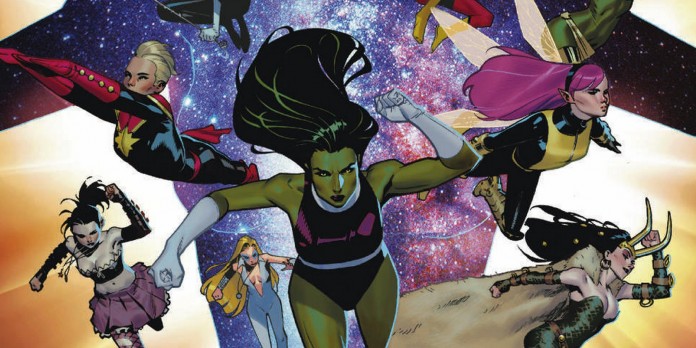 Yesterday, Marvel Studios shifted a few Phase 3 movies around and announced the release dates of what are presumably the first three Phase 4 ones in 2020. What they’re going to be remains to be seen; we might be getting sequels, some of the projects which have been rumoured to be in the works for years now, or even something totally new and unexpected.

Either way, it could be some time before we find out. Movie studios are bookmarking desirable dates years in advance now, and there’s really no reason to believe Marvel will start unveiling their Phase 4 slate until we’re at least a couple of years into Phase 3.

Regardless, which heroes do we most want to see step up and take on a leading role in Phase 4? Here, you will our ten choices for the characters (and teams) most deserving of one of those 2020 slots.

Some have been seen on the big screen before and others have yet to make their live-action debuts, but they all need to end up factoring into Marvel’s plans…

With Captain Marvel now delayed, The Wasp will be the first of Marvel Studios’ female superheroes to headline their own movie, even if she is going to be sharing it with Ant-Man. However, giving another of these characters their own solo outing in 2020 would be a smart move on Kevin Feige’s part, and She-Hulk would be a great choice to take one of those slots.

The cousin of The Incredible Hulk, Jennifer Walters became She-Hulk when Bruce gave her a blood transfusion to save her life. What separates Jennifer from him though is the fact that she retains her intelligence when she transforms and is a lawyer by day, something which would obviously make this a very interesting and unique movie (with tons of action).

Sinister Six writer and director Drew Goddard has been talking a lot about hoping he gets the chance to make this movie in the near future, and while Marvel’s focus is clearly on their Spider-Man reboot in 2017, it’s entirely feasible that they decide to move forward with this one a few years later (rumour has it that a second Spider-Man movie will be released in 2019 and a third in 2021, so this could be squeezed in if they shoot them pretty much back to back).

While fans were initially against the idea of Sinister Six movie, Goddard’s comments about Spidey being heavily involved in the story have changed that, and Marvel may want to get in on some villain-led action if next year’s Suicide Squad proves to be a hit!

This may be wishful thinking, but after the epic failure of Fox’s Fantastic Four reboot, it wouldn’t hurt them to turn to Marvel Studios for help in getting this franchise right (the same thing Sony has had to do with Spider-Man).

Providing a deal could be made, introducing this team post Avengers: Infinity War makes perfect sense. They could actually show up in those movies before their transformation as astronauts getting caught in the battle with Thanos and receiving their powers in the process.

With the origin story out of the way, Marvel could then launch straight into them being an established team in the Marvel Cinematic Universe, and if there’s anyone who can get the Fantastic Four right, you just know it’s Kevin Feige.