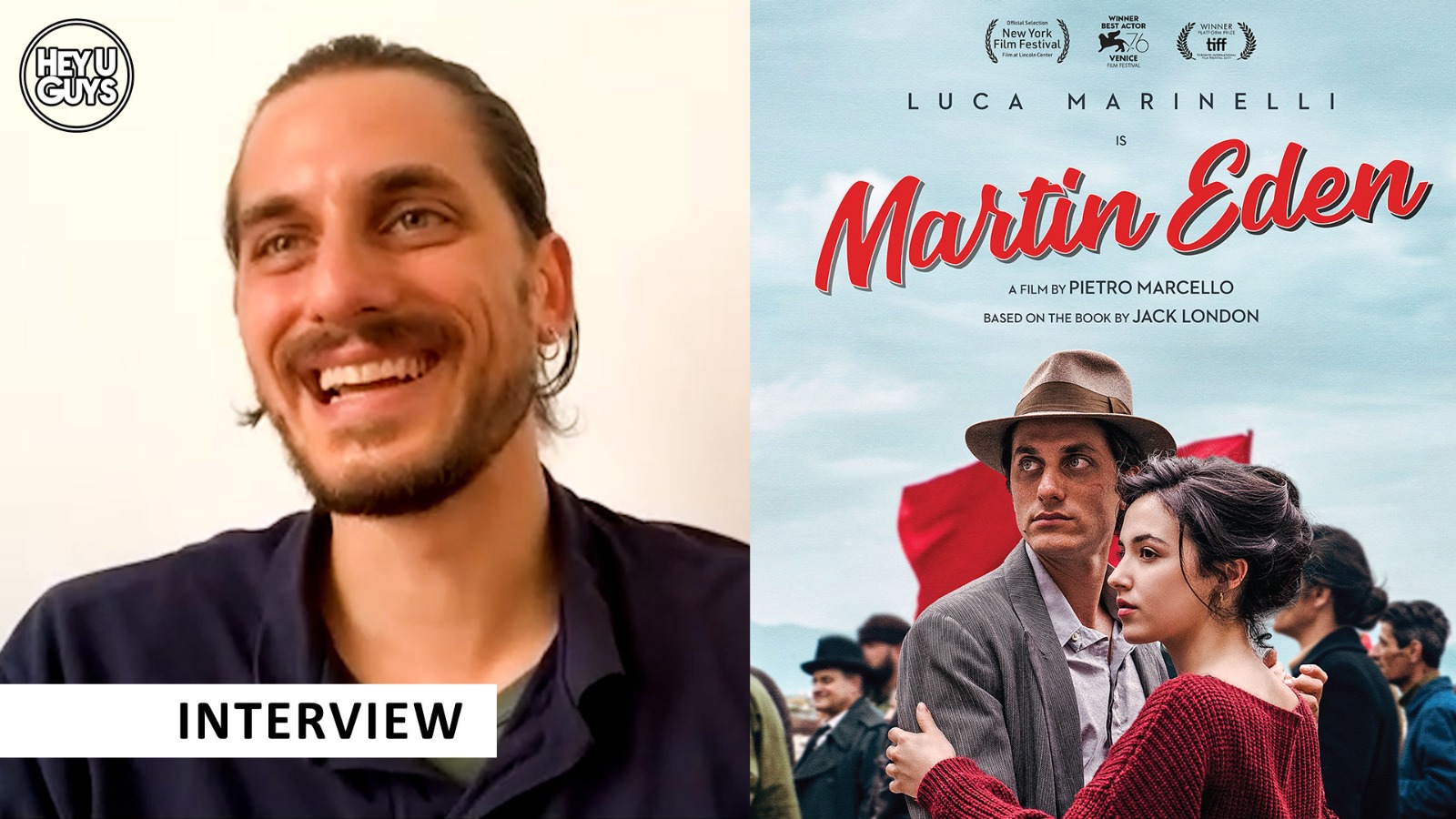 Martin Eden has been a huge success on the festival circuit, and finally finds its way to cinemas in the UK – and we couldn’t be more thrilled. This profound, socially conscious film also features a mightily strong central performance by Luca Marinelli – and we spoke to the actor himself. It should be noted, however, this conversation was had back in October 2020, in case any of the details seem somewhat dated (and also why we didn’t discuss The Old Guard sequel – with Marinelli set to reprise his role in the Netflix production).

But we did speak about Martin Eden, in great depth. And that itself more than passes the time, so be sure to watch the full interview with Luca below, as he talks about the themes of the movie, the great character he was blessed to portray, and of course we do speak the first Old Guard movie, and his experiences working alongside Charlize Theron.

Watch the interview with Luca here:

After saving Arturo, a young scion of the industrial middle class, from a beating, the sailor Martin Eden is invited to the boy’s family home. Here he meets Elena, Arturo’s beautiful sister, and falls in love with her at first sight. The cultured and refined young woman becomes not only the object of Martin’s affections but also a symbol of the social status he aspires to achieve. At the cost of enormous efforts and overcoming the obstacles represented by his humble origin, Martin pursues the dream of becoming a writer. Under the influence of the elderly intellectual Russ Brissenden, he gets involved in socialist circles, bringing him into conflict with Elena and her bourgeois world.