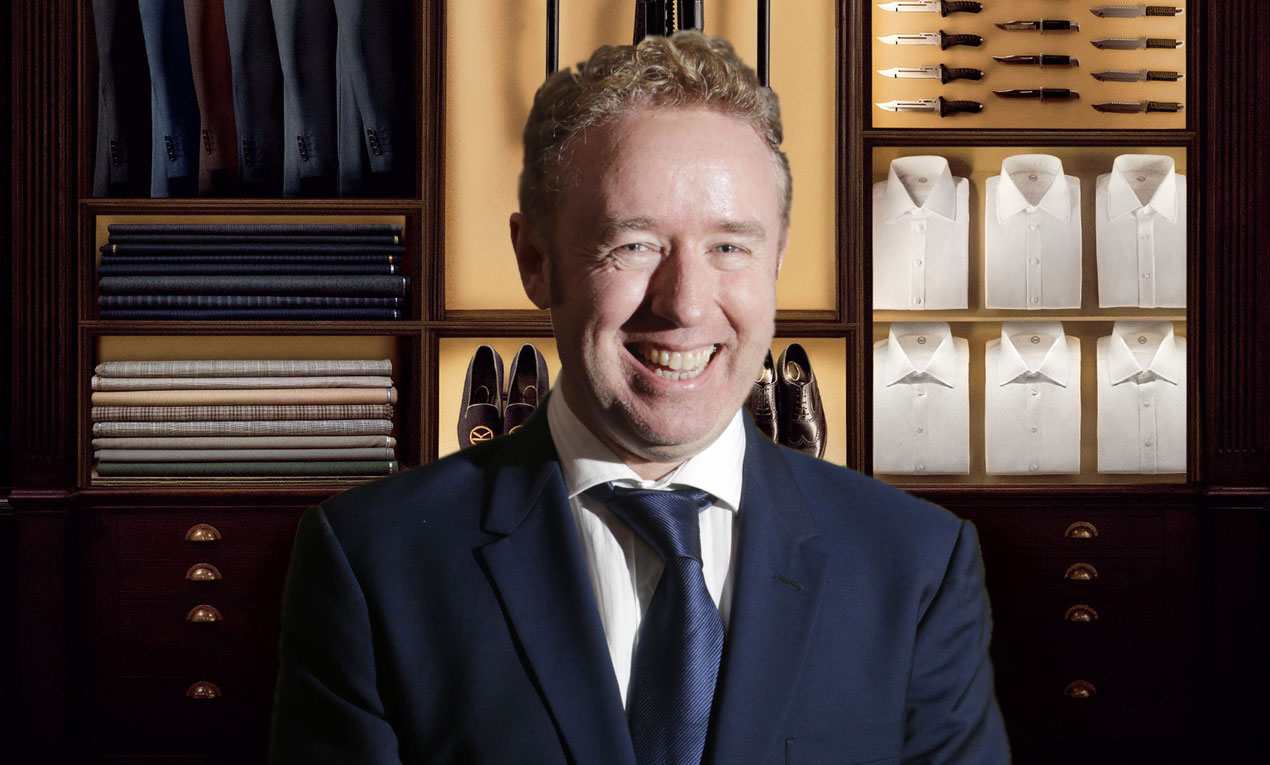 With the phenomenal reception of Matthew Vaughn’s adaptation of Mark Millar’s Kingsman: The Secret Service we sit down with Millar to talk sequel plans, the stellar rise of Taron Egerton and cinematic adaptations of his other works, including Nemesis.

We spoke at the premiere of Kingsman, and I asked you then about the likelihood of a sequel. Now it seems like things are going ahead on that front?

Mark Millar: Well, the funny thing is I don’t think its actually official yet. Matthew [Vaughn] and I have had conversations and he has a few ideas, but that’s as far as its got.

Given how well the film has done, especially abroad, were you surprised by the success of the movie at all?

You can never tell. I loved Kick-Ass and thought it was brilliant and it made $100m and cost 28m, so I thought this would make about $200m on the budget of $80m, but when we heard how well its doing, we got excited. Its done business in China which is great and it’s not done yet. We’ve still got Japan to go and we’re near $400m.

Are there plans in place for a comic book sequel as well?

I honestly haven’t thought about it. I think because I wrote the thing so long ago, my head is in a different place. I’ve just been cracking on with Chrononauts and Jupiter’s Legacy and the other things I’m working on at the moment. I can honestly tell you I haven’t given the sequel a second-thought.

Matthew has written a couple of scenes, and we’re going to go back to the pub where we first wrote the thing this month and spend an afternoon. We might come up with something there. If we don’t come up with something brilliant… we won’t do it. I hate the idea of something on the IMDB page being up there that’s crap, I would rather not be involved.

I’ve got a fairly cheap lifestyle to be honest. I can’t drive, I wear cheap Asda clothes so I don’t need to do it.

There were obviously a few changes made from page to screen with Kingsman. Is that something which ever bothers you with these adaptations?

No, because I’m a producer on them. When Matthew was talking about actors and doing the screenplay with Jane [Goldman] he called me up and said they couldn’t see the characters being biologically related. So the actors and characters evolve in that way. Like Samuel L Jackson’s character was originally a billionaire based on the Facebook guy, but Matthew found that Jackson was available and would be perfect to deliver those lines. It just evolves because its so different to comic books.

We have Taron Egerton in the lead role, and he was up against some strong competition for that part. What was it in particular that he had over the others?

The thing that made him standout above everybody else? I would watch the auditions and get quite depressed actually. Matthew said he would cancel the project than go with someone who wasn’t right. I went in one day and they said check this kid out. It was Taron, and what we found that some actors were too soft and they didn’t feel tough, but the guys who were tough enough you didn’t like. You ended up wanting them to die as soon as it started. It was hard to find someone who was rough around the edges but also had heart.

Taron was the only one who nailed it. It was down to three, John Boyega and Jack O’Connell were the others.

Did he help that he was a relative unknown at that point?

I think it did. It helped with a lot of the characters actually. Some things require a movie star, like if its a high concept you need someone who can sell that concept. If the idea is exciting and you think Tom Cruise or Brad Pitt are in there… you’ll go. But if you’re creating a franchise or selling a character, I think its right to have an unknown.

That’s why I think James Bond wouldn’t have worked with Cary Grant or any of the guys they were originally talking about. It wouldn’t be Bond. Sean Connery being unknown was very exciting, suddenly an unknown in that role. We’re basing this franchise around Eggsy, so it was great to have someone fresh.

He does have that every man quality that Peter Parker has to have. I think Andrew Garfield is a terrific actor but the problem he had was that his life was already amazing. He was already going out with Emma Stone before he got bitten by the spider because he was the best looking guy in his class. And then another awesome thing happens to him.

Taron just looks a bit down-trodden, so it would help relate a bit more.

From what I hear though, Marvel are looking to go even younger. Although I’ve heard Taron mentioned as a young Han Solo… so whatever happens I’m sure he is going to be alright.

Are there any scenes in the DVD release that we didn’t get on the theatrical cut?

Knowing Matthew and his eye for making money, I think we’ll get this version and then another one later down the line…

I think the church scene was originally two-and-a-half times as long. I hate the idea of me being the barometer of good taste, but when I was asked about it even I thought it was too much. It’s so brutal, the most awful things happen to these people for six minutes and your brain can’t take it.

I could see that happening. Originally it was a mass wedding, and I liked the idea of 50 couples getting married.

So do you still look at America as an outsider looking in?

Oh yeah. I travel there for work, but I do everything I can from here in Scotland. I do meeting by Skype or email. I try and spend as little of my time outside of the country because all of my kids are still very young.

Do you watch onto the Marvel films as an outsider too?

Yeah totally. I love the fact that they used all our stuff from the Ultimates in the Avengers movies. I did leave five years ago but still feel a huge affection for them.

They are doing Old Man Logan at the moment actually. It’s there’s to play with and of course there has been talk of it being the next Wolverine movie.

What stage are we at with some of the other projects you’re working on, and in particular Nemesis?

That’s actually at a very exciting stage. I can’t say much right now, but there should be a contract going through very soon. Its been lying around for ages.

I think the next one that might happen is Chrononauts, which is with the people behind Fast and Furious and Universal. They are fast-tracking that one.

Starlight, the screenplay for that just got handed in by Gary Whitta who was previously on the Star Wars spinoffs. Hopefully that will be filming by the end of this year too.

Finally there’s a project that nobody really knows about called Kindergarten Heroes, and is about toddlers of superheroes in a daycare centre. That would be a family film, and that was just handed in.

KINGSMAN: THE SECRET SERVICE is available on Digital HD on May 24 and released on Blu-ray and DVD on June 8th 2015 from Twentieth Century Fox Home Entertainment