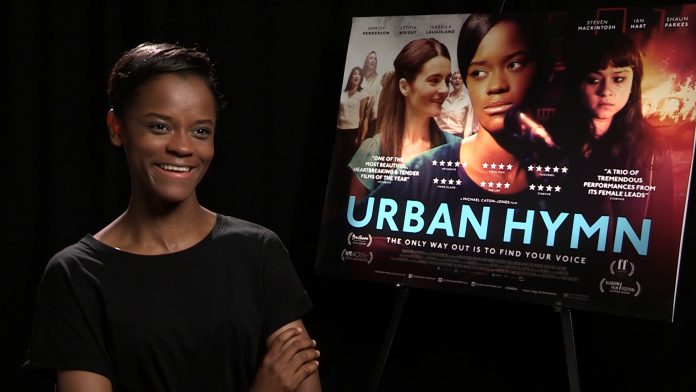 There’s a sense watching Urban Hymn that we could dealing with a future star in the young Letitia Wright, who plays the film’s leading role of Jamie, a troubled young soul who seeks a different route in life when it’s discovered she has a beautiful singing voice. We had the pleasure to sit down with Wright to mark the film’s release.

In our interview below we asked her about her own experience singing, and what she’s listening to at the moment. She also talks about her memories of the London riots (which provide the backdrop to this drama) and her experiences working on Ready Player One.

Urban Hymn is released on September 30th and you can read our 5* review here.