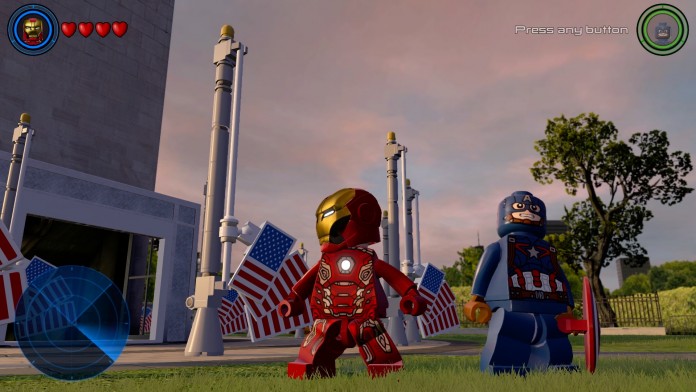 Lego Marvel’s Avengers is the next Lego video-game from developer TT Games. This time round they’ve gone super-big on the open worlds.

We already knew that the upcoming Lego Marvel’s Avengers was expanding beyond the two main films of The Avengers and Age of Ultron. It had been revealed that the game would also include content for other Marvel films for Avengers characters: Captain America: The First Avenger, Iron Man 3, Thor: The Dark World and Captain America: The Winter Soldier.

We didn’t already know just how much space would be afforded to each of these films in the form of explore-able open worlds.

We get to roam the streets of a range of iconic locations from the films:

For a taste of what the main game looks like here’s the opening 12 minutes: