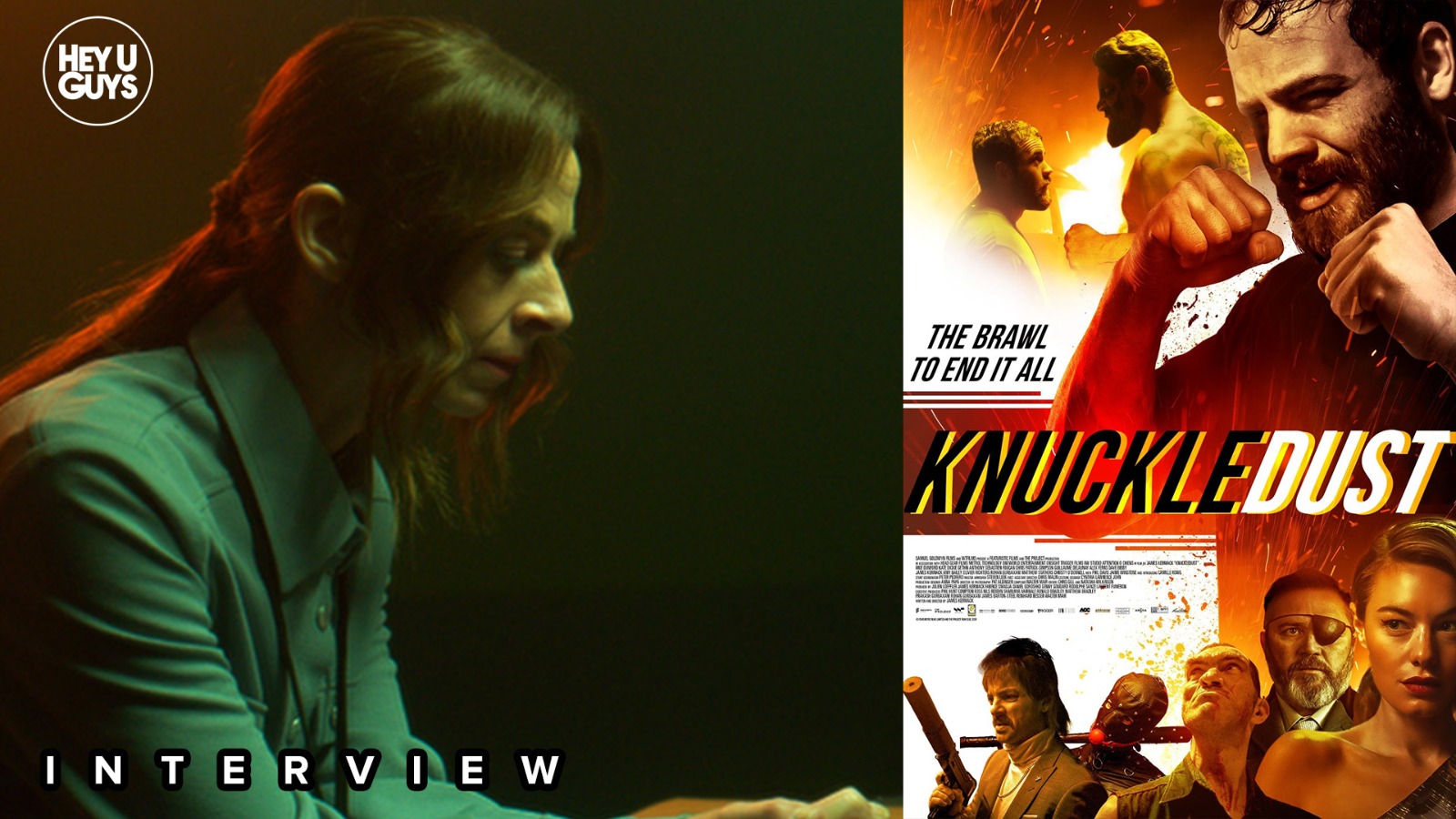 She’s one of the hardest-working and underrated character actors in the UK, and Kate Dickie can now be seen in the brutal, yet stylistic thriller Knuckledust – and we had the pleasure of speaking to her via Zoom to celebrate the film’s VOD release. We discussed her character, the elusive nature of the film, and what it was like to work alongside leading star Moe Dunford. Talking of collaborations, we also look back over her time making The Witch and how it was to work with Anya Taylor-Joy in one of the actresses’s first major roles – and finally we look ahead, as the Scottish performer is working alongside Robert Eggers yet again, in his eagerly anticipated The Northman. Be sure to watch our interview with Kate Dickie in its entirety below:

When a special police task force kick open the doors of elite underground fight den – Club Knuckledust, they find seven levels of hell, filled with the dead bodies of countless fighters, assassins and goons. Only one man, beaten to a pulp, barely breathing, is still alive: Hard Eight. With a shady Government official en route to take him away, Chief Inspector Katherine Keaton and her team have ninety minutes to interrogate Hard Eight to find out if is the lone survivor or a multiple murderer. With lies flying from everyone’s mouths and corruption becoming apparent, Keaton starts to wonder “Who is the real criminal?