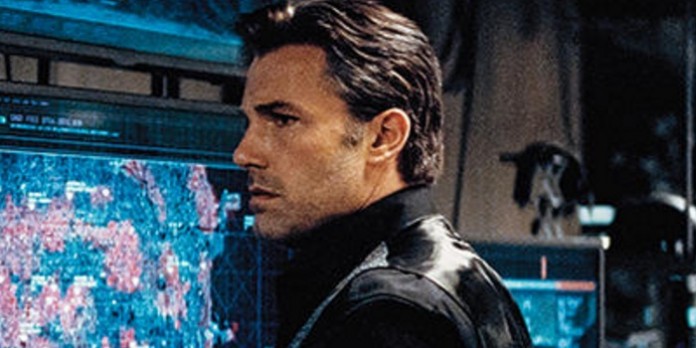 Ben Affleck’s Batman movie still doesn’t have a release date, but a number of reports point to shooting starting late Spring/early Summer 2017. Regardless, the first major casting addition has already been made in the form of Joe Manganiello as the villainous Deathstroke, and the actor had nothing but good things to say about the project in a new interview.

“His take is a fresh take but I think the audience is going to be surprised,” Manganiello said about what Affleck brings to the table. “Because it’s a road that no one’s really gone down that’s completely integral to, you know, who Batman is. And I think it’s gonna be refreshing but at the same time completely familiar. But it’s going to take this franchise in a direction that I think A LOT of people are going to be really happy about. It’s going to be gritty and action packed and cerebral and all of those elements that people love about Batman.”

That sounds pretty much perfect, and the actor went on to explain why he’s so excited to work with the award winning director and writer of movies like Good Will Hunting and Argo.

“Ben’s a great director, man. I mean the last movie that man directed won best picture. He’s got an Oscar for writing. Like, this is all the components to go down as a… everything is lined up for a really really really great movie. Not only a superhero movie but just a great movie.”

Affleck has said that he’s still working on the script, but things are sounding good for Batman as of right now. With any luck, we’ll get an official release date sooner rather than later.

Scott Davis - Jun 4, 2020 0
To celebrate the release of the brilliant new romantic comed...