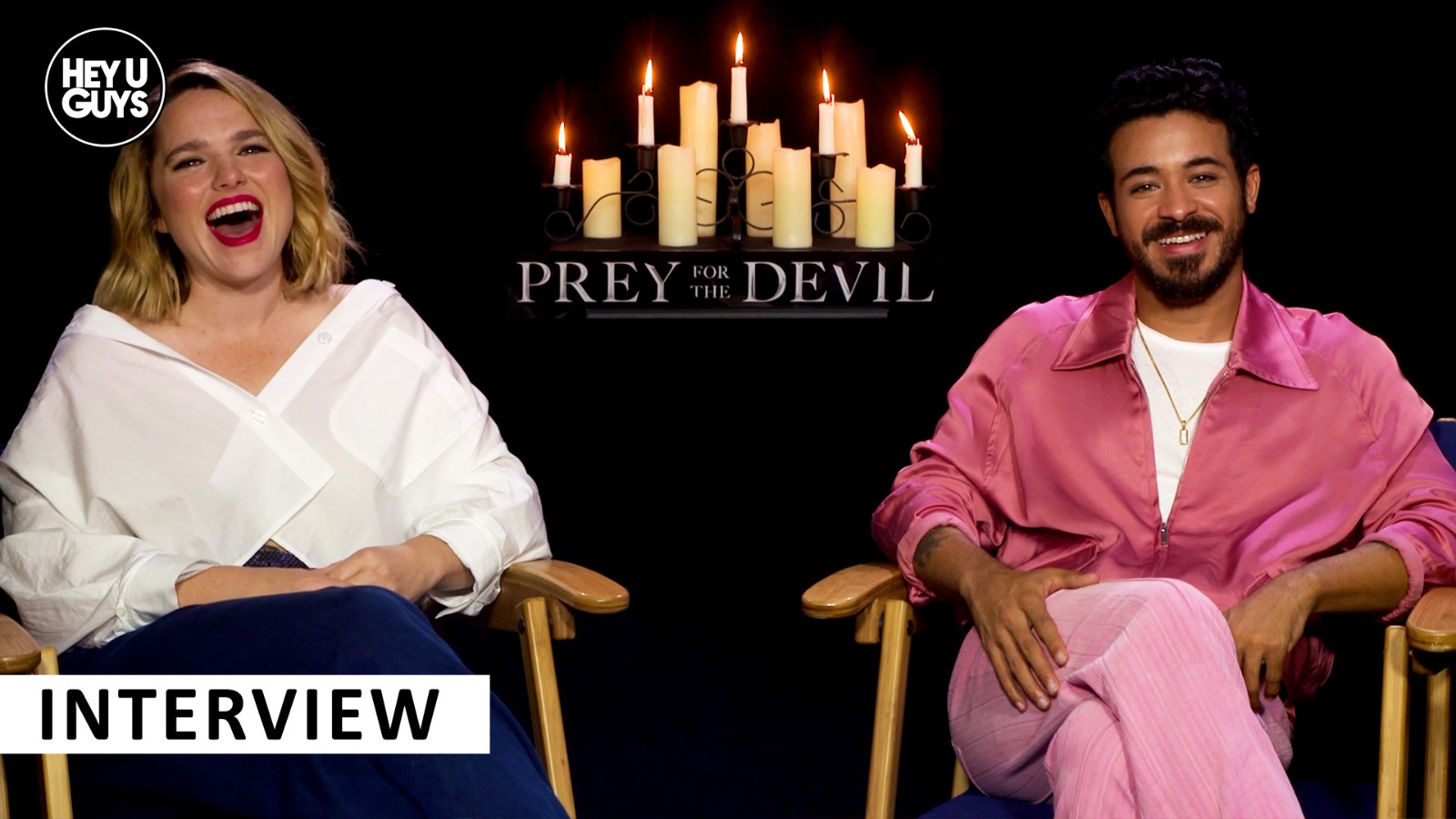 Prey for the Devil is out in cinemas now, and to mark its release we had the pleasure of speaking to leading stars Jacqueline Byers and Christian Navarro. We delve into the themes of the movie such as exorcism, and what the actors’ respective research methods were. Meanwhile Byers talks about why the horror genre is such a strong breeding ground for complex female roles, and the effect starring in a horror movie has had on them both as audience members. Navarro also speaks about his experience on 13 Reasons Why and how that has set him in good stead for the remainder of his career, while whether they both believe the horror genre is underrated within the industry.

The Roman Catholic Church combats a global rise in demonic possessions by reopening schools to train priests to perform exorcisms. Although nuns are forbidden to perform this ritual, a professor recognizes Sister Ann’s gifts and agrees to train her. Thrust onto the spiritual frontline, she soon finds herself in a battle for the soul of a young girl who’s possessed by the same demon that tormented her own mother years earlier.
Prey for the Devil is out in cinemas now

Trailer drops for ‘Prey for the Devil’

Melissa McCarthy on her dramatic new role – Can You Ever Forgive Me? LFF Premiere