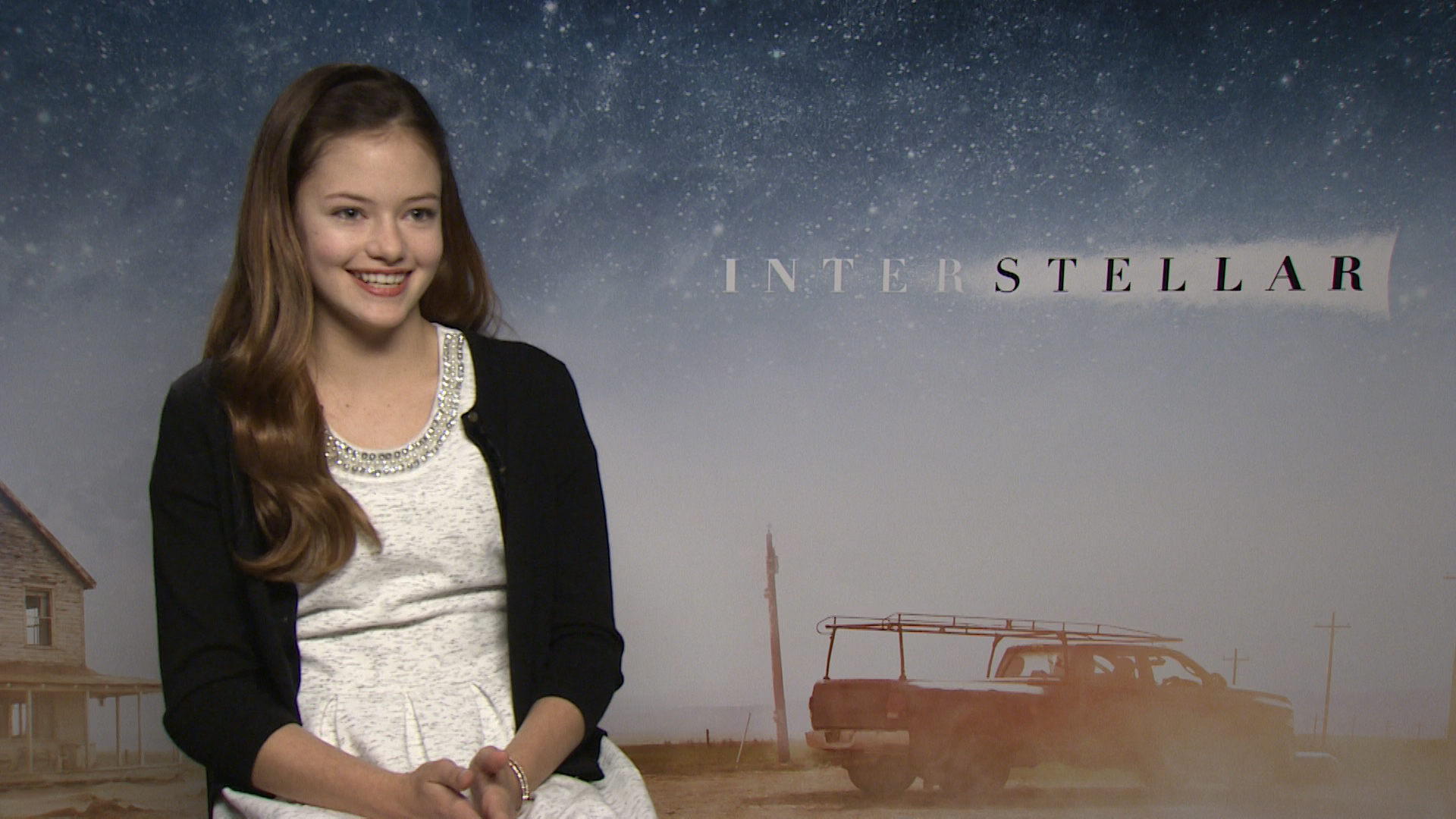 Christopher Nolan’s space epic Interstellar hits UK cinema screens this coming Friday 7th November and our pal James Kleinmann got to sit down and chat with the cast-members of the movie.

Today we have rising star Mackenzie Foy for you. You may recognise her as the daughter of Bella (Kristen Stewart) and Edward (Robert Pattinson) in the final Twilight movie Breaking Dawn Part 2.

In the interview we get to hear what Foy’s first thoughts of the script were when she read it (or didn’t!), and what her impressions of the movie when she first saw it. We also get to hear where her character name ‘Murph’ comes from and her obsession with space and James compares that to Foy’s own thoughts on space travel.

Finally we get to hear what shooting Interstellar was like compared to that of shooting her previous movies The Conjuring and Twilight: Breaking Dawn Part 2.

If you missed them, check out The Interstellar Press Conference in full below and interviews with all the cast from the Red Carpet Premiere in London.