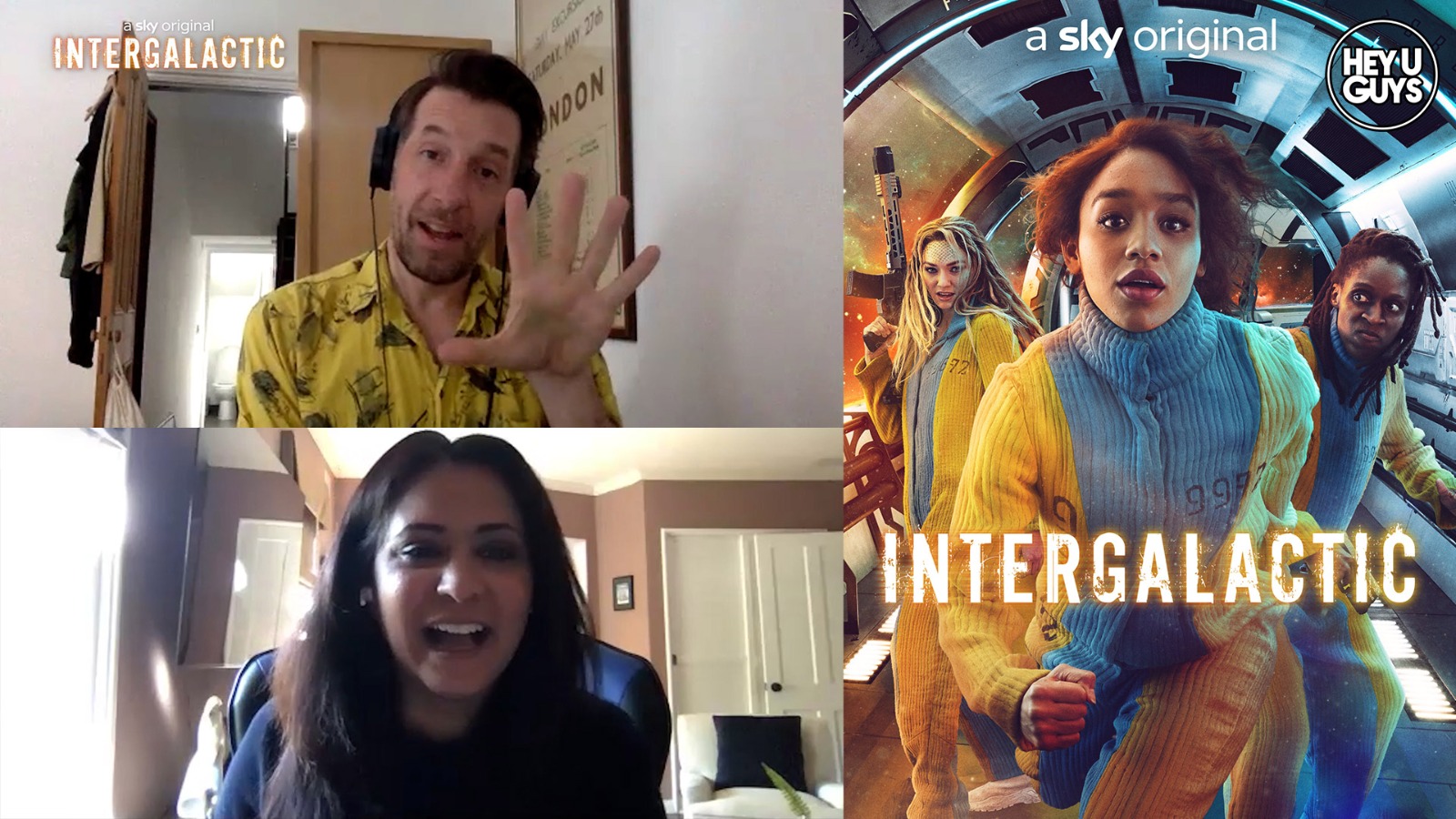 This week marks the launch of new Sky Original series Intergalactic, and to mark the occasion we had the pleasure of speaking to several members of this illustrious ensemble. Below find interviews with Parminder Nagra (Bend it Like Beckham) and Craig Parkinson (Line of Duty), as well as Sharon Duncan-Brewster (Rogue One) and Oliver Coopersmith (Tin Star), before ending on Thomas Turgoose (This is England).

We discuss everything, ranging from the remarkable sets the actors worked on, to the costumes, and the characters they’ve been given. We talk about the film’s strong, empowering feminist approach, and why even though who turn up their nose to science-fiction, ought to give this one a go. We ask whether the actors were able to nab any memorabilia from the shoot, and we even chat to Parkinson about Line of Duty. Enjoy!

Written by award-winning showrunner, Julie Gearey (Prisoners’ Wives, Cuffs, Secret Diary of a Call Girl), the series tells the story of fearless young cop and galactic pilot, Ash Harper (Savannah Steyn), who has her glittering career ripped away from her after being wrongly convicted of a treasonous crime and exiled to a distant prison colony. But on the way there, Ash’s fellow convicts stage a mutiny and seize control of their prison transfer ship. With the flight crew dead, mob leader Tula Quik (Sharon Duncan-Brewster), is intent on reaching the free world – Arcadia – with her gang; and Ash is the only pilot who can get them there. Ash is forced to join them on the run towards a distant galaxy and an uncertain future.