Home Film Interviews Inside the Mi... 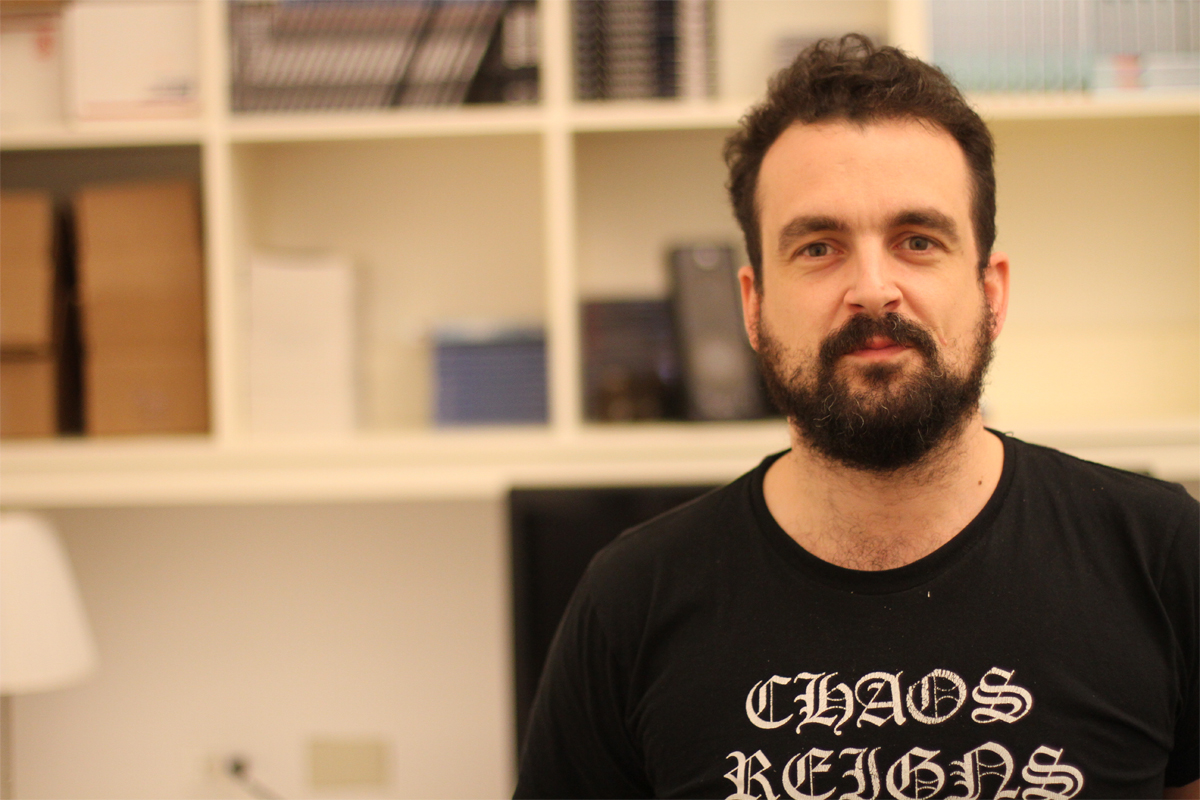 In a special eight part feature ‘Inside the mind of…’ HeyUGuys pieces together a broad set of perspectives behind the work and contributions to genre cinema at this year’s FILM4 FrightFest. From rising star Maika Monroe, the genre young bloods Simon Barrett and Adam Wingard, Spain’s Nacho Vigalondo, Hatchet horror maestro Adam Green, and the seasoned Veteran John McNaughton, we journey into the creative mind-set.

Following on from The Guest’s leading lady Maika Monroe’s reflections on “being aware of who you are”, and Adam Wingard and Simon Barrett’s light and dark contemplation of genre cinema, Nacho Vigalondo takes us into the inner works of his creative mind-set. What we discovered during the course of our conversation was a creative mind set filled with internal conflict fuelled by the desires of the writer versus those of the director, rule breaking and a filmmaker who’s ethos is to challenge rather than to please.

Why a career in filmmaking? Was there that one inspirational moment?

I feel like I’ve made it by accident and contrary to all of my colleagues I didn’t picture myself as a filmmaker when I was a kid. I was born in the seventies, and I lived in a small town in Spain at a time when the idea of being a filmmaker was a far off ambition. Spanish movies were talking to adults rather than to us kids, and so we were watching similar movies – horror films and so on. While I always liked movies, I felt they were a million miles away, and so my vocation at that time was stories.

I’ve been into comic books and novels all my life, and maybe it was the case that I wanted to be a comic book artist or a writer, but what I am devoted to is narrative. The reason I am a filmmaker is because I have a system that doesn’t allow me to write a novel. The way a picture sticks in my memory is invasive instead of in the form of a written language. So I wanted to make stories my life, and the reason I make movies is because of the way my mind works.

So it is not only movies that are an inspiration but also comic books – writers like Alan Moore and Frank Miller, and here I am in England – the country of one of my favourite comic book writers – Alan Moore.
Speaking with filmmakers they often talk of directing whilst they write. How do the two inform one another for you?

I write my own films which I then direct, and so on the one hand I am a writer and on the other I am a director. In the end everything is related. You can’t write a full script if you are not sure that it is going to become a movie or a real experience. But when I write I try to forget as much as I can the filmmaker side of myself, and when I direct I try not to think of myself as a writer. With a good movie the writer and the director are confronted, though I don’t believe in bickering on the set or the devotion of a writer to the director. I think the bond is at its strongest when there is a confrontation during the shoot between the writer, the director and the movie. But since I am a writer I have to learn how to move away from myself, and to not think of myself as a writer when I direct my own work.

[pull_quote_left]One of the things I like most about filmmaking is that the prime material you work with is not celluloid any longer – it’s not a hard disk and it’s not a gigabyte. The prime materials you are working with are the people. [/pull_quote_left]Is the creative process a compromise in which everyone has to help find a harmony by showing willingness to give and take when it comes to how they approach a project?

Learning to make movies is learning to work with people, and I love that side of the experience. I hate to be aggressive and I hate crises on set, which I try to avoid as much as possible. But I love the process of making a film when you have a good healthy confrontation, because films are bigger than what we all had in mind.

I always say that the best movies I have seen in my lifetime are not directed by someone – they just seem to happen, and are bigger than all of the people who are involved in the process. That can be a frustrating thing, because I don’t know if I can make a perfect movie just by sitting in my own world – the situation has to bring something else. But you never have control of the whole thing, though I do like the humble side of this thought.

The anthology occupies an important place within horror, and has recently seen a resurgence. How do you view its place past, present and future?

I started out making short films, and I’ve never stopped making shorts. Every time I have a chance to make a short film I jump at it even if it’s low budget, because I love stories and some stories are simply short.

When you use a format it is sometimes about what part of the industry needs it, and in a sense with short films they do not necessarily offer a great benefit. But on the other hand you can apply a lot of things cheaply compared to feature films. In the case of working on V/H/S Viral or The ABC’s of Death it is the best case scenario for me because I am making a short film where I have a level of freedom which is not necessarily the norm, and on the other hand with a career in mind, and so it is the perfect situation.
How does genre influence the dynamic of the writing and the directing?

I was a horror geek, and when I went to college I discovered 1960s and 1970s science-fiction literature. Everything I have done including my short films could at some point be considered sci-fi.

[quote_left]I don’t want to follow a set of rules that makes everyone happy, and allows them to remain in their comfort zone.[/quote_left]I understand those rules precisely as something to break, and what I enjoy most is making a movie that seems to be functioning inside a set of rules, only to then break most or all of them. You sign a contract with the audience and then you break the contract, and that remains the most satisfying thing for me.

On the other hand I like the combination of horror and sci-fi because when you are jumping into these universes you are forced to bring new ideas to them. You can make a perfect drama – the best drama of the year without any new ideas. But if you are to make a science-fiction; if you want to make a good science-fiction or horror movie then you have to bring something new. Maybe it’s the way you treat the characters or it’s the way the idea evolves into something different. To be honest I don’t know, but I love that side of the process.

If filmmakers are willing to break the rules and play around with genre to give audiences something different are the ones who can define storytelling and genre cinema?

It can be described in a simpler way. I am a spectator before anything else, and I go to the movies where I love to be disorientated. I love to feel that I’ve been knocked out of my comfort zone and I actually remember watching Twin Peaks on TV. It was on late at night when I was a kid and I didn’t know anything about David Lynch, but I remember that sensation when I saw the dream sequence in episode three – a raw sensation of being totally disorientated and lost in the labyrinth where I didn’t really know how things would continue or how things could move on from this point. I love that sensation, and I think as a filmmaker an act of love is trying to replicate for others the feelings that you yourself have experienced.

I never made a movie that was close to Twin Peaks, but I like to think that the movies I have made challenge rather than just please the audience. Maybe you don’t like my movies; maybe you are not satisfied in the end, but I want you to be alive during the process where at some point you confront the movie.

So yes it is a paradoxical thinking, but I think you don’t want to please your fans. Rather you want to somehow slap their backs, and perhaps by doing this you lose some fans, but the ones that stay are going to love you all the more for it. That’s my theory at least.

The Best Shorts From FrightFest 2021