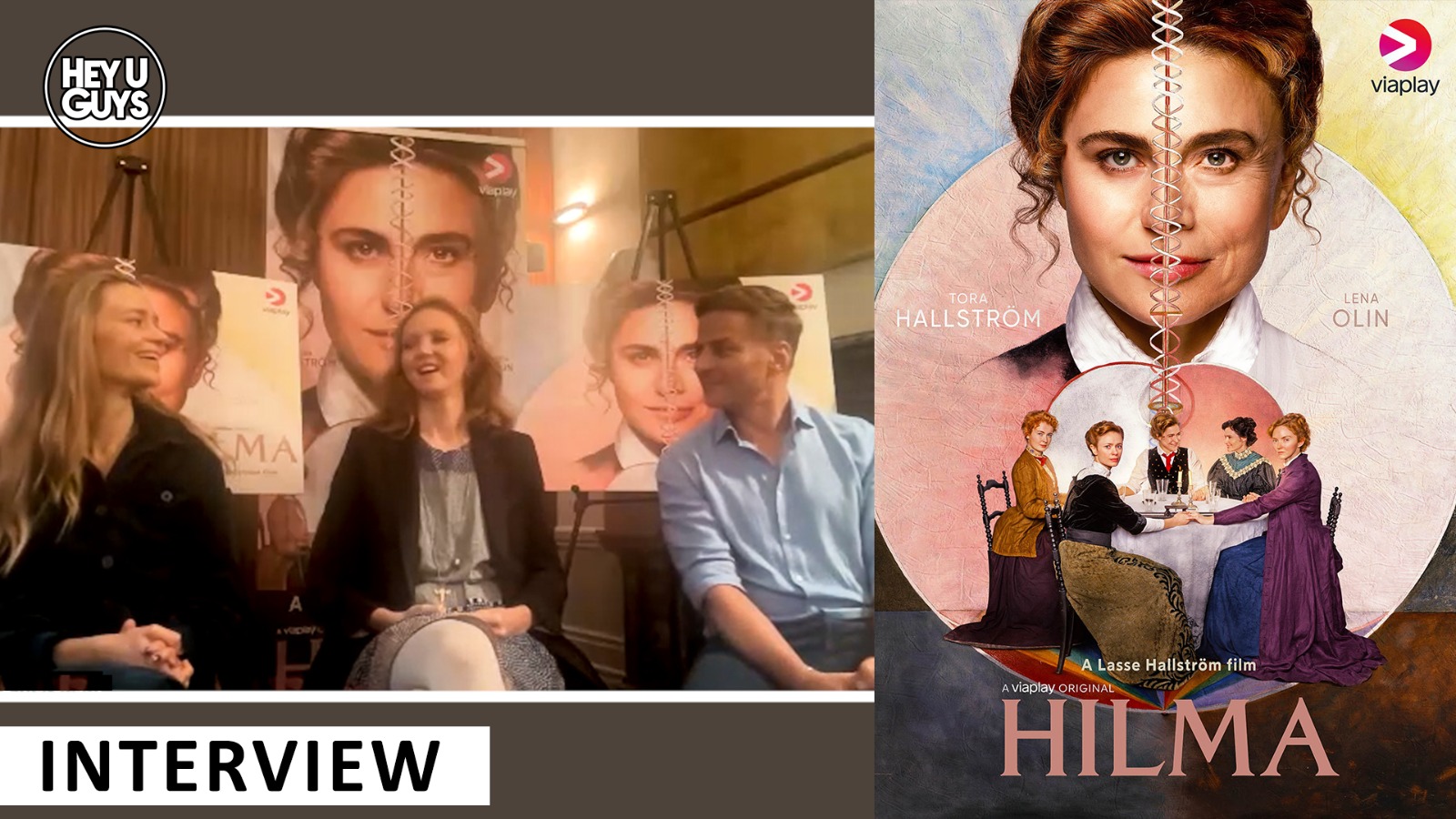 Hilma tells the remarkable story of trailblazing artist Hilma af Klint, which is something of family affair with the film directed by Lasse Hallstrom, and starring his wife Lena Olin, and their daughter Tora, both playing the title role. The film boasts an impressive ensemble, and it’s the ensemble we spent time with – as we spoke to Maeve Dermody, Lily Cole & Tom Wlaschiha about this period piece.

We discussed how important women like Hilma were in history, and what it is about her art that the cast like most. They also talk about their experiences shooting the film – and of course, we couldn’t help but ask Wlaschiha about his experience shooting Stranger Things, and what it’s like starring in shows such as that and Game of Thrones.

The film follows Hilma af Klint as she grows up as a curious and scientifically interested young girl, eagerly looking for the wisdom of life and death. After her beloved sister dies a tragic death, Hilma feels a deepened sense for spiritual and philosophical ideas. While attending the Royal Academy of Fine Arts, she meets a circle of female artists that share her passion. Together they found “The Five” and create occult practices in an attempt to communicate with the spirits of the higher world.
Eventually, her search for the higher realms is rewarded and she manages to convey the spiritual world through painting, leaving her with a painting that is unlike anything else in the art world. She convinced her five companions to join her in her vision, creating the “Paintings for the temple” a spiritual house full of spirit-guided artwork, decorated in a spiral-shaped building. However, the world proves it is not ready yet to understand the gravity and pioneering character of Hilma af Klint’s paintings…
Hilma will be released in UK cinemas on 28th October. Early 2023, Hilma will also be available on Viaplay UK, Viaplay’s streaming service set to launch in the UK this autumn

Is it all coming to an end in the for our misfits? Teaser trailer lands for ‘Guardians of the Galaxy Vol. 3’