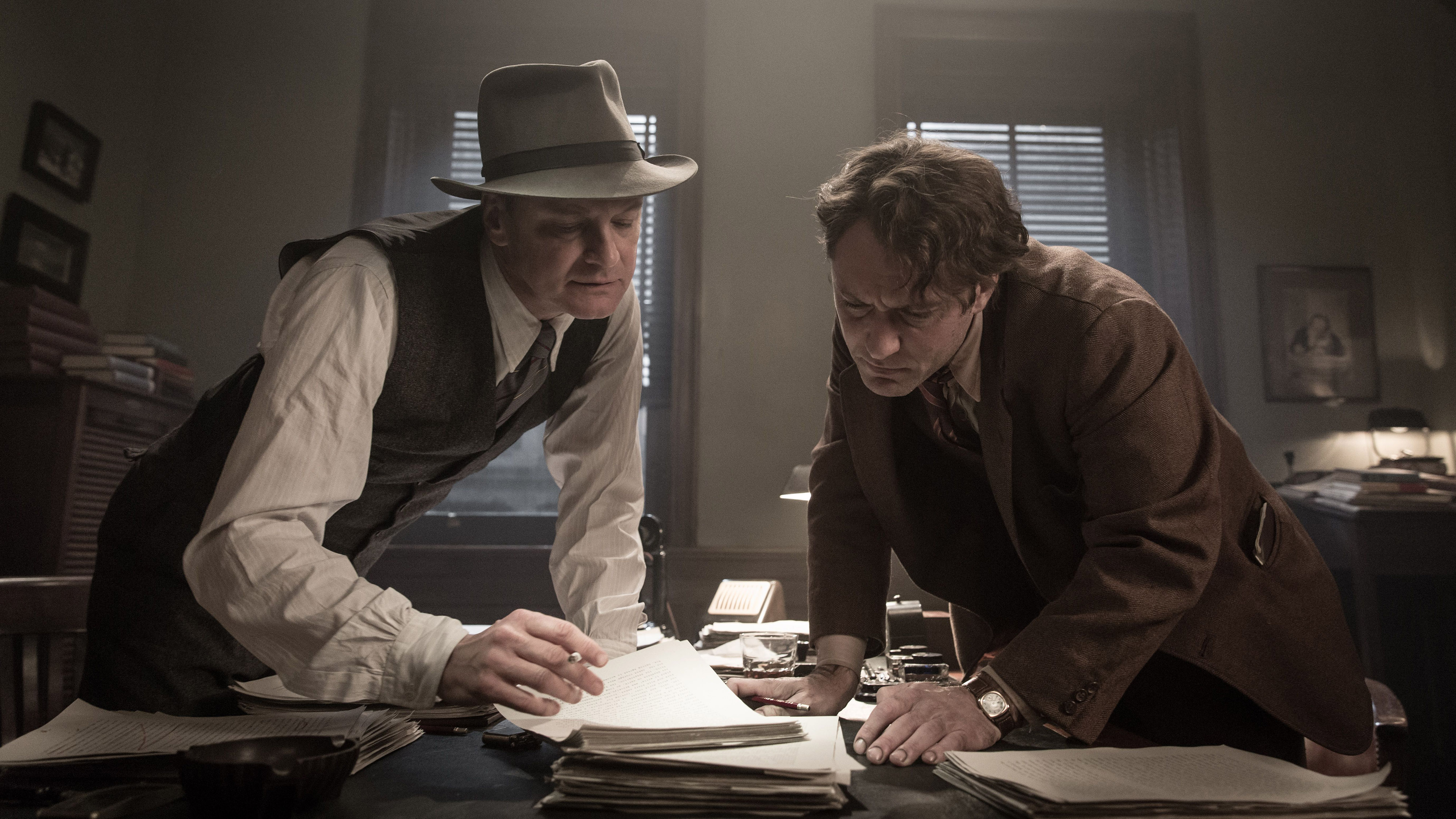 When using the biopic as a blanket term to describe films based on and depicting real, noteworthy historical figures, there are generally two ways to approach it. You can take the route that both Selma and Life did, on Martin Luther King and James Dean, respectively, in thriving in a more subtle approach set across a short period of the subject’s life. Or you can expand and veer into the realm of the caricature, revelling in the notion of overstatement, with both contrasting endeavours able to serve the project at hand and enrich the viewer’s experience accordingly. Much like we saw with Trumbo, Michael Grandage’s debut feature Genius deals with the latter, and while an accomplished picture, sadly what this film is truly missing is any sense of delicacy, and nuance.

Set primarily in the late 1920s, our subject is Thomas Wolfe (Jude Law), a unique, charismatic and distinctively eccentric author who finally finds an editor willing to publish his first novel, Look Homeward, Angel – allowing him to follow in the footsteps of his idols F. Scott Fitzgerald and Ernest Hemingway. The esteemed editor, who oversaw the work of the aforementioned wordsmiths, is Scribner’s Max Perkins (Colin Firth), and though mesmerised by Wolfe’s writing, given the sheer depth of what has been presented, it will be a harder task to cut the copy down, than initially envisaged. Throw in the volatility of the man himself and the next few years certainly won’t be lacking in excitement, as Perkins and Wolfe build up a close affinity with one another – much to the annoyance of their respective wives, Louise (Laura Linney) and Aline (Nicole Kidman).

Genius survives off the infectious energy that Wolfe provides, epitomised in the film’s best scene, taking place in an underground jazz club. Conversely, the film, and much like the man himself, he can be testing at times, overbearing in its grandiosity and pace. Nonetheless, Law appears to be ideal for the role given his inherent charm and screen presence, though the actor can be accused of overdoing it in parts, somewhat contrived in his execution and portrayal, albeit complete with an endearing sense of conviction.

The two lead roles remain crucially flawed too, not romanticised or eulogised over, in what is by no means a sycophantic biopic (which we do see happen). We see two men who become obsessed by their profession, to a point where they blindly and shamelessly put their families to one side, and miss out on crucial, indelible experiences in the process. But then again, this film, at its core, is about friendship, and that in itself is a unique theme that can be overlooked in cinema. So often we deal with the notion of romance or death, but a love between two close friends can be equally as profound.

Courtney B. Vance on starring in Genius: Aretha, meeting the woman herself – and being inspired by his wife Angela Bassett