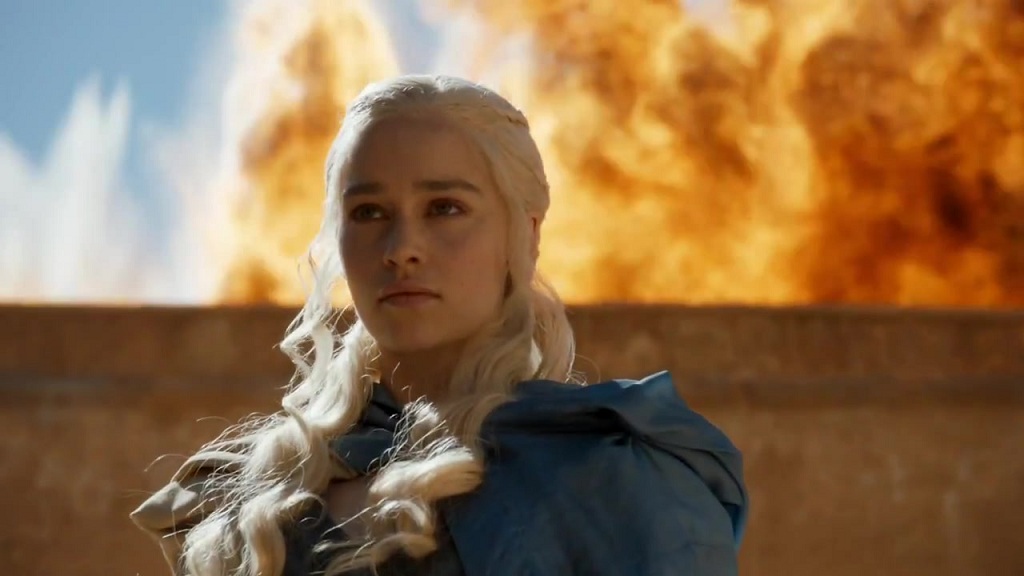 Few television shows have the ability to leave their audience slack-jawed and stunned on a near weekly basis. Throughout its highly successful four seasons – with the fifth currently airing on Sky Atlantic and HBO – David Benioff and D.B. Weiss’ remarkably ambitious adaptation of George R.R. Martin’s A Song of Ice and Fire has become one of the most unpredictable and side-swiping dramas; a visual parade of left-turns and suckerpunches.

Selecting just ten of the most shocking moments from Game of Thrones so far was by no means a simple task, but after much debate and deliberation, here are our picks.

Forever proving her worth to the Dothraki, it is critical that Daenerys gives birth to a son – and an almighty strong one at that – in order to maintain the legacy and prowess of Khal Drogo. For her to achieve such a feat, she must consume an entire stallion’s heart fresh from the noble steed without vomiting.

It is a particularly grotesque sequence that fails to mask any bloody, pulpy detail. Throughout her first season alongside the Dothraki, Dany had been the outsider, but as she kneels, sodden with blood, and endlessly devours the life muscle, audiences really saw the dawn of Khalessi arrive.