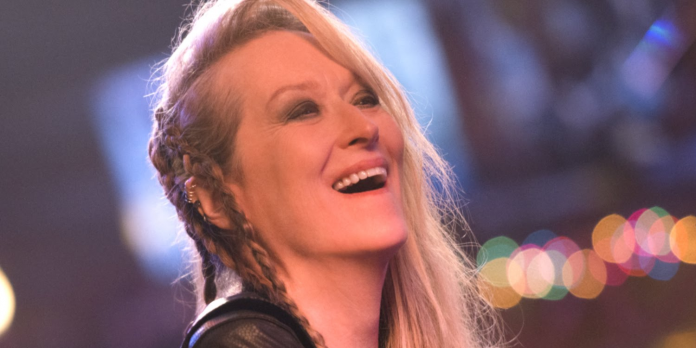 During the course of her 37 year career, Meryl Streep has delivered a lot of great and very different performances, and her record for the most Academy Award nominations (nineteen and counting, with a total of three victories) is unlikely to be topped in the near future.

However, despite how incredible a performer Streep may be, she’s also exceptionally funny, and her comedic roles stand out just as much – if not more – than her dramatic ones.

That was evident in Ricki and the Flash a little earlier this year, but looking back over the illustrious career of Meryl Streep, what were her funniest roles? Here, you will find five of the very best, along with a look at some of the still very quotable lines from each of them.

“These damn things are as hot as a stiff cock,” raves Meryl Streep’s Julia Child at one point in this unique biopic about the woman who proved to be an inspiration to people around the world by providing them with some much sweeter (but equally as funny) advice on her cookery programme.

It’s to the actress’s credit that she found the right balance between character and caricature, with Streep mimicking Child, but never relying solely on that to define her performance. However, regardless of how great a performance this was, it was also a very funny one. While Child was the kind of personality who would always ensure that this role would generate laughs, it needed someone as good as Streep to make it work.

Director Robert Zemeckis utilised special effects brilliantly in Death Becomes Her, but much of the credit for why this movie worked deserves to go to Meryl Streep and Goldie Hawn, and not just because of their physical performances. The sass levels here are off the charts, and the actress does an incredible job of taking us through Madeline Ashton’s journey from being a youth obsessed has been to a supernaturally rejuvenated vixen, albeit with her head now twisted the wrong way around.

A scathing take down of Hollywood and its apparent obsession with vanity, a highlight of Streep’s wonderfully hammy performance comes when she realises her unique predicament and cries, “Ernest, my ass! I can see…my ass!”

It may not be the most well produced movie (the special effects were laughable even when it was released), but She-Devil has become something of a cult classic, and much of that is down to Streep’s performance.

She’s funny enough to save the whole thing as romance novelist Mary Fisher’s life begins to pan out in a way she never expected or wanted. However, despite how mad things get, Streep brings some much needed reality to the character.

Even if you’ve never seen She-Devil, you’ll no doubt be familiar with the massively popular GIF of Streep climbing on top of her bed and declaring, “I am an artist!” which shaking her behind with a great deal of enthusiasm. That’s one of many highlights!

Despite being a little vulgar in places, It’s Complicated served as a great platform for Streep’s comedic talents. The movie serves as an interesting exploration of subjects like ageing, sex, marriage, and dating (not to mention what happens when all four of those collide), and the actress is at her best here as she delivers a performance which sees her portray Jane Adler as relatable and loveable as she is vivacious and sometimes unhinged.

Following Jane as she has an affair with her ex-husband – who is now married to a much younger woman – there are a lot of very awkward and funny moments in It’s Complicated, and this unique romantic comedy allows Streep to go to some very interesting places.

What else was going to be here? One of the most genuinely funny performances of the past decade, Miranda Priestly is a wonderful creation who delights in making the life of Anne Hathaway’s Andy a nightmare, but as hateful as she sometimes is, that makes Streep no less fun to watch (especially when she’s knocking out zingers like, “By all means move at a glacial pace, you know how that thrills me”).

Even when she’s just pursing her lips of muttering under her breath, Streep is fantastic, and what could have ended up being an awful example of overacting in the hands of some ends up being downright amazing instead. Streep is great at being hilarious, but this remains one of the very best examples of that!

The Laundromat TIFF Premiere: The cast on the genius of Steven Soderbergh