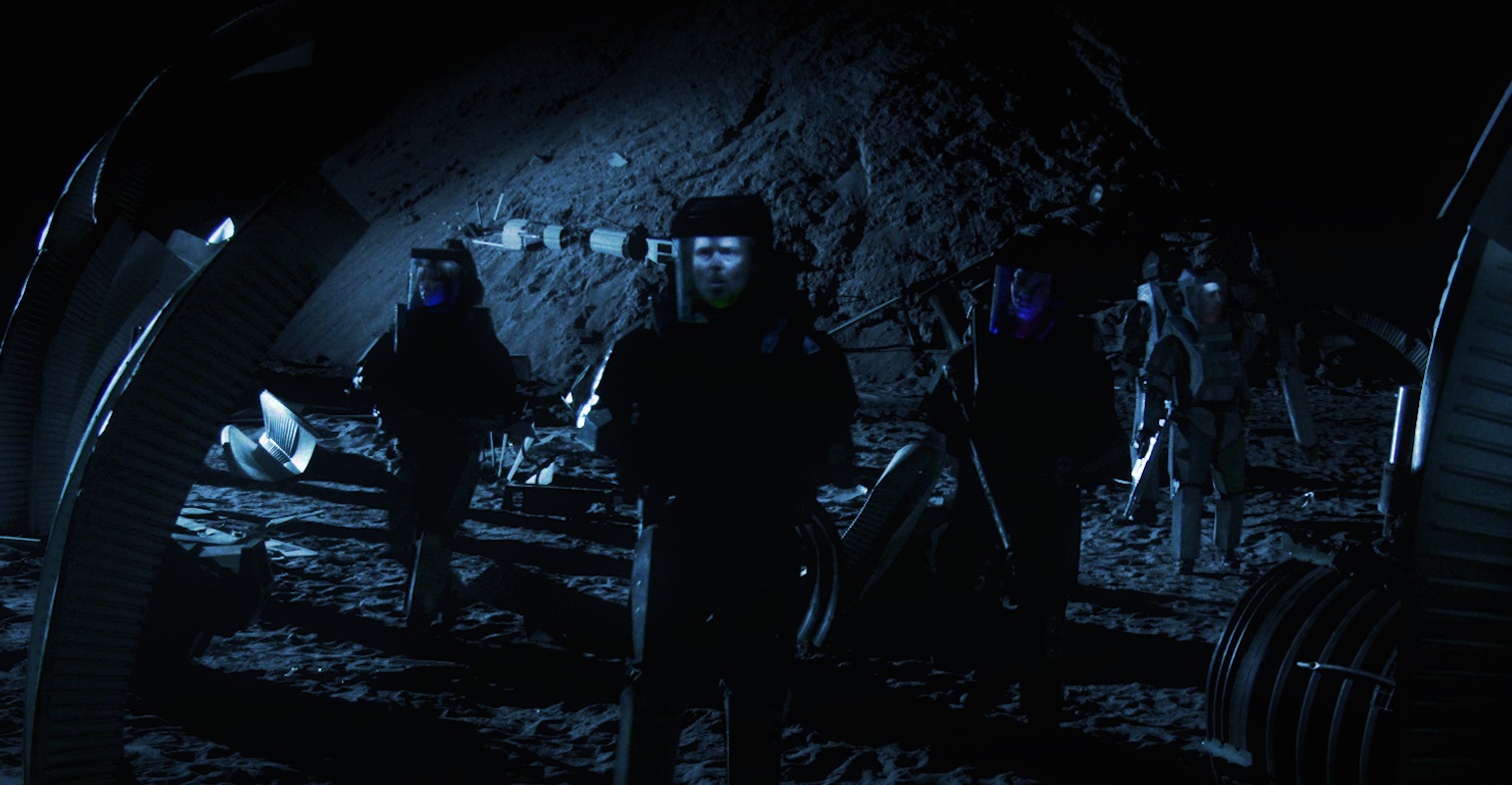 Every once in a while we writers are fortunate to discover a story of determination and passion that inspires us, and reminds us of why we wanted to write about film.

For that reason is to bring experiences and stories such as the one behind the making of Shockwave Darkside 3D to the forefront so that they don’t go untold.

What better way to hear the stories and experience than through the personal reflections of writer-director Jay Weisman and his Shockwave family and their own creative war that mirrors the last Great War raging on the moon in their contribution to a grand genre.

Last time we heard from Jay he was on his way to a rendezvous with ‘the dark heart of cinema’, otherwise known as FILM4 FrightFest. In a busy and encouraging spell following FrightFest for his “little sci-fi epic” Jay catches us up on the goings on from American Film Week.

Fright Fest was a friggin’ blast.  Alan Jones and Greg Day were the perfect hosts, and I loved being there.  It was also an amazing experience to see this labour of love that we all worked so hard on projected on the big screen in front of an audience.

By design, we wanted Shockwave to be a different kind experience, and we knew that reactions to the film might be split given the venue. But I don’t think we were prepared for the level of controversy that the film generated, and that’s the great thing about being a fan of the genre. I think it invites passion, and so it was great to see what people responded to.

After each screening, folks walked up to me, asked for my autograph, invited me to pose for selfies and told me how much they loved the movie. In fact, I’m still receiving e-mails from people who just wanted to say how much they enjoyed the film, and how bold they thought it was.  We even received a great review from sci-fi author Stephen Hunt, who I think really tuned into what we were trying to do. On a technical level it also gave us a variety of conditions to see how the 3D played in the various theatres, which provided us with another opportunity to refine that end of things.  So in short, it was EXHAUSTING!

Literally after the very first screening Moviehouse Entertainment, a foreign sales agent came up to us and said that they were interested in representing the film for worldwide distribution; as did others throughout the festival.  So we have spent the last few months negotiating those deals and prepping the movie for sale.  Most people think that when the movie screens somewhere it is done, done, done. But because everything is digital, it’s still in a pretty fluid form, and so as I said above, we made some additional optimizations for both the 3D as well as the 2D versions, and then just provided all the various files needed for such things as subtitling and home video.  The computers have pretty much been churning since I got back.

Now all the various reps are taking the movie to the American Film Market that is held in Santa Monica, California.  It’s a yearly event where buyers and sellers of independent film come from all over the world. One of the exciting and challenging things about the industry is that it’s changing all the time, and even more so these days with streaming and VOD. So it’ll be interesting to see the route our little sci-fi epic will take to distribution, as there is no longer one direct path to the viewer’s eyeballs.

Along the way we are developing new properties, and are in the very early planning stages to get another feature up ’n’ running.  Also, many of our Shockwave family are onto their first or even second features: editor Eric Dow with the documentary he directed Behind the Mask, and co-producer Paul Jarrett with Fan Girl and VFX director Wayne Johnson with Into the Void. So we have a nice little support network in that we all sort of check-in with each other’s projects as needed.  It’s a very talented and cool group to be a part of, and I’m glad we’re all still in touch.