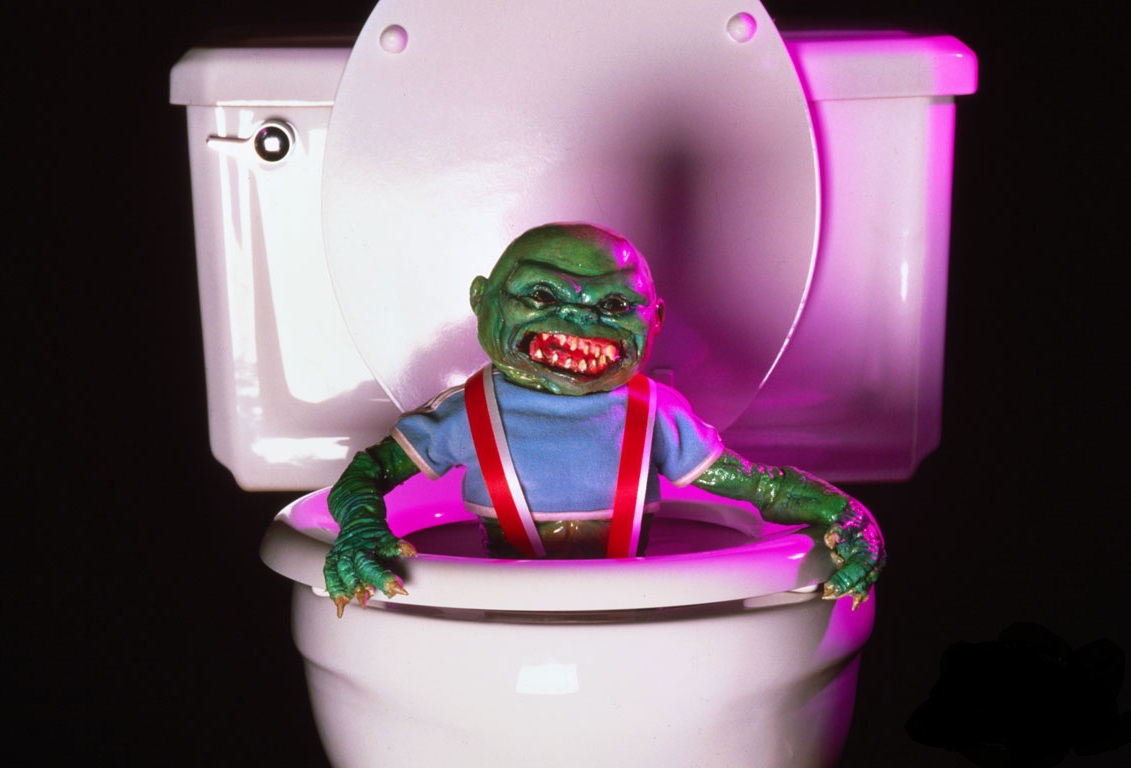 The most fondly recalled period of the 10 cycles of the Earth orbiting the Sun, for the film fanatic the 1980’s is a revered decade. The name of this very website, one which allows this Back to the Future baby, raised by the surrogate pairing of Doctor Emmet Brown and a T-800, to lay down his nostalgic scripture, is, in case you didn’t know, named after one of the era’s seminal offerings, The Goonies.

But we’re not here to fondly recall tear stained memories of E.T. The Extraterrestrial, or reminisce about a pre-Kingdom of the Crystal Skull, Indiana Jones. This is a journey into the dust covered corners of your dormant brain, to either blow away the cobwebs subduing recollections of Dune, or remove the rose tinted glasses placed on you by one Steven Spielberg. This is the real 1980’s; a dark undiscovered country of sharks with personal agendas, Police Academy assignments without Steve Guttenberg, and Howard the Duck before he was a meta credit sting.

It’s a widely held belief that we exist in a time in which originality is thought to be dead. You’ll hear people bemoaning the amount of sequels, reboots, and reimaginings that occupy the LED screens at your local multiplex. Cast your eye back 30 years to “the glory days” that are the focus of this trip down memory lane and you’ll find a couple of sequels for Kal-El, a fifth instalment of a comedy series, and a franchise non-starter based on trading cards that came with a free cardboard tasting stick of bubblegum. It wasn’t all whips and fedoras. Let’s climb in the hazmat suit, top up the weapons grade plutonium, and set the clock to 1980.

The beginning of the decade saw the release of the granddaddy of cinematic disasters; Michael Cimino’s Heavens Gate (1980) was anticipated much in the same way you’d expect a Tarantino film to be these days. He was fresh off The Deer Hunter’s triple Oscar whammy, it was a sweeping epic seemingly steeped in the tradition of Hollywood’s greatest love stories, and then the worrying reports began to leak.

An overbearing director, an escalating budget, huge production delays, so much so that John Hurt was able to disappear to make The Elephant Man, tales of horrific animal cruelty, it was the Titanic of its time, but without the happy ending. Clocking in at a whopping 3hrs 30mins, Heavens Gate was a financial disaster, grossing just $3.5m, it only ran for only two weeks and all but ended Cimino’s career.

Time has been kind to the project; you get the distinct feeling that there was a mob mentality from the critics upon release, a wave of one-upmanship in the form of vitriol. It remains a staggering achievement in scope and ambition; few films look as breathtaking as Heavens Gate, a movie rife with subtext on the greed of America and a deconstruction of the earliest form of the American dream. Admittedly, it is a bit bloody long though.

At the other end of the quality spectrum is The Garbage Pail Kids Movie (1987); one of the most inept, poorly executed attempts at filmmaking you’re ever likely to see, and depending on your tolerance for the terrible, also a perversely fun watch. Along with a lot of the films that’ll be mentioned here, this was the centrepiece of a VHS rental kids video party half-remembered through the haze of time. Nostalgia does it very few favours.

A parody of the still popular Cabbage Patch Dolls, the anarchistic characters of the trading cards were huge playground currency, so the idea of a movie seemed logical, right? Arguably one of the worst movies ever made, it holds a 0% rating on Rotten Tomatoes. GPK is the story of Windy Winston, Foul Phil, Nat Nerd, and Ali Gator, who crash land in their garbage can spaceship and help a young boy named Dodger to beat the bullies. Too disgusting for kids, too ridiculous for adults, it’s worth watching to marvel at the atrociousness of it all, and so that you can finally see what the bottom of the barrel looks like.

Masters of the Universe: Revelation Part One Review