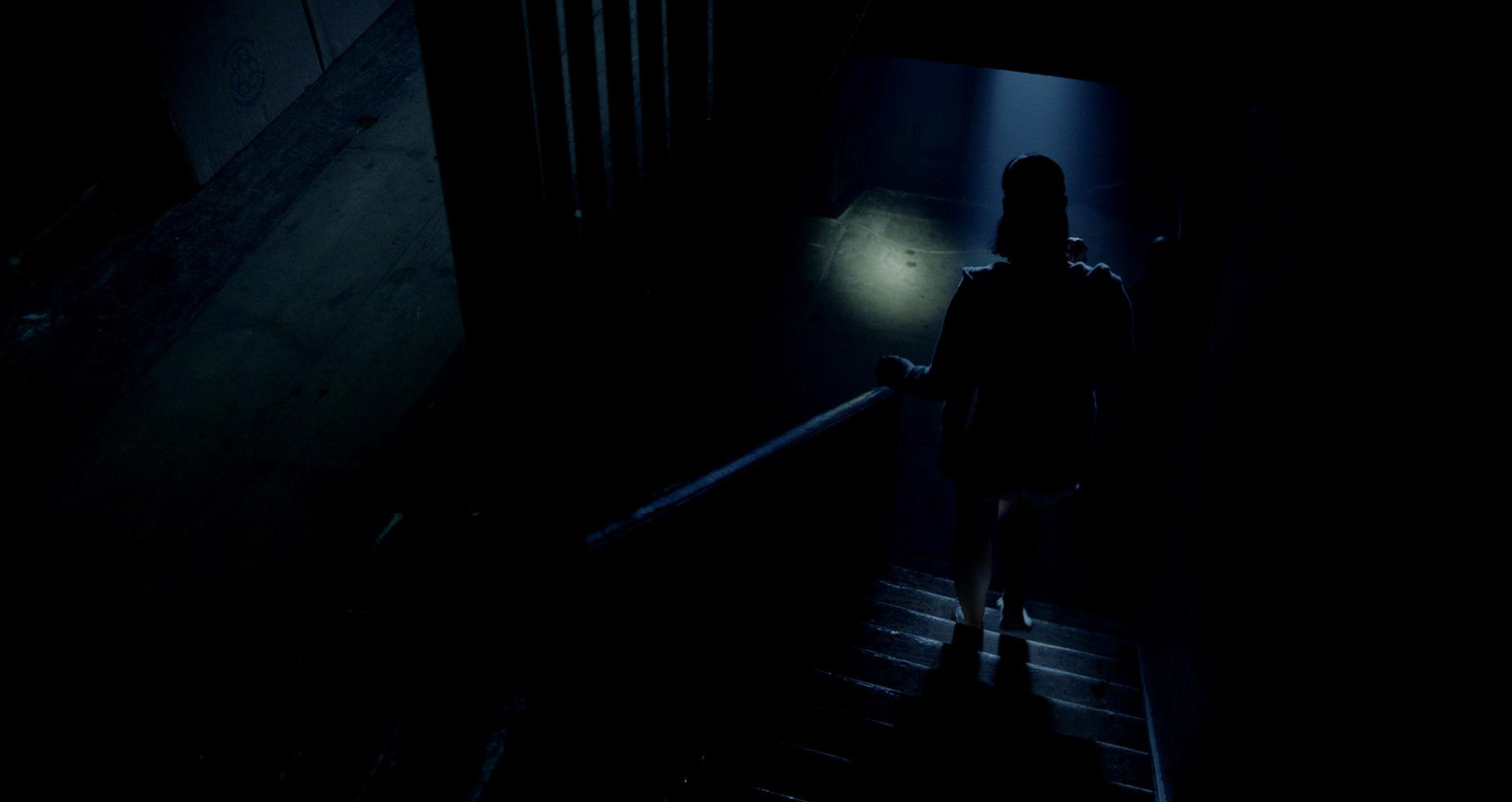 Having returned from the Moorish and Amazonian horrors to enter the multiplex – the home of the celluloid dream that has dispatched many a willing viewer to their homes to be terrified by creaking floorboards, so this week we find ourselves returning home. What better way to launch the ‘Unwanted Guests’ feature and whet the appetite than with a review of British made home invasion horror White Settlers?

Whilst the title carries connotations of colonialism, the drama here penned by Scottish writer Ian Fenton and helmed by director Simeon Halligan looks to the border of England and Scotland, and exploits the timely events of the upcoming referendum. Removed from the focus of the referendum however, White Settlers is a film to be admired for its simplicity and ability to strike a tempered balance between suspense and violence – high on the former; sparing on the latter.

Production of White Settlers rolled whilst we were still in the throes of discovering You’re Next. But White Settlers more than holds its own against this formidable rival. Whilst the former was most at home in the action orientated post-suspense phase of its narrative, White Settlers revels in suspense, which becomes a drawn out dance, albeit a thoroughly enjoyable and well executed one.

While films should exist independently, they should also exist as part of a cinematic social context, and together these two films through their employment of action and suspense show the different tonal constructs of the home invasion narrative, although with the habitual crossover of the two. The only question pertaining to each individual film is which is allowed to be the dominant force. But together they offset and contribute a more considered perspective of the home invasion sub-genre, and comprise a complimentary double feature.

The conclusion of White Settlers will be a divisive one, where for some the motivation of the antagonists will lack weight, whilst for others the conclusion will hold a certain power. For some there will be a conflict where both are felt, a powerful conclusion hindered slightly by exposition that fits uneasily. White Settlers deliberately eyes a specific motivation, but it does not mistake what is a simple case of xenophobia. Just as religion is exploited by evil men to justify their deeds, so the motivation in White Settlers clouds a basic xenophobia. If one peers through the fog White Settlers plays on a troublesome aspect of humanity that boiled down is a fear of the ‘Other’ and a ruthless sense of self-preservation and entitlement.

As the terrorised couple Lee Williams and Pollyanna McIntosh anchor the film in its movement from comedy to terror. Whilst watching McIntosh embody Sarah’s terrorised descent, there is the obvious physical resemblance to other characters she has played, but equally there is a transformative quality that comes from an aura that McIntosh inherently possesses. Whether it lies in her eyes one is never sure, but she nevertheless emits this transformative quality that lends White Settlers’ Sarah a distinct feel. McIntosh continues to root herself as an actress who can act through a silent presence, and emotion without a reliance on words.

White Settlers is a suspenseful watch, and Halligan shows a deft hand at creating tension and mood, singling himself out as a filmmaker of promise. Speaking with Greg Olliver recently he spoke of the difficulty to create tension, but Halligan takes to it like a duck to water, understanding how to manoeuvre his camera with his cast, and how to exploit empty space and the insinuation of a threat. In Halligan’s world less is more, and violence is the punctuation and means to escalate the suspense, whilst never becoming subservient or indebted to the violence.

Cited by some as a referendum horror, it will interesting to see how White Settlers plays in the future; whether it will transition from a present day topical horror to a traditional home invasion entry. Its fate remains uncertain, one certainty is that whilst genre cinema thrives, the home will be transformed from a place of safety to a place where protagonists live out their worst nightmares; whether supernatural or real.