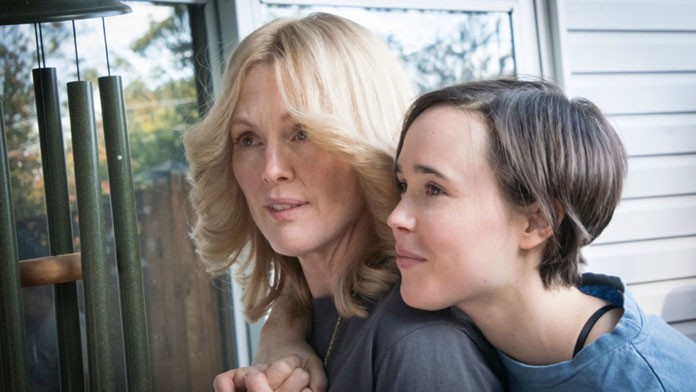 A film that explores issues of equality for any one group, in any shape or form, always starts out along the right path. It’s just how it proceeds that matters – does it have the required impact to further the cause? That’s the initial question regarding Raising Victor Vargas director Peter Sollett’s new feature Freeheld, based on a true story.

Beginning life as a short (which won an Academy Award), Freeheld commendably highlights the plight of dying veteran lesbian police lieutenant Laurel Hester (Julianne Moore) and life partner Stacie Andree’s (Ellen Page) fight for justice in a frank and moving way. It followed the last couple of months in Hester’s life, as she battled both terminal cancer and getting her police pension benefits rightfully past onto Stacie after her death. Sadly, Ocean County, New Jersey’s Freeholders’ Court did not unanimously agree. This film follows the same trajectory, albeit picking up much earlier from just before the pair met.

Sollett’s project suffers from a very ‘by-the-numbers’ screenplay from Ron Nyswaner, who had also been the Oscar-winning screenwriter behind the moving, Tom Hanks starring drama Philadelphia (1993). It feels as though Nyswaner has delivered an all too obvious tale of cause and effect, compounded by Sollett’s plodding direction. He does not adequately flesh out the protagonists as a fully-fledged, loving couple and partnership – and in turn, allow our feelings regarding their harrowing struggle to manifest organically.

To make matters worse, the filmmakers have two of the best actors in the business in the leads in Moore and Page. Indeed, they both deliver a naturally sweet and warm chemistry – albeit using clichéd lines to enforce it. However, what actually made their characters unite and tick as a couple feels wholly missing from this, considering their different backgrounds (professions) and age gap.

We also want to know why Moore’s Hester was adamant about fighting for ‘equality’ not ‘gay marriage rights’ when her situation is hijacked by the flamboyant gay marriage rights campaigner Steven Goldstein, played by an excessively theatrical Steve Carell. Goldstein may well be a very big personality, but Carell’s portrayal here completely dominates proceedings, to the point that it drowns out our protagonist’s voice. It also adds a questionably comedic tone to the film when he is on screen. That said, Carell in full flow cannot help but be amusing, especially as he ruffles the feathers of the court and the token straight character – and our moral compass, fellow officer and Hector’s partner Dane Wells, played by an ever solid Michael Shannon.

Freehold is full of promise with its A-list cast and strong female leads, and is certainly well-meaning in its approach. It’s just a crying shame it’s been let down by the filmmaker’s superficial handling of an intriguing subject matter and potentially engrossing love story. It’s tamely adequate but not nearly satisfying enough, even though it does warrant the odd stray tear.

First look images land for season 2 of ‘The Umbrella Academy’

Michael Shannon stars in new trailer for thriller ‘The Quarry’