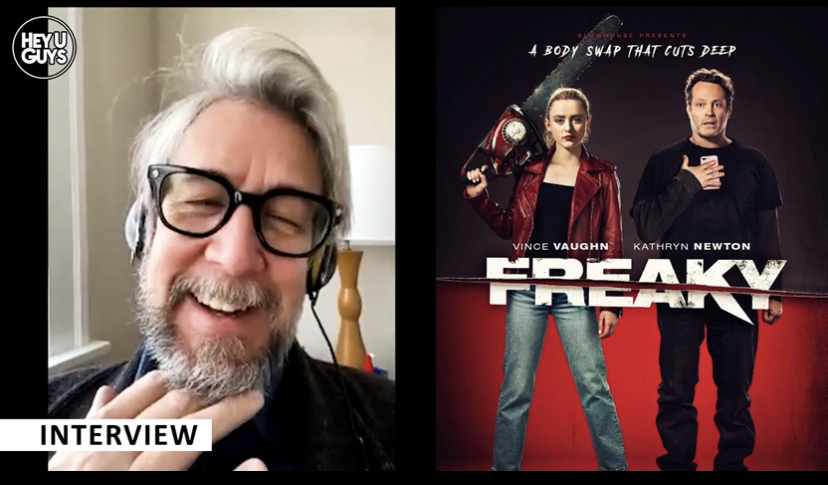 Freaky is one of our favourite horror flicks of the year, and is now available to own at home – and to mark this most joyous of occasions, we had the pleasure in speaking to one of the film’s stars, the brilliant Alan Ruck. The actor, who plays Mr. Bernardi, discusses the enjoyment he has making this project, while also looking back over his own time spent at school.

Nostalgia was a key theme in this candid and entertaining chat with Ruck, as he looks back over a remarkable career – and life – with a spotlight on the cult favourite Ferris Bueller’s Day Off, as he talks about his experiences showing that film to his kids. He also looks to the future, as we can’t help but speak about the forthcoming third series of Succession…

Seventeen-year-old Millie Kessler spends her days trying to survive high school and the cruel actions of the popular crowd. But when she becomes the latest target of the Butcher, the town’s infamous serial killer, her senior year becomes the least of her worries. When the Butcher’s mystical dagger causes him and Millie to magically switch bodies, the frightened teen learns she has just 24 hours to get her identity back before she looks like a middle-aged maniac forever.

Charlotte Ritchie on the resourceful sci-fi Repeat, the fun had on Taskmaster & the return of Ghosts…