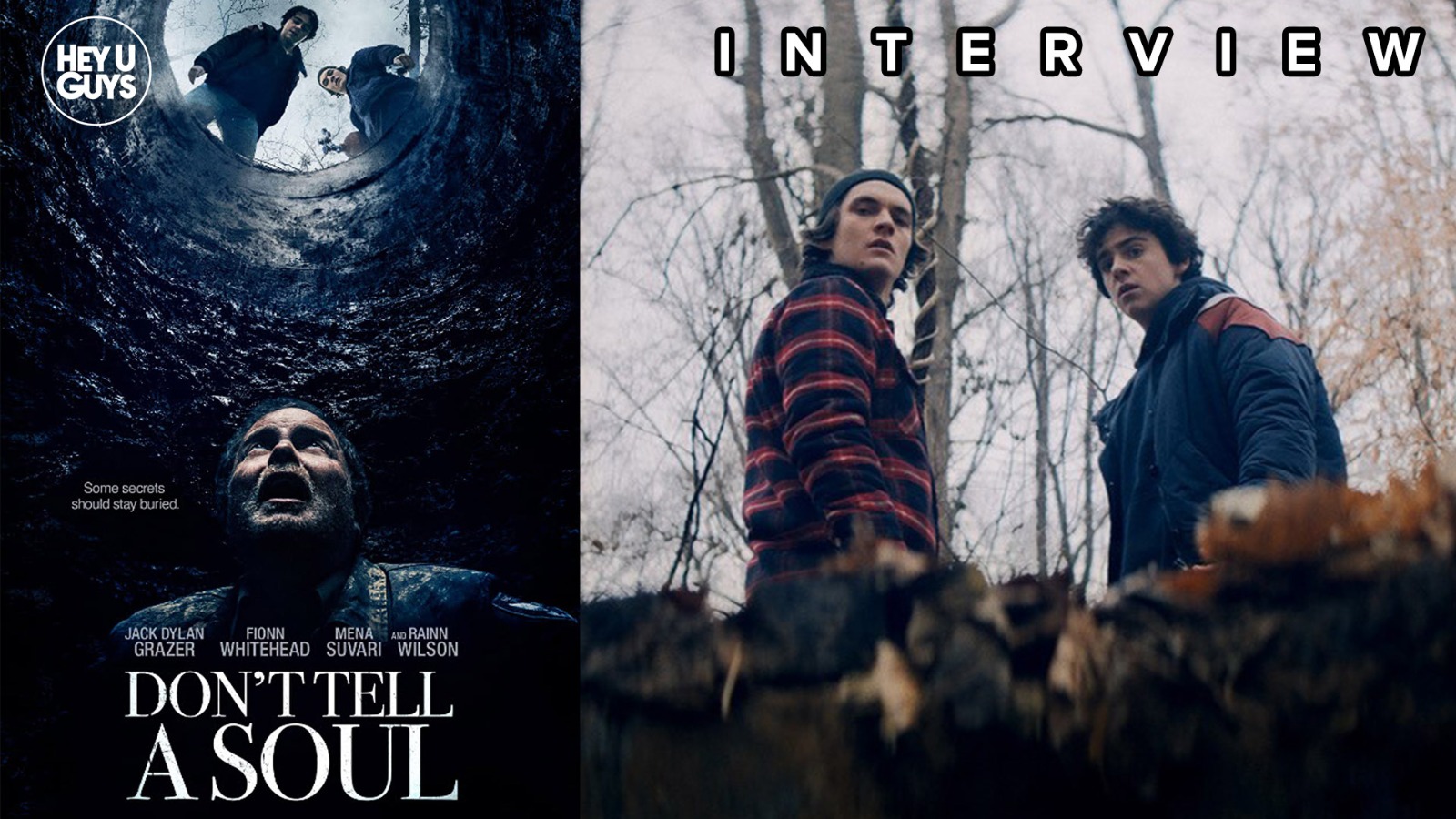 Don’t Tell a Soul is gripping new thriller Alex McAulay, about two brothers, and a cop who has fallen down a well. We had the pleasure of speaking to the aforementioned siblings, British actor Fionn Whitehead and the younger American star Jack Dylan Grazer.

The duo discuss the compelling screenplay, and the experience playing brothers in this production. They talk about co-star Rainn Wilson and what he was like to work with, and whether the poor man was actually down a well, or if that’s just the magic of cinema. We also look over other projects, discussing with Whitehead just how much he owes to Chris Nolan for giving him the opportunity to shine as the leading role in Dunkirk, while Grazer speaks about his time on We Are Who We Are with Luca Guadagnino, as well as the forthcoming sequel to Shazam, which we can’t wait to see. We also ask Whitehead about his time working with British TV icons Reese Shearsmith and Steve Pemberton.

Watch the full interview with Fionn and Jack below:

A security officer falls down a hidden well while chasing two teenage brothers who stole more than $12,000. Desperate to get out, he soon tries to convince one of the siblings to set him free and save his life.

DON’T TELL A SOUL comes in in theaters in the US, On Demand and Digital on January 15th, from Lionsgate and Saban Films.