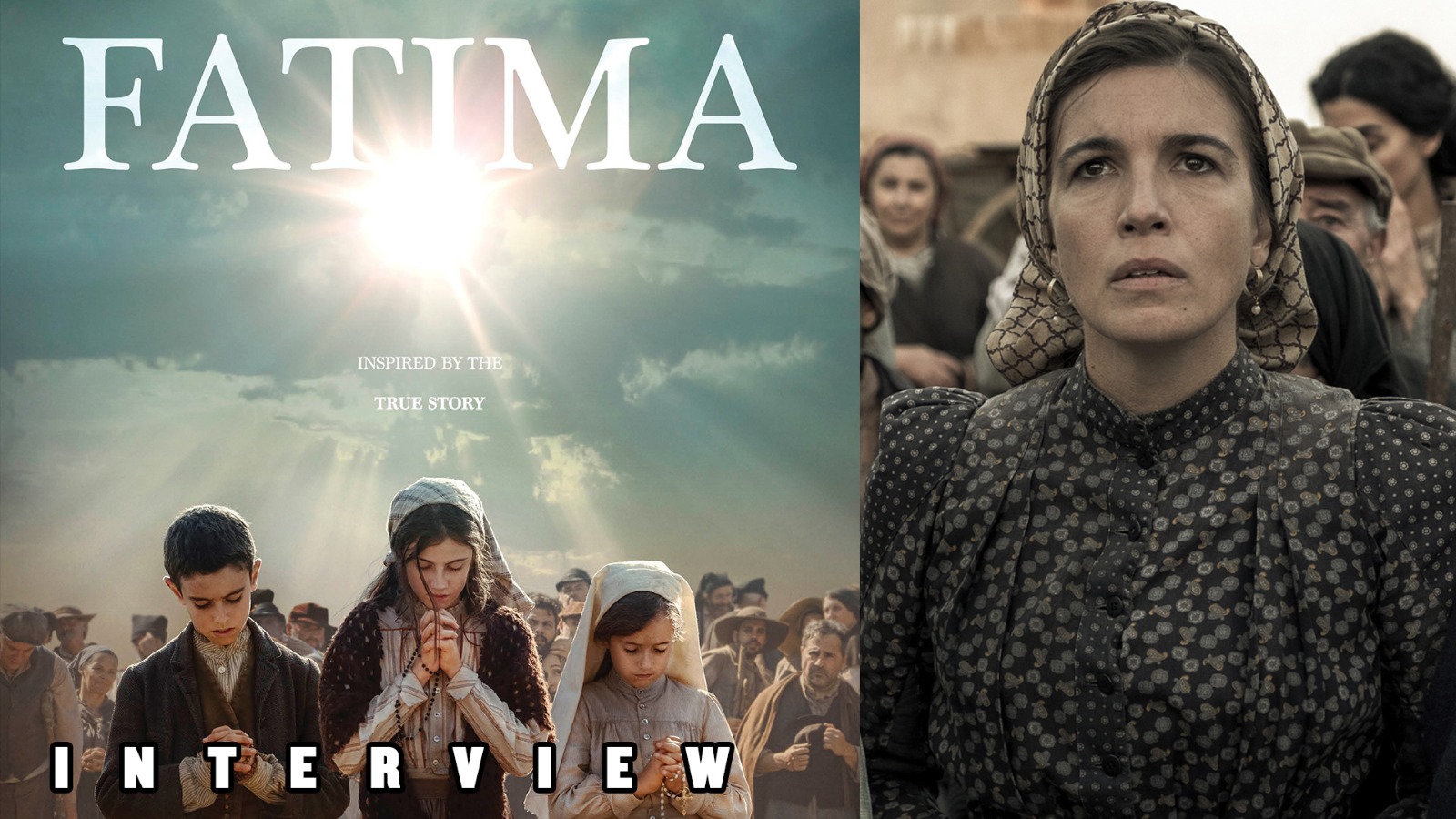 Released today in both cinemas in the United States, and On Demand, Fatima is a film about finding hope in the most desperate of times. To mark the release, we spoke to a trio of the leading cast – Lucia Moniz, Joaquim de Almeida and newcomer, Alejandra Howard.

We discuss the religious nature of the film, and why this tale has universal appeals, with Moniz and de Almeida talking about the significance of this true story in Portuguese history. Howard comments on her role – one of the three young girls at the centre of this tale – and whether she wishes to pursue a career in film. Moniz, on the other hand, talks about one of the very first projects that made her – Love, Actually, as she talks about working with Colin Firth, while we also get in a cheeky question about the time she represented Portugal at the Eurovision Song Contest. And finally with de Almeida, we talk about how he’s always cast as villains in Hollywood, and why a movie of this nature was a welcome turn (albeit the second time he has performed in an adaptation of this remarkable set of events.

Watch the full interviews below with all three performers:

A trial of faith unfolds at the apex of World War I, when secrets are revealed to three courageous Portuguese children through a series of apparitions, while their doubting family and aggressive government officials try to silence them.

Interview: David Gordon Green on Our Brand is Crisis