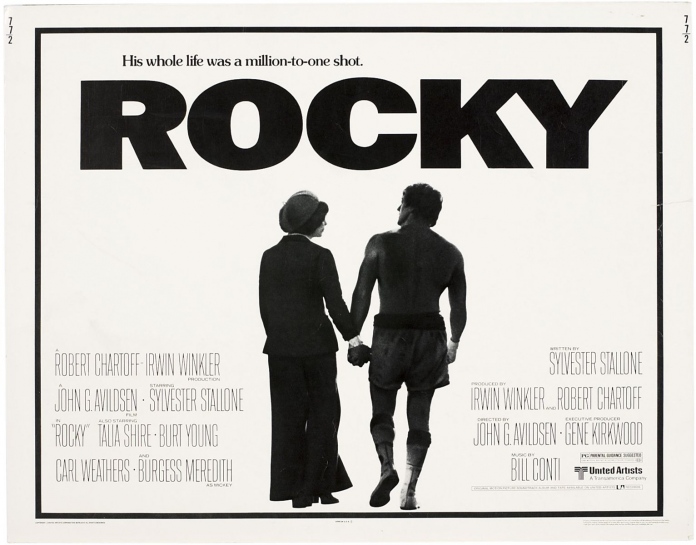 In part two of our chat with legendary composer, Bill Conti, we discuss working on the Rocky sequels, challenges on big productions and Creed. You can read part one of this exclusive interview here.

You worked on all but one of the sequels – how did your approach to the score change as the film series progressed?

Well, there’s an interesting thing that happened on the sequels. I wanted to do something different in Rocky II. I thought, why can’t I just come up with something else? Why do I have to do the same thing? I got into a bit of a dust-up, a little bit of an argument with Stallone and the producers. They were saying ‘No Bill, you gotta do the same thing. We really want you to do that’.

So in middle of that I end up doing a James Bond picture, the producers said when James goes into action I hope you don’t mind playing his theme. Now it clicked in my head, because I was a James Bond fan. In those days it was 25 years of Bond and it really had established that theme. Then now it made sense except that after the first Rocky we didn’t know there would be five or six of them. He can’t do the running without that song. I was the last guy to realise that [laughs].

Rocky V and its score seemed to have a different tone to the previous sequels – how was it from your perspective to break away from tradition?

You’re going to have to forgive me – they all seem the same to me. I did the Karate Kid and can’t tell them apart – it’s always the same music but twisted a little. I think you have to change if you are a franchise and it was the same with Bond. In the beginning you had John Barry and he would do Shirley Bassey – you can’t do that for 50 years. By the time Paul McCartney comes in, I do a song and then Duran Duran. These time stamps really kind of change because the people have to change. The very fact they could do five or six Rocky’s is just incredible to think about that.

On some of them, yes. The Bond people are not nervous, they have a big budget. They are very calm, know what they want and there’s no craziness. Other projects you only get a feeling of satisfaction when you finish and get out of there. Satisfaction is one thing and then there’s relief. I was only like that with a small number of my pictures where you’re praying for the end.

Another one of your signature scores is Masters of the Universe. How was it for you to work on that film?

The difficult thing about that picture is that we recorded in Munich and I didn’t even go cos’ there was some musicians strike in America. Those kinds of pictures have wall-to-wall music, you begin and you don’t finish until the last frame at the end. I’d never done that sort of picture before. The director was very good, I liked him. Even though I didn’t do the sessions in Munich, when it came back it was like mixing for two weeks. It was fun, I would’ve loved to have done more like that. It’s a lot of work though, I tell you that.

Was it challenging working on that size of production or more the genre itself?

The action film, at least today, and even before just doesn’t stop and use thousands of little notes you put in there. Sometimes the action film doesn’t get recognised as much with the exception of the likes of Star Wars or any of the Spielberg action pictures. But a lot of times there’s a lot of work and a lot of fun but they don’t get recognised as much as they should. The Mummy pictures, all of those have great scores but just seems like nobody cares.

At the time you had iconic scores in Superman and indeed Star Wars, so was it difficult to keep those out of your head?

Don’t forget the producers and directors who if hiring me in the early days when Rocky was a hit, they wanted to hear the brass and wanted it to be Rocky-like. Then Star Wars comes out and every other picture sounds like Star Wars, which is not good. I’ll say that about the James Bond pictures is there’s no imitating in terms of the new guys that are doing it, you didn’t want to do it like John Barry.

I did The Thomas Crown Affair and it had a wonderful score by Michel Legrand, a great score. But the director said to me make-believe you didn’t hear it, I am gonna shoot it differently and you just do different music. If it’s a sports picture then you try stay away from the Rocky ending.

How did Rocky impact on your relationship with directors/producers on later films?

There is a dilemma when they put, say, Star Wars as temporarily music to the cut. I did a picture called The Right Stuff and they used Gustav Holst’s The Planets – the director said, do it like that. Then he said, do it again and closer to that. I said, look I can’t do that it’s just called stealing and said if you like it so much why don’t you just buy it.

Your career has been pretty varied over the years. How different is it to work on  TV projects than film?

Well, TV is different for a lot of reasons. Like, when I was doing it you had a minute to minute and a half for the title. Today they do 10-15 seconds, very short titles. So in Dynasty you had the chance to give a feeling of what the show was going to be like. The same with Cagney & Lacey and Lifestyles of the Rich & Famous. You gotta be interesting and you gotta go fast.

Today they give composers maybe three or four days to do the music before it goes on the air. So when you look at a television show and the music isn’t that good, well the guy only had three or four days! It’s not as good as it could be because they just don’t give the guys time.

Going back to do the sixth and final Rocky film, Rocky Balboa, must have been like a homecoming for you…

It was in a way but to be honest, if I got to be honest, the composer who is working on a sequel has got to re-hang, re-invent and keep some of the same stuff. The challenge isn’t as great. It was more electronic in Rocky Balboa. It’s not as challenging as a new piece of film and new piece of music when you start from scratch.

Have you seen Creed and what did you make of its update to familiar pieces of music?

I have not. I was disappointed that they didn’t want any part of me for no reason at all, they didn’t even want Stallone’s fight choreography either. They wanted to do it that way and look there’s nothing wrong with that. I don’t have a contract for life with anybody. I didn’t do Rocky IV, as you know. The only answer I can give is that they didn’t ask me to do Rocky IV.

Why didn’t they ask me? I don’t know to do this day, it doesn’t matter, I don’t care. I did the first, second, third, fifth and sixth. It was just a little strange that there was no contact at all. They didn’t owe me anything, they wanted to do something new and different. I did the Academy Awards show 19 times and when they used someone else, I was always disappointed but had no reason to be because they have a right to ask whoever they want. There’s no reason why I shouldn’t do every one, maybe I am just strange. I don’t know [laughs].

Have you considered following in the footsteps of the likes of John Williams and do concerts in London or indeed elsewhere?

I would but would have to be asked first. It’s a little bit more complicated than that and like everyone else that goes they have agents and deals that are made and all that. But I would do it but only for the right reasons and not just for a plane ride to London [laughs].

This interview appears on HeyUGuys by kind permission of Thomas Alexander.

‘Star Wars: The Empire Strikes Back’ to play with live orchestra at the Royal Albert Hall

The Royal Albert Hall to celebrate John Williams 60 years in movies with series of Films in Concert presentations.