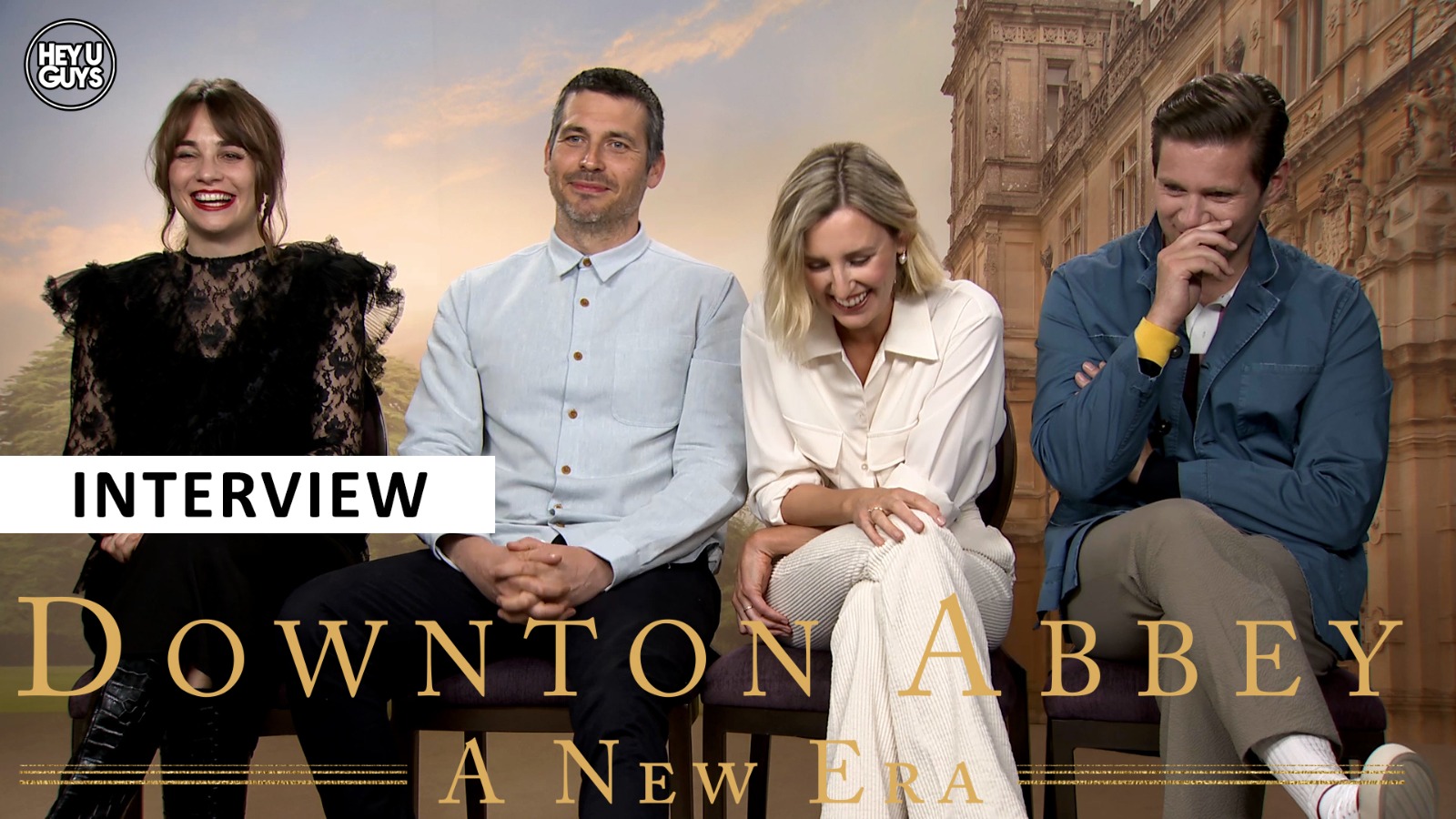 Downton Abbey, more than anything else, boasts a wonderful ensemble cast, with such a vast myriad of different characters, both upstairs and down, that make up this world that has become so globally popular. To mark the release of the eagerly anticipated sequel, titled ‘A New Era’, we had the pleasure a fair few of them, and yet still barely scratched the surface. Yet we were thrilled to spend time with so many, interviewing Tuppence Middleton, Robert-James Collier, Laura Carmichael & Allen Leech, where we discussed shooting in France, whether they have a Downton WhatsApp group, and of course on collaborating with screen icon Maggie Smith.

We then sat down with Hugh Dancy, Michelle Dockery, Raquel Cassidy & Kevin Doyle to speak about the allure of Downton, whether new members of the cast have to face any initiations – and whether fans of the franchise could be in line for a third cinematic outing… Watch both interviews in their entirety below.

The Crawley family goes on a grand journey to the South of France to uncover the mystery of the dowager countess’s newly inherited villa.

Downton Abbey: A New Era is out in cinemas on April 29th

Bonus Interviews with the Cast