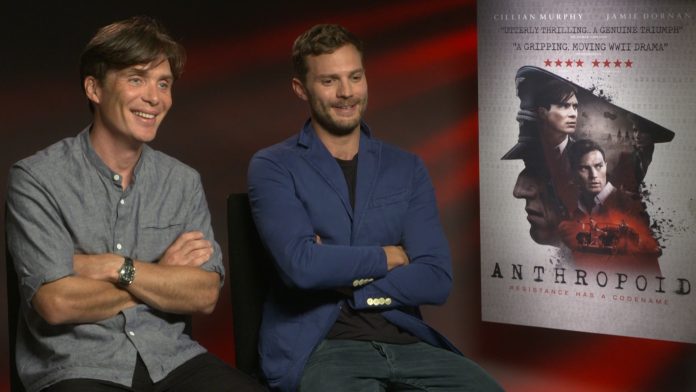 Following Metro Manila, director Sean Ellis now returns with Anthropoid – based on a remarkable true story second during the Second World War. We had the pleasure of sitting down with the film’s co-stars Cillian Murphy and Jamie Dornan, and the pair told us that seeing the director’s preceding picture played a huge part in them signing up to the project.

Cillian Murphy also discussed (briefly) his role in the forthcoming Chris Nolan feature Dunkirk, while we also Jamie Dornan about some bloke called Christian Grey who he’s become rather closely connected to.

Watch the below video to hear Jamie Dornan discuss reprising his role as Christian Grey in 50 Shades Darker – and whether he’s quite got used to be associated to such a popular character.

Anthropoid is released on September 9th – and you can read our 4* review here.