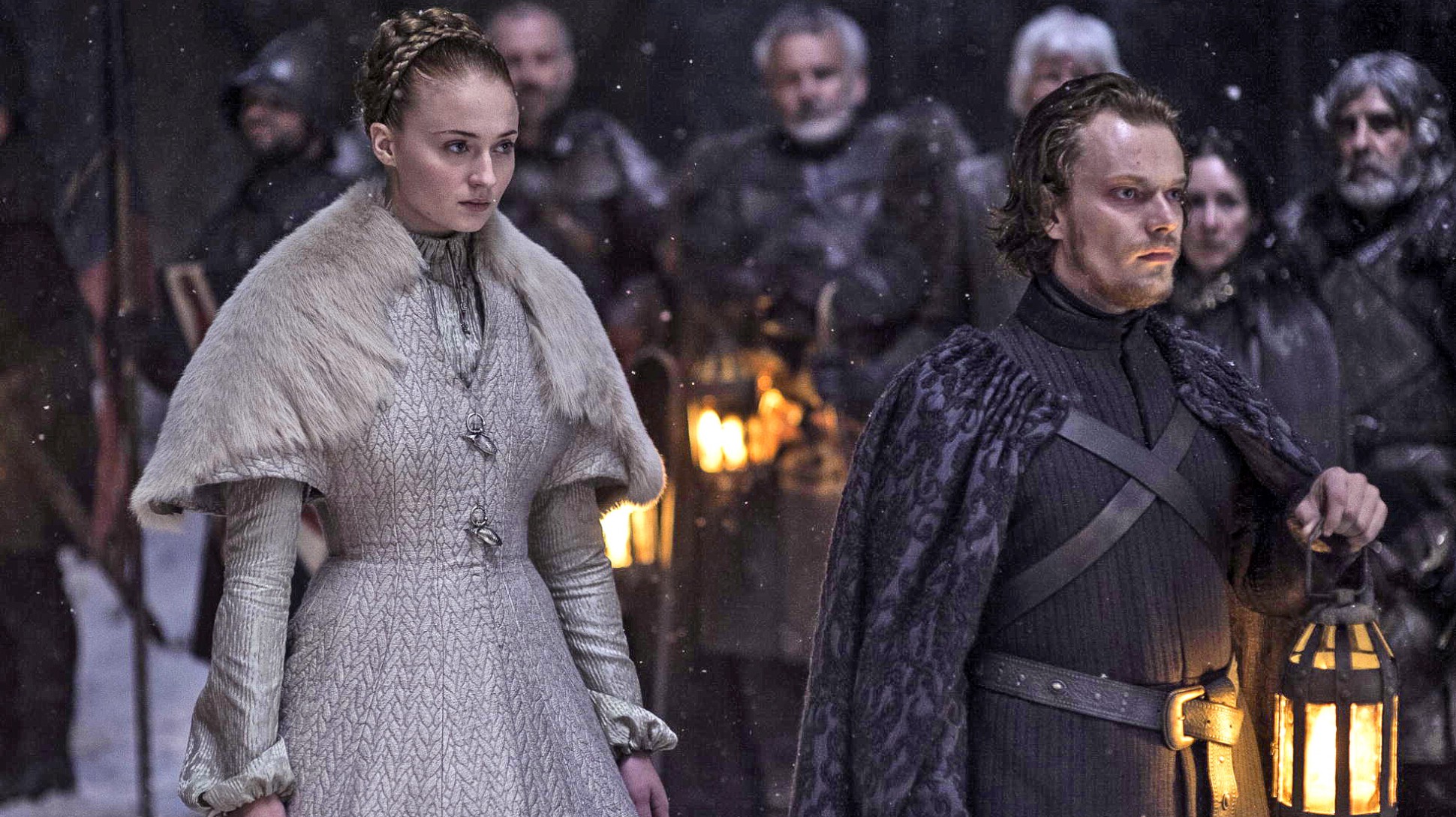 We’re over the hill and heading ever-closer to the climax of David Benioff and D.B. Weiss’ fifth season of the HBO epic, and things take a seriously distressing turn as the campaign for rule wades on. After Ser Jorah and Tyrion found themselves in hot water last week, other Westeros residents face even larger battles in tonight’s episode which closes on a deeply shocking and upsetting note.

Game of Thrones is famed for testing the boundaries; pushing the envelope and keeping its audience on consistent high alert, but some may question the final moments of this sixth hour and find it difficult to endure.

Unlike previous episodes in which the title has been indicated relatively clearly during, tonight’s outing in the Seven Kingdoms requires a sprinkle more knowledge of a particular family unit on the rise and prepped for revenge.

The words ‘unbowed, unbent, unbroken’ are a direct reference to the Martells and their ever-growing history. With the Sand Snakes keen to maintain vengeful sights set on the Lannisters in King’s Landing – not to mention the stray Myrcella Baratheon who resides in Dorne – the terms seem mighty apparent of their resilience against defeat and repression.

Prince Oberyn was a supremely loyal Dornishman, but also an emphatic warrior utterly channelled by deep-seeding rage which burned for years and years. The fire of the fallen man the Sand Snakes fight for became extremely apparent when Jaime Lannister and Bronn infiltrate their homeland in a fleeting attempt to rescue Myrcella which quickly descends into iron-wielding, whip-snapping battle.

A number of drop-jaw sequences unfolded throughout Unbowed, Unbent, Unbroken, but there is an awfully large elephant in the room which requires addressing. Those who populate George R.R. Martin’s traitorous landscape really need to learn that weddings are not a good idea here.

In Winterfell, it is the night that Sansa Stark will become reluctantly betrothed to Ramsay Bolton in order to solidify their rule in The North. The desperately jealous and unpredictable Myranda is sent to Sansa’s quarters to draw her bath and wash her in prep for the ceremony. She cruelly reels off an array of relationship stories which ended badly as she forces the black dye from Sansa’s hair, exposing her naturally beautiful orange-red locks. Clearly not intimidated nor interesting in furthering such speak, Myranda is ordered out by the Stark.

Soon Theon calls and informs Sansa that he is instructed to give her away and have her arm as they walk towards the alter. Quite rightly still repulsed and enraged by his prior acts when her overthrew her home, she refuses to let him touch her, despite the fact that he pleads Ramsay will beat him if his order is disobeyed. The outdoor arrangement takes place and as the flakes of winter snow delicately fall, Sansa agrees to take this man; a serious, personal sacrifice and something which will forever haunt her.

The newlyweds return to their martial suite and Ramsay gets straight to it – questioning Sansa’s virginity. When she proclaims she is still pure, he asks why before becoming vastly intense and wishing his new wife not to lie on their first night as a family unit. Ordering her to strip off and even worse, demanding “Reek” to stay and watch, the wicked Bolton cannot wait any longer and tears her dress, pins her to the bed and rapes her.

Theon is forced to watch the horrors through eyes littered with tears as Sansa screams in anguish and agony. Ramsay even says “you’ve known Sansa since she was a girl; now watch her become a woman” – a truly depraved and despicable act which hits the spectator like a weighted glove.

The gentleman who tied Sansa up in such a bitter web back home has now arrived in King’s Landing by royal order of the Queen Mother Cersei. Upon arrival, Petyr “Littlefinger” Baelish is stopped by the new law enforcement patrolling the Capital; the high-and-mighty Sparrows, who order him to watch his step. Hardly phased by such comments, he reaches the Small Council room to engage in a battle of wits with Joffrey’s bereft mother.

Thinking she might actually have the upper hand on the slippery brothel owner, Baelish quickly seizes control and interest from Cersei when he drops two critical slices of information: the Knights of the Vale will support House Lannister in the wars to come – in which he promises to fly the Lion over Winterfell by crushing the opponent victorious between Stannis Baratheon and Roose Bolton – but also that he knows of Sansa’s whereabouts, and that she is prepped to marry into the Bolton name.

Enraged at hearing of the Stark girl’s good health, she demands her head to be placed on a spike; a request scheming Baelish will grant when those in the Vale step into clean up Stannis’ inevitable mess. All the Queen Mother must do is have a quiet word with her son King Tommen and make “Littlefinger” Warden of the North by Royal Decree.

Everyone within personal range of Baelish is merely a pawn in his self-centred long-game; deceptively moving each and every one throughout the numerous squares until he is in a position to call ‘check’.

Tonight we got to see the innermost workings of the House of Black and White in which a focused yet awe-struck Ayra Stark is granted access to the cavernous tombs below in which a labyrinth of columns – all carved with the Many Faces of those past – stand embedded in the depths below. Her true allegiance to the Many-Faced God and the Faceless Men begins now; she will become No One. Yet despite this marvellous reveal, the finest scene in Unbowed, Unbent, Unbroken takes place in the ruling land.

In King’s Landing, an unimpressed Olenna Tyrell has arrived from Highgarden and demands for Cersei to release Ser Loras – who if you recall was imprisoned by the Sparrows for his sexual deviance. The High Sparrow holds an inquest and places the accused in the hot seat. Loras denies all charges and proclaims his utmost innocence. Despite being extremely riled by his ‘order’, Queen Margaery is also asked to sit and answer a number of questions. She may be the Queen of the Seven Kingdoms, but she does not dictate law in a religious house…luckily for her brother, she supports his testimony wholeheartedly.

Following her departure from the chair, a man is pulled in and slumped in it’s place; Loras’ squire (and lover) who happily reveals deeply intimate details about his endeavours with the Tyrell – discussing a birthmark in a sensitive place and recalling the Queen walking in on them during. Too much for the liar to bare, he leaps up and lashes out; screaming and hissing in rage.

An ice-cold smirk paints itself across the canvas of Cersei’s face as the High Sparrow detains both Loras and her daughter-in-law. Barking at her King to do something, it is clear the young Tommen really is over his head and has very little control on his marriage as well as his rule.

Dense, demanding and devastating, this sixth episode in Season 5’s campaign will cruelly linger in the mind because of a particular sequence, but despite presenting something tragic and shocking, this was a sublime hour of television engulfed with details and narrative shifts which will bleed brilliantly into next week. The warring and rebellion is just around the corner…