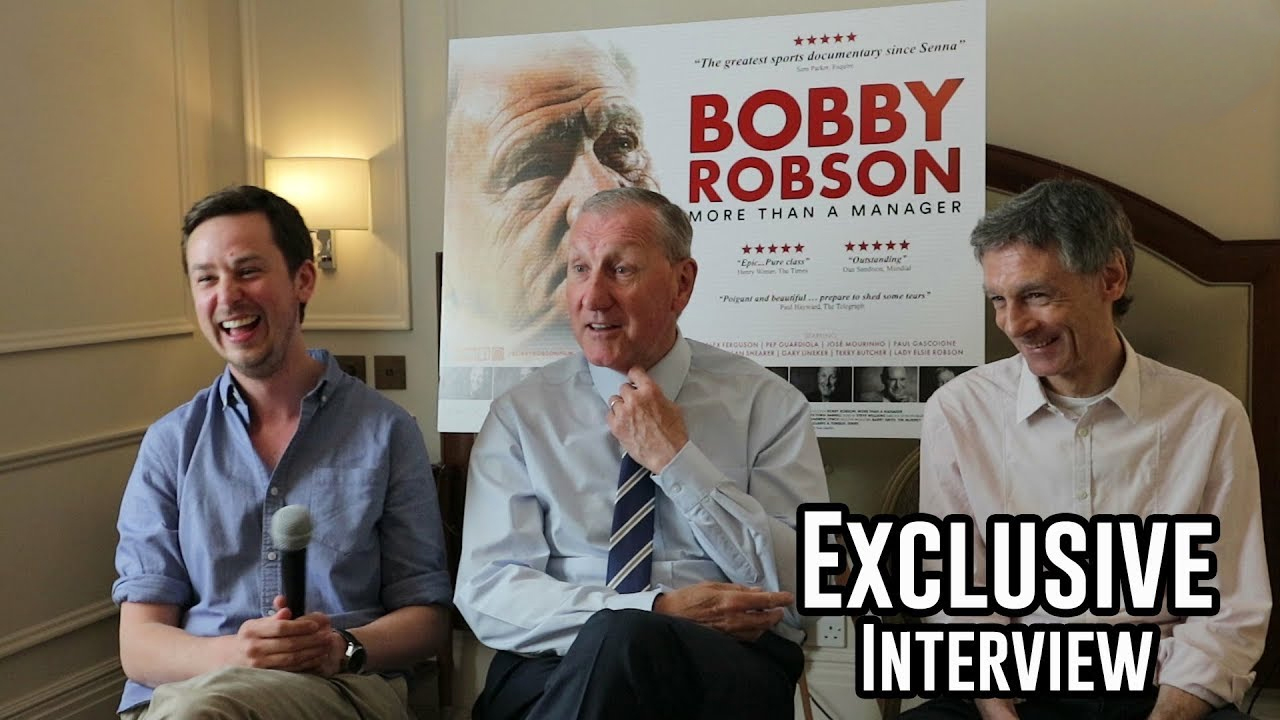 While the cinema at present is filled with Infinity Wars, solo Solos and soon the resurrection of those pesky dinosaurs, there are some small gems to be found as well and for football fans, and indeed sports fans, this week sees the release of Bobby Robson: More Than A Manager, the story of the late great football manager who took England to the World Cup semi’s in 1990 and took charge of Barcelona, PSV and his home, Newcastle United.

The new documentary, co-directed by renowned sports reporter Gabriel Clarke, takes an in-depth look at Robson’s career through the years and his subsequent health battles with cancer. Clarke says that the story itself was enough to make the film, saying:

“It’s just a fantastic story. There’s a reasonable amount of distance since Bobby died and the cancer foundation is an incredible story in its own right but if you look back at all those he influenced over his career, the A-list of football people who are at the top of their game, it’s incredible and then the season in Barcelona which is slightly unreported and his story… It’s a script that any documentary film maker would be enthused by.”

There are many famous faces in English Football in the film, from Paul Gascoigne and Gary Lineker, to disciples of his management style in Jose Mourinho and Pep Guardiola, but it’s former England captain Terry Butcher who has perhaps the most to say on Robson given a sizeable chunk his playing career was under Robson and Butcher says that he was his hero so it was easy to talk about his amazing life:

The other co-director is Torquil Jones who with Clarke spent months looking for interviews, speeches and more so that the film was almost narrated by Robson himself and would lead them through the story rather than the filmmakers telling it, adding:

“What came across right from the start was we started looking at interviews that he had done and what comes across was how emotional his voice was, he was incredibly charismatic  and it was really moving straight away. And from then it was that the best person to tell his story should be him.”

Check out the full interview below:

Bobby Robson: More Than a Manager coming to select cinemas June 1st and on DVD/Blu-ray and digital download on June 4th.