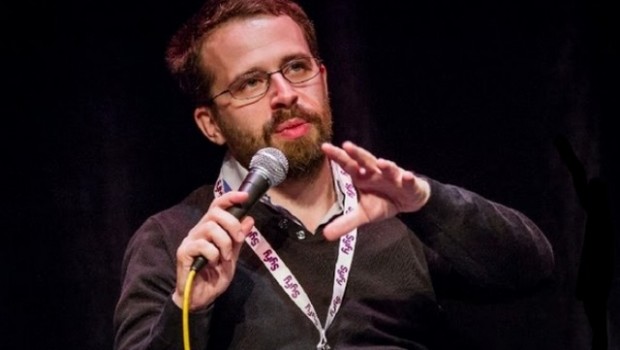 Benjamin Rocher is something of a rarity in French cinema, with a certain irreverence, to his work, a nod back to the classic, Hollywood 80s movies of old – far away from the romances and dramas that we often associate with the particular nation’s cinema.

His latest is The Sweeney: Paris, a remake of Nick Love’s 2012 endeavour. We discussed why he wanted to get involved with this project, and working with the esteemed actor Jean Reno. He also speaks of his influences, and whether he would like to make the move to the US or the Uk in the future.

There was of course the recent Nick Love film The Sweeney – which was based on the original TV series. Which is this based on?

Well I’ve never seen the series, this is purely a remake of the Nick Love movie. I saw the film and I wanted to keep the structure, but to do something completely different inside. In term of tone, it’s totally different. What is it the same is the beginning, I loved that in the Nick Love movie so I kept it, and I enjoyed the big, exterior, daylight action scene in the middle of the movie, so that’s all I kept. The rest is all mine. It starts as a remake of The Sweeney and then becomes my own film.

So why The Sweeney? What was it about this film in particular that appealed to you?

Somebody brought the project to me, and asked me to do a remake, I said yes, but not exactly as you want. Everybody was very pleased to make something more specific.

Why do you think they brought it to you as a director for hire?

Because I am famous for my production values on a very limited budget. I’ve done two movies before this one and both are zombie movies. They’re bad-ass action movies with a lot of gory stuff, which I love, and both are made on a small budget. So the producer and studio came to me with this project because they think if I can achieve this with no money, then with a little more I can do something spectacular.

So you’re not a typically French director in terms of what you do?

No, not at all. I’m not at all. But it’s an American style movie done in a French way. It taps into French culture, with French icons and references, and set in Paris, and of course is in the French language. My goal is to make different movies, with comedy, film noir, thriller and sci-fi aspects.

A lot of this modest budget must’ve gone on the casting of Jean Reno?

Yes, but it’s not such a small budget – it was half of the budget most action movies in France can obtain, so less than usual, but still, and for me, it was good.

Was the role written with Jean Reno in mind?

Yes, because when the company gave me the script they said to me, they sold it as a project with Jean Reno – and I was asked to rewrite the screenplay to fit in with my universe and my humour, and also to fit in Jean Reno. That’s why it’s so clearly perfect for him. But it’s interesting because in French cinema he doesn’t have a good reputation.

He’s more famous at this time for his relationship with Sarkozy and stuff like that, than his work in cinema. In French cinema at this time he’s not fashionable, as though he’s finished. But for me he’s a big icon and interesting to watch and to film, and in this movie I wanted a cop who was of his time, and mismatched with his environment, in a similar way to how Jean Reno is with action cinema today. I wanted to make a meta movie, with two levels and two layers.

What does writing for one specific actor entail? How do you match the sensibilities of an actor? And is it so specific that if he was to leave the project you would have to change the role?

If he leaves the project there is no movie. Because all of the financing was around him. The movie is written for him, so if he leaves it, it wouldn’t continue and I’m left to do something else.

There’s nobody else who can really play this role though, is there?

No. In French cinema today there are no icons. There are some, but they’re either dead or too old to play in a movie like this, so Jean Reno is the only iconic, French actor star who could play this part.

He hasn’t undertaken a role like this for a while though – he must’ve been pleased when you came to him with this part?

Yes, but he thought about it a long time before coming in. He’s not so young, and physically tired and he asked me why he had to do this part, because he felt he has done it already. I had to answer this question, which was very simple, you haven’t done this before. Because this is totally different. It’s a movie for young people, that moves at a fast pace. He hasn’t done this already.

The added element of course, is the fun you inject into this film. It’s very funny in parts, which you wouldn’t normally expect to find in contemporary films of this nature.

That’s what I love about action movies of the 80s. This is the sort of film I want to watch at this time. There’s no French movies like this, so I wanted to craft one, for me.

Though you’re evidently proud of the fact you’re doing something different in French cinema – would you still like to make a film in America or England? Or do you prefer to be the exception rather than the rule?

There are a lot of very brilliant, genius directors in the world, making great movies. So I don’t want to make movies that already exist because I probably wouldn’t do it as well. It’s a big risk, and no interest for me to make a movie that someone else could do better than me.

I only ask because I could see shades of Guy Ritchie and Quentin Tarantino. Are these the sort of filmmakers you’d cite as your influences? Is it predominantly directors from America and England?

I love a lot of different cinema, I’m a Pixar fan. I’m a Mad Max fan. I love Spielberg. I love a lot of cinema and video games and comic books and things like that, and it all influences me for sure. Tarantino as well, and Guy Ritchie. Even Kevin Smith – he’s a geek like me and he mixes it up really well. But though I admire their ability to mix it up, but they aren’t my main influences.

The film has been out in France a while – but you must be looking forward to its release in the UK, and how the British public respond to it?

Oh yes, I am curious. Apparently it’s going to be titled The Sweeney: Paris.

Do you like that, or is that almost tying it too closely to the original film?

I don’t know what is better for the English audience, but I’m happy with whatever they choose. This is a standalone film, but one day I would love to have a crossover. Jean Reno meets Ray Winstone.

The Sweeney: Paris is released in the UK on April 15th.

Ruby Rose stars in trailer for ‘The Doorman’

Full trailer launched for the sixth season of ‘Outlander’