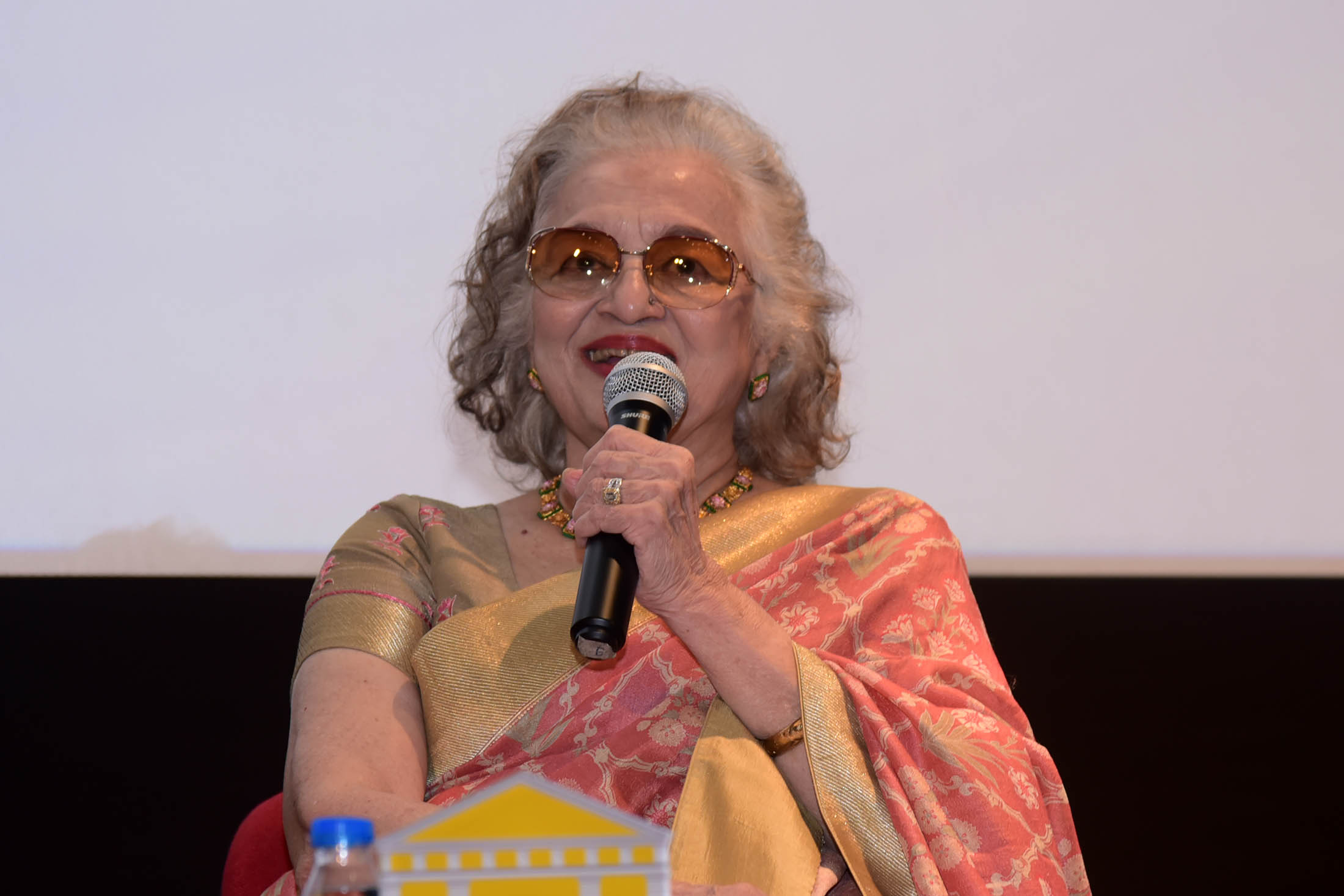 When out at the International Film Festival of India (IFFI) naturally we gravitated towards new releases to get a sense for the contemporary landscape of the industry on the sub-continent, though while we were there we had our attentions diverted to the retrospective section showing old classics as the idea of sitting back and watching a classic Bollywood production felt a fitting way to spend our time in Goa.

At the IFFI, the retrospective shows off work of the latest recipient of the hugely prestigious Dada Saheb Phalke award, working as something of a lifetime contribution to the industry, and this year it fell into the deserving lap of 80-year-old Asha Parekh. On the evening her film Kati Patang (1970) – which won her a Filmfare award for Best Actress, we had the immense pleasure of sitting down for a few moments, for a UK exclusive with the venerable actress, to talk about her latest honour, and look back across her illustrious career.

Congratulations on this award. How does it feel to personally have your career celebrated like this, today in Goa?

It’s very thrilling, I did not expect to be getting this award, which is the biggest award in the film industry, so I was overwhelmed. At first I was in a shock, I didn’t realise I had got it, it took a little time to register that I had got this award, and I am very thankful to the government, to the Prime Minister – I am very grateful.

When you found out you got the award, who was the first person you told?

I was not in the country, I was in Boston. So at about four in the morning there, they messaged me to say I had the award and I thought it was a fake thing, it can’t be true, and then somebody from Bombay rang up and said ‘wake up – you better be back by the 30th– and this was the 26th, I said, I’m in Boston. They said ‘the President is coming’ and then it dawned upon me that I had got this award, and somehow I managed to come back to Bombay and from there down to Delhi, and then got the award, and then back to Bombay.

It’s lead into this retrospective. How is it watching your films back on the big screen? Across your career has that ever got normal?

I’ve worked in so many films, that yes, it in the beginning it was thrilling, and then you get used to it. You just want the film to do well and the producers get their money which they have invested in the film, so you feel happy.

Are you quite a nostalgic person?

Yes, sometimes. One does get nostalgic.

When you watch the films back, let’s say Kati Patang tonight – do you remember memories from the shoot while you’re watching?

Yes, definitely. Definitely. There was a little kid with whom I had to work with that was a problem because the child didn’t want to work and he’d cry and run out of the set and we had to bring him back, and to keep him engaged behind the camera the director would be pulling faces, while I had to cry and speak my lines. It was a funny situation but I had to go through it.

You’ve made 95 films, is there one that you hold closest to your heart?

No, all of them are very close to my heart, if they weren’t I wouldn’t be working on them.

What do you think it is about Indian cinema that gives it a global appeal, and leads to having so many critics from around the world visiting this festival in Goa?

It’s different. The stories are different, I mean it’s more colourful and we show our culture, what it is. People appreciate that.

So what advice would you give to any youngsters starting today in the industry?

Well I would say to work hard, and keep your feet on the ground.

The International Film Festival of India ran from November 20th – 28th.  Read our round-up of the festival here.