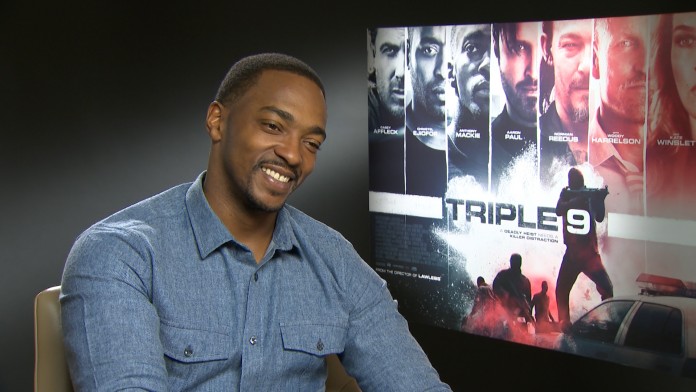 Anthony Mackie has played cops plenty of times. From Man on a Ledge, to Gangster Squad, and Christmas With the Coopers. He’s also played those on the run from the law (Pain & Gain springs to mind). His latest, Triple 9 – he plays an amalgamation of the two, and we sat down with the Marvel star to speak about his latest role.

He tells us about his admiration for the law enforcement, and how it’s been informed from his roles in cinema. He also speaks about the Marvel Cinematic Universe, where he plays Falcon – and the spirit amongst the camp, and how they all compare costumes when back on set.