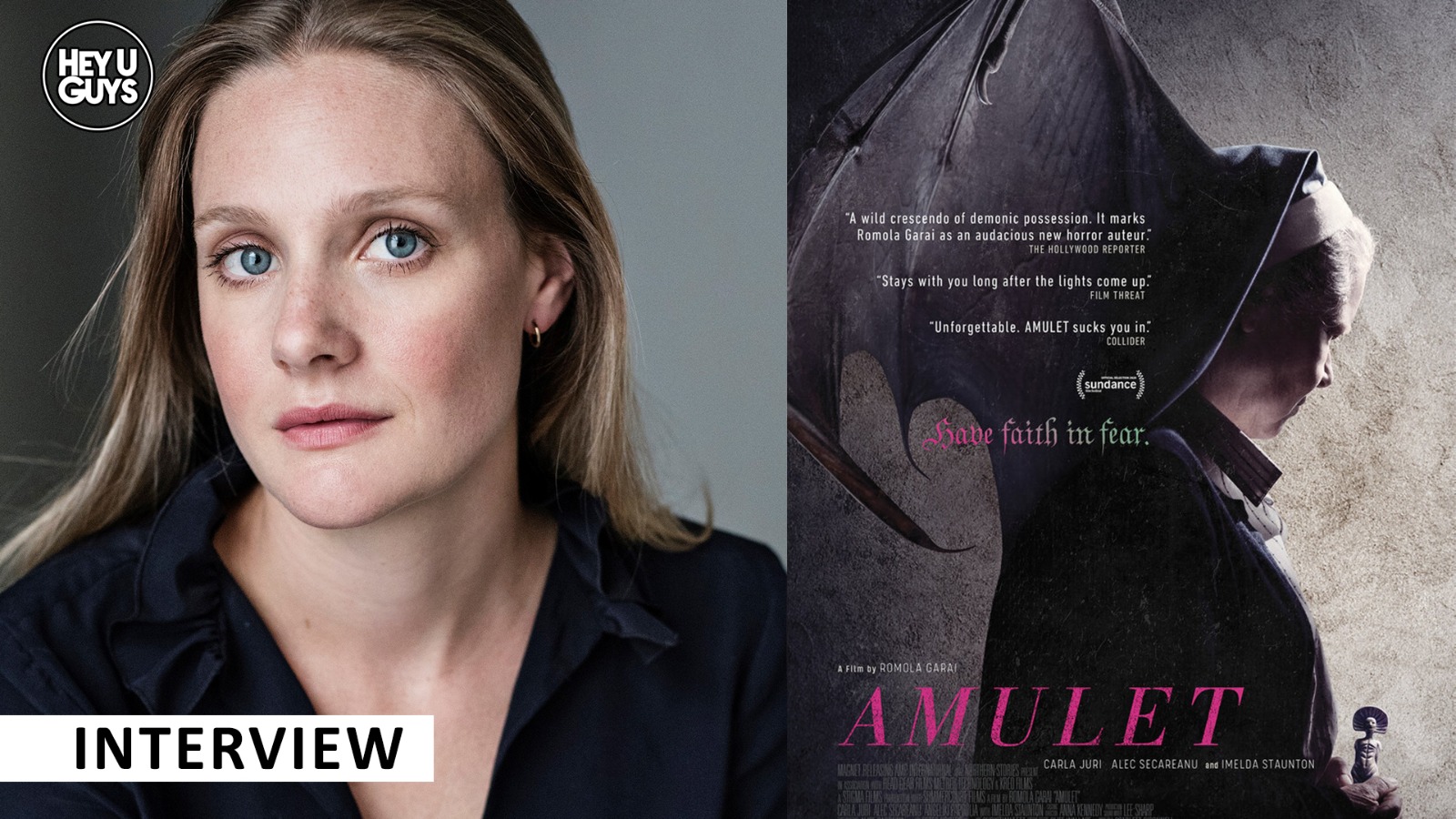 Romola Garai has been illuminating the screen for several years now, as one of Britain’s best working-actors, and is now presenting her very first feature from behind the lens: Amulet. Starring Imelda Staunton, Carla Juri and Alec Secareanu, it’s a psychological horror movie that explores a whole myriad of themes, such as PTSD, violence against women, the notion of forgiveness, and containing evil within the world.

When we had the pleasure of speaking to Garai to mark the film’s theatrical release, we spoke in depth about the themes at play, and about her own process as a director. She tells us why this is what she has always dreamt of doing, and discusses whether she could ever direct herself, and how she has got a newfound appreciation for acting off the back of this experience.

An ex-soldier, living homeless in London, is offered a place to stay at a decaying house inhabited by a young woman and her dying mother. As he starts to fall for her, he cannot ignore his suspicion that something sinister is going on.

Amulet is showing in cinemas across the UK from January 28th

Extended Interview: Mike Leigh looks back on Naked, the All or Nothing & Vera Drake Blu-Rays & the BFI retrospective