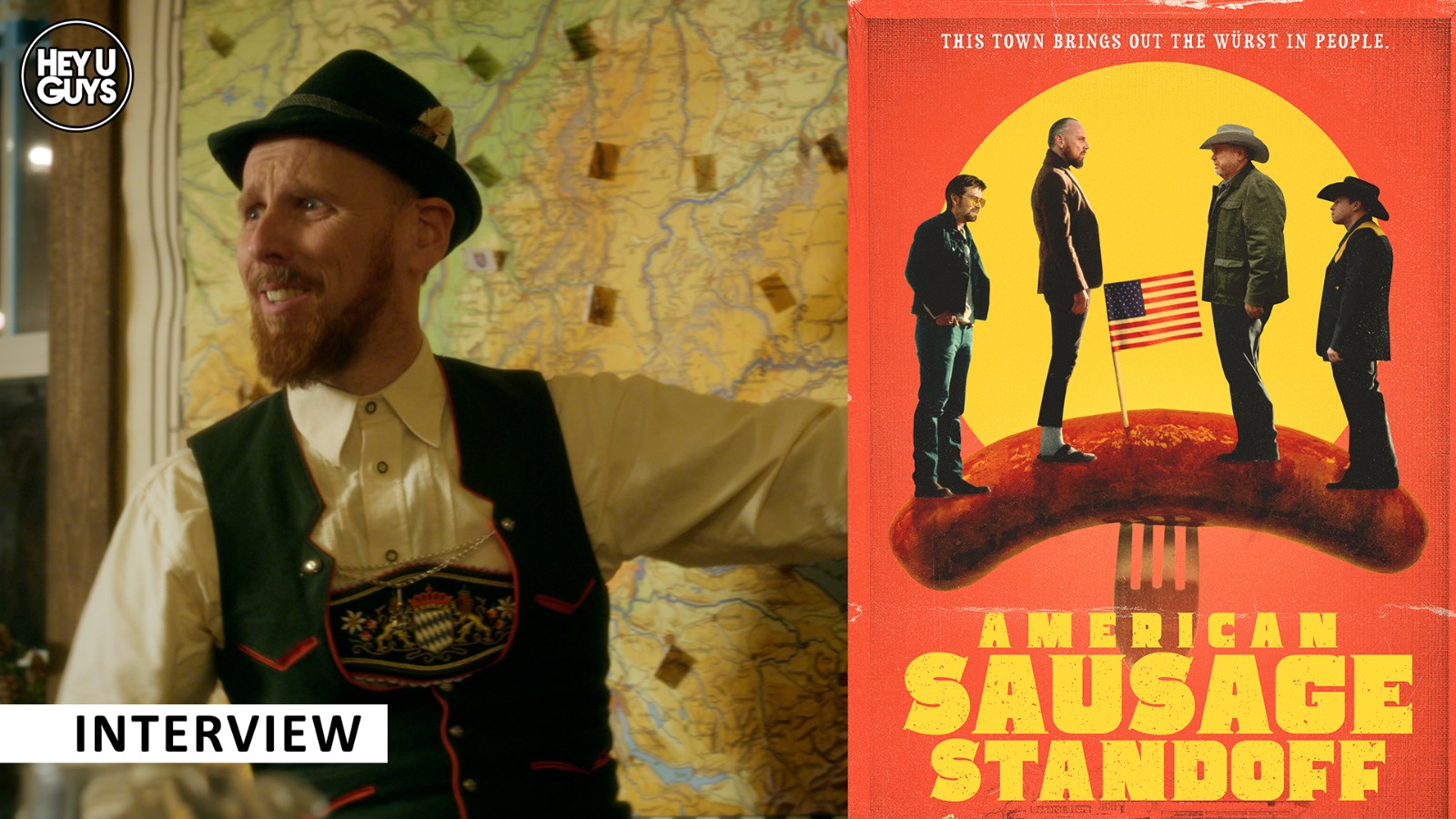 American Sausage Standoff may have a distinct whimsicality to it, a sort of strange unconventionality that deems is a rather unique piece of cinema, and yet it’s promoting positive and somewhat profound themes about modern culture, albeit, of course, being a film about sausages.

To mark the film’s release we spoke to one of its leading stars, Scottish character actor Ewen Bremner, who talks about his role, and working with director Ulrich Thomsen. He talks about being vegetarian in a film about pork, and on the themes of multiculturalism, issues within society surrounding the notion of immigration and accepting other cultures. He also talks about Trainspotting, and the strong bond he shares with his co-stars from the cult classic production(s).

Two hopeless dreamers join forces in a quest to erect the ultimate German sausage restaurant, much to the irritation of the residents of the small-town of Gutterbee, who want to keep their town wholly American.

American Sausage Standoff is out now on VOD

Charming first trailer released for Mary and the Witch’s Flower